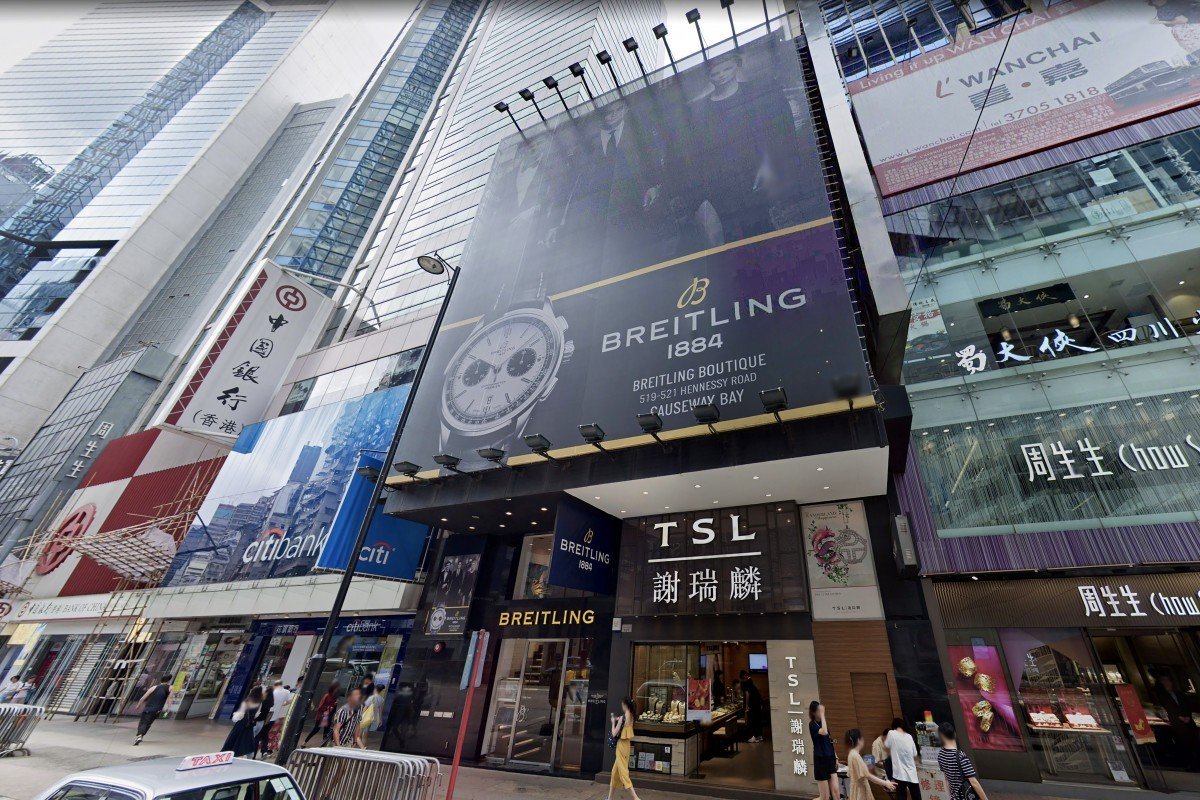 An entire block on Hennessy Road has been listed for sale for the first time since 2009. Hong Kong’s retail market might see structural shift after years of success supported by mainland Chinese spending: Savills

For the first time in more than a decade, prime commercial real estate is back on Hong Kong’s market, with an entire building block offered for sale in the world’s most expensive retail district as long-term property investors anticipate a further decline in the city’s commercial property sector.

Hong Kong’s retail sector has been hit hard, first by months of anti-government protests, and then the coronavirus pandemic. The city’s economy suffered its worst contraction on record in the first quarter of this year, slumping by 8.9 per cent year on year.

As a result, an entire block has been listed for sale near the Sogo department store in Causeway Bay. The six storey building on Hennessy Road, on the market for HK$1 billion (US$130 million), is currently occupied by Swiss luxury watchmaker Breitling and Hong Kong jeweller Tse Sui Luen. It has a gross floor area of 10,000 sq ft and can be redeveloped into a new commercial building with a gross floor area of 300,000 sq ft.

It is the first whole building on Hennessy Road to be offered for sale since 2009, when Angela Leung, Macau gaming tycoon Stanley Ho’s fourth wife, bought Continental Diamond Plaza, the block next to Sogo, for HK$838 million, or HK$18,300 per square foot. The building is jointly owned by Thomas Lee Tse-ven’s family, which owns Hong Kong musical instrument retailer Tom Lee Music, and a family office from the Philippines.

“Very few properties change hands on this strip of Hennessy Road due to its incredibly prestigious location,” said Reeves Yan, head of capital markets in Hong Kong for CBRE, which is the sole agent for the sale. “And the price is negotiable.”

In March, an entire floor in the Shun Pont Commercial Building was put on the market for HK$35 million. The building is located in Wan Chai, a block away from Hennessy Road. “The 3,564 sq ft space is going for 15 per cent less than the original asking price, after the owner saw that the number of transactions had dropped sharply recently,” said James Mak, district sales director at Midland Commercial.

The number of transactions has indeed dropped – only 20 commercial real estate deals were recorded in the first quarter, according to CBRE. These deals brought in a total of HK$7.5 billion, the second lowest figure since 2009.

“Retail [property] investment has been paused, not only because of the current situation, but also because the retail market might be about to undergo another structural shift after enjoying years of success supported by mainland Chinese spending,” said Simon Smith, a senior director at Savills.

“The market has been very quiet recently, and the potential investors we talk to now may only enter the market if they can see reasonable rent yield. With a sharp fall in retail rents, sellers will have to slash their asking prices.”

About 10,400 retail sector workers are expected to lose their jobs and at least 5,200 stores are expected to shut by the end of May, the Hong Kong Retail Management Association said. The industry body said more stores could shut later in the year.

“The owners of commercial property are obviously uncertain about the future, and intend to cut their loses right now,” said Vincent Cheung, managing director of Vincorn Consulting and Appraisal. Just as in gambling, “you would prefer to cut your losses when you are not feeling confident about winning” any longer, he added.