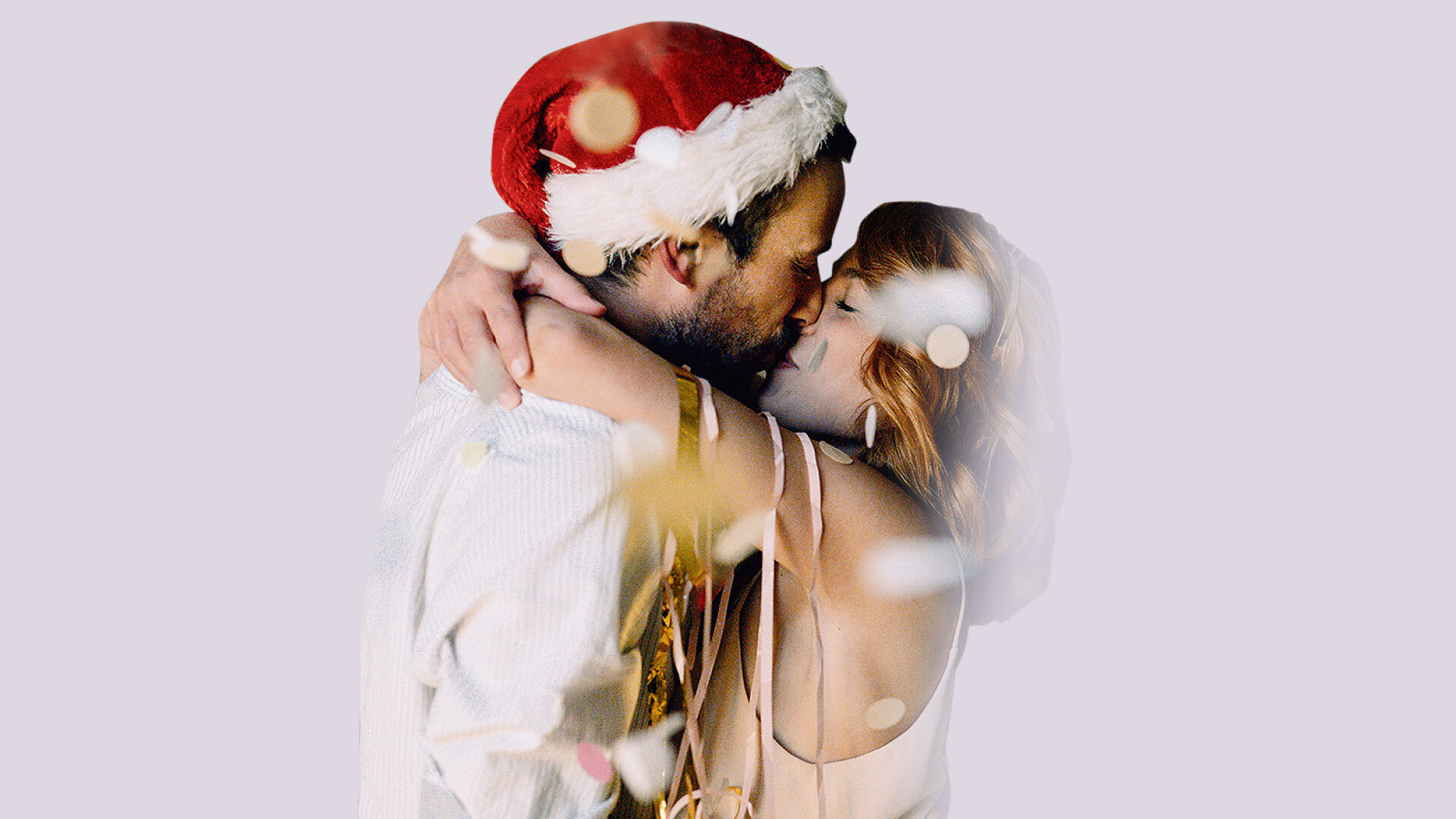 CHEEKY cockneys are the most likely to romp with a colleague after a Christmas party, a new survey has found.

Researchers found over a third - 36 per cent - had invited someone from work up the apples and pears after an office do. 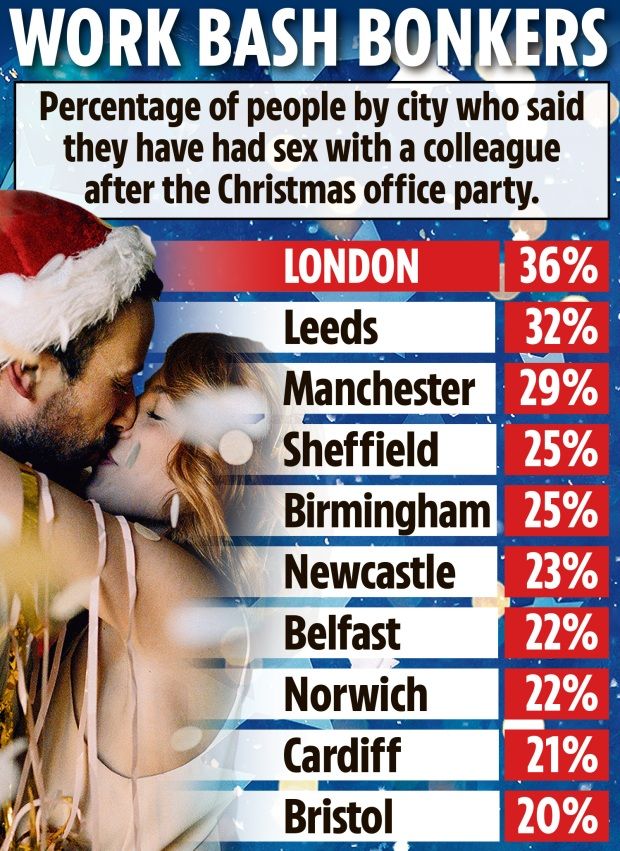 A quarter (25%) of Brits admitted to getting lucky at their work Christmas party
But over a third of them (35%) will regret it afterwards and feel guilty well into the new year.

Overall, a quarter (25%) of Brits admitted to getting lucky at their work Christmas party.

After London, party-goers from Leeds are the second most likely to end up in a clinch with a colleague, with 32 per cent owning up.

Manchester came third on 29 per cent, followed by Sheffield in fourth place on 28 per cent and Birmingham, where 25 per cent - the national average - ended up in bed.

Those less likely to get frisky are Georgies, with Newcastle polling sixth on 23 per cent, followed by those in Belfast and Norwich (22%) and Cardiff (21%).

Bristolians were at the bottom of the league table, with just 20 per cent confessing to having gone home with a colleague after a festive bash.

A spokesman for greeting card firm thortful.com, who polled 2,000 UK adults, said: “Office parties are back with a bang and many are excited to be back celebrating some festive cheer with their work colleagues.

“Hopefully Brits take this study as a sign of what to avoid doing at their work parties this year to make sure they’re not the talk of the office the next morning!”

The study also found 45 per cent of Brits have kissed a colleague at an office Christmas party.

But over half of those who go to the office do - 58 per cent - said they went with good intentions and planned not to drink too much.

Of them, 80 per cent said they ended up letting their hair down and having a great time.
Add Comment