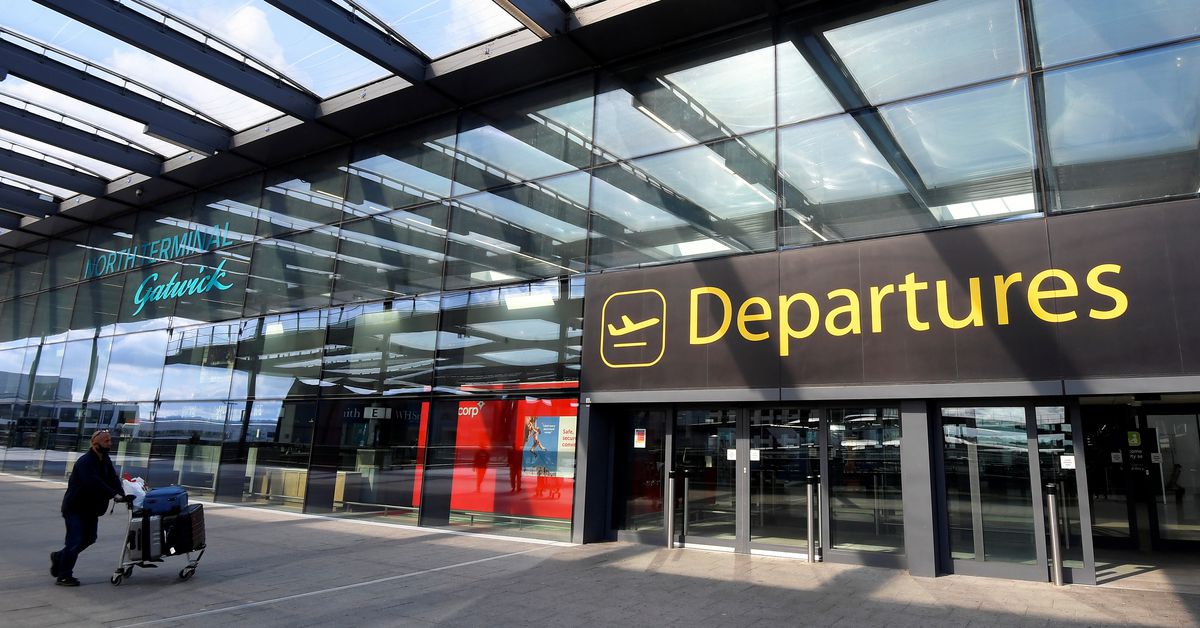 Britain's second biggest airport Gatwick returned to profit in the first six months of this year as Britons flocked to overseas holiday destinations, the company said on Tuesday as it lifted its 2022 forecast for passenger numbers.
The group also said it does not plan to extend existing limits on passenger numbers beyond the end of August as it has ramped up its security staffing.

It faced more problems on Tuesday as it cancelled 26 EasyJet (EZJ.L) flights in and out of the airport at short notice due to staff absences at its control tower.

Gatwick's overall outlook is improving, though, after a tumultuous summer across Europe for airports and airlines, which struggled with staff shortages amid huge demand as holidaymakers rushed to book overseas holidays after the removal of COVID-19 curbs.

Its move to lift its cap on passenger numbers contrasted with larger rival Heathrow's statement last week that it would extend its cap on the airport's capacity through to Oct. 29 to tackle widespread disruption.

Gatwick said it expects 32.8 million passengers this year, up from 6.3 million in 2021, but warned inflationary pressures on costs and demand during the winter season could hamper the forecast. Passenger numbers would still be down from 46.6 million in 2019, before the pandemic.

"We still have some considerable way to go, but strong demand has fast-tracked Gatwick's recovery from the pandemic," Chief Executive Officer Stewart Wingate said in a statement.

Gatwick's passenger demand was at 74.3% of pre-pandemic levels for the second quarter after the removal of all UK travel restrictions.

The airport said it recruited 400 security staff during the first half of the year and provided workers, including airline baggage handlers, to support other airport operators.

British Airways (ICAG.L) said on Monday it would make further cancellations up to the end of October and tweak its winter schedule following Heathrow's decision to cap capacity.