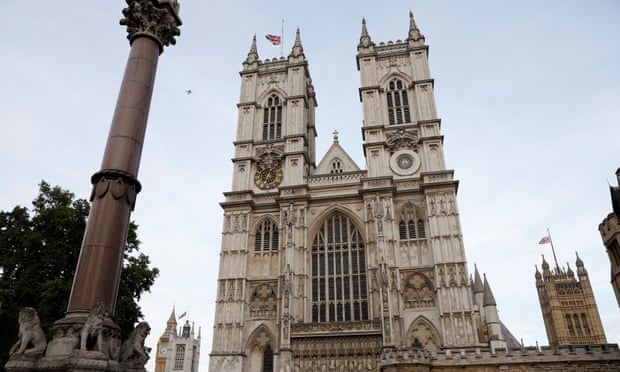 Hotels ranging from budget to high-end have reported an increase in custom, with one travel expert saying demand for place to stay is at its highest since the 2012 Olympics.

Amid the clamour for accommodation, whether from individual mourners keen to pay their respects or foreign delegations trying to secure a group booking, some operators appear to have raised their prices substantially.

Several hundred thousand people are expected to travel to the capital from Wednesday to pay respects to the late monarch as she lies in state for four days in London before her funeral on Monday.

When the Guardian looked on Booking.com on Monday, the luxury hotel ME London on the Strand was charging a total of £5,028 for two nights – Sunday 18 and Monday 19 September – in a “Mode” room for two people. A Mode room booked for a week later – Sunday 25 and Monday 26 September – would cost £1,148.

There were also some big price differentials at the budget chain Travelodge. For example, the same two nights at its London Central Elephant and Castle hotel were priced at “from £439.98” when the Guardian looked on Monday. The quoted price for 25-26 September was “from £159.98”.

Meanwhile, an analysis by the PA news agency found that hotel prices were up to four times higher on the Sunday night before the funeral compared with a week later.

It said the cheapest room at Park Plaza County Hall London – one of the closest hotels to Westminster Abbey – on Sunday night would cost £1,299, compared with £269 seven days later.

The chief executive of the industry body UKHospitality, Kate Nicholls, said: “We’re hearing from hotel operators in London that they’ve experienced a surge in bookings since last Thursday’s announcement of the death of Her Majesty Queen Elizabeth II, and are aware that those close to the capital are also busier than usual.

“Demand is certain to remain high right up until next Monday’s state funeral, and it’s important to note that the need to billet extra police and other personnel before, during and immediately after the event will have contributed to that, through block bookings for accommodation.”

Travel experts said many luxury London hotels had closed off their “inventory” – the number of rooms available to sell across different channels – and were dealing with inquiries on request, enabling them to charge more.

Paul Charles, the chief executive of the travel consultancy the PC Agency, said: “Many central London hotels have already closed off their room availability online, preferring to deal with inquiries ad hoc so they can ‘manage’ rates higher.

“Demand to stay in London over the next fortnight, especially from foreign delegations, is at its highest level since the Olympics in 2012.”

Travelodge, which has 78 hotels across the capital, said its hotels in central London and Windsor were “literally sold out”. It added: “Demand is growing strong for our hotels situated near to a train or tube station throughout Greater London. We are confident we are offering consumers the best value prices for a branded hotel chain within the area.”

Gary Redmond, the general manager of the Adria, a boutique hotel in South Kensington, a stone’s throw from Kensington Palace, said it had received a large number of inquires, including from embassies and media organisations, but had had to turn some people away. “Several guests due to check out prior to the weekend have extended to witness the weekend and bank holiday funeral. Overall an increase in demand by approximately 70% for this weekend period,” said Redmond.
Add Comment