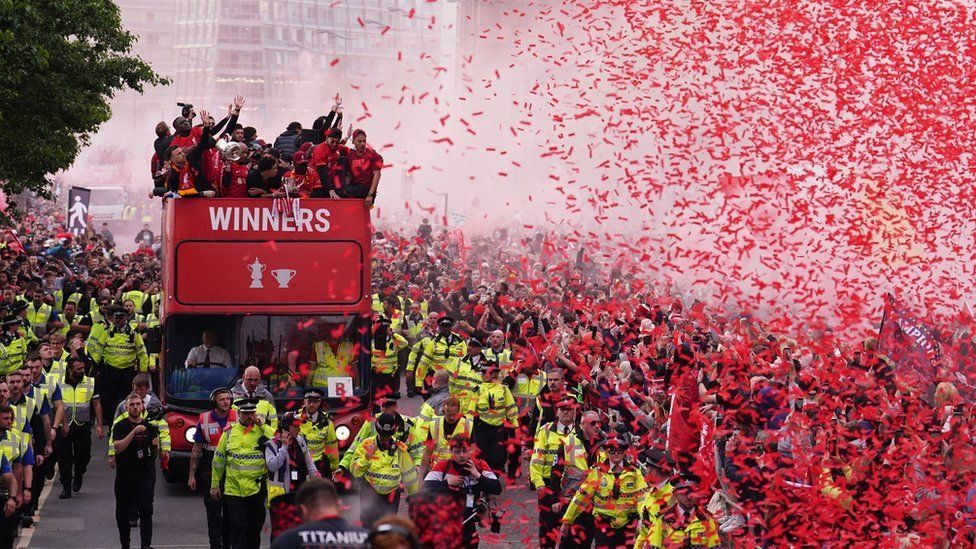 Thousands of Liverpool fans have lined the streets of the city to welcome home the side and celebrate their double trophy-winning season.

The Reds won the FA and League Cups earlier in the season, but took part in a parade a day after losing the Champions League final in Paris.

Liverpool Women also took an open-top bus around the city, having won the Women's Championship trophy in April. 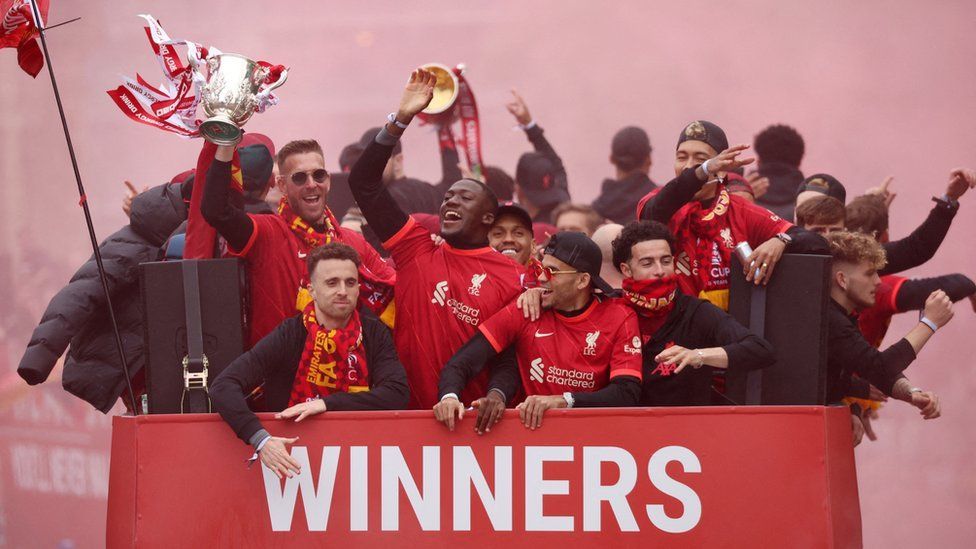 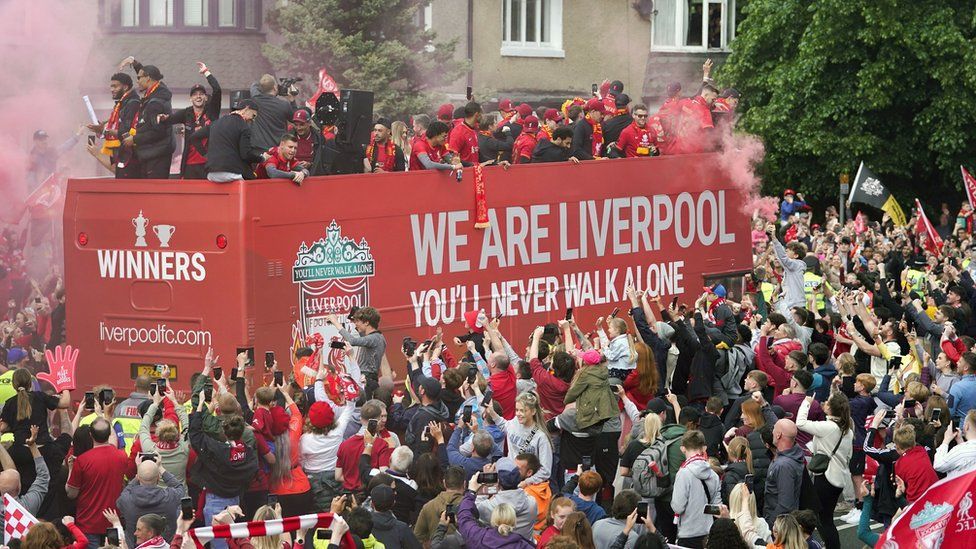 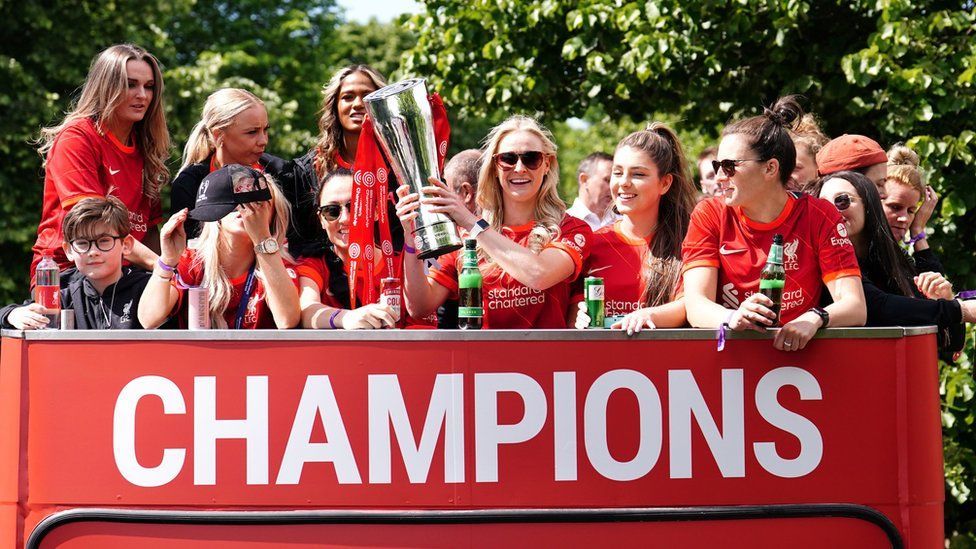 Liverpool Women also showed off their silverware during their own parade

The parade, which started at 16:00 BST, followed a nine-mile route past many of the city's landmarks and finished in the city centre.

It was soundtracked by DJ and Liverpool fan Calvin Harris, who joined the team on board.

"Lose the Champions League final the night before and the people arrive here in the mood they are.

"It is absolutely outstanding. This is the best club in the world. I don't care what people think."

He added that he had "hoped we would find something like this, something incredible".

"Yes, we lost the last two trophies but these people don't forget.

"They know exactly what shift the boys put in. It is such a boost for everything that will come." 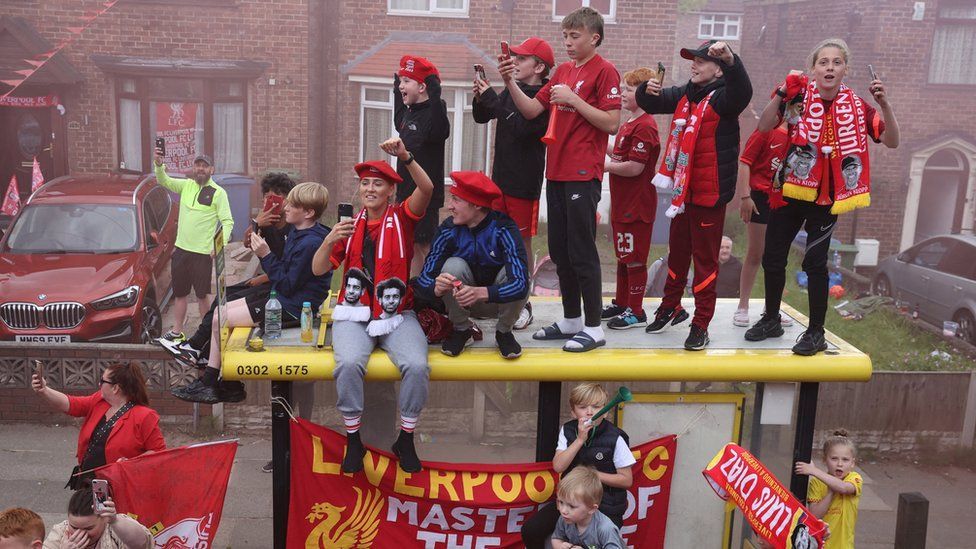 Almost everyone who turned out was wearing the team's colours 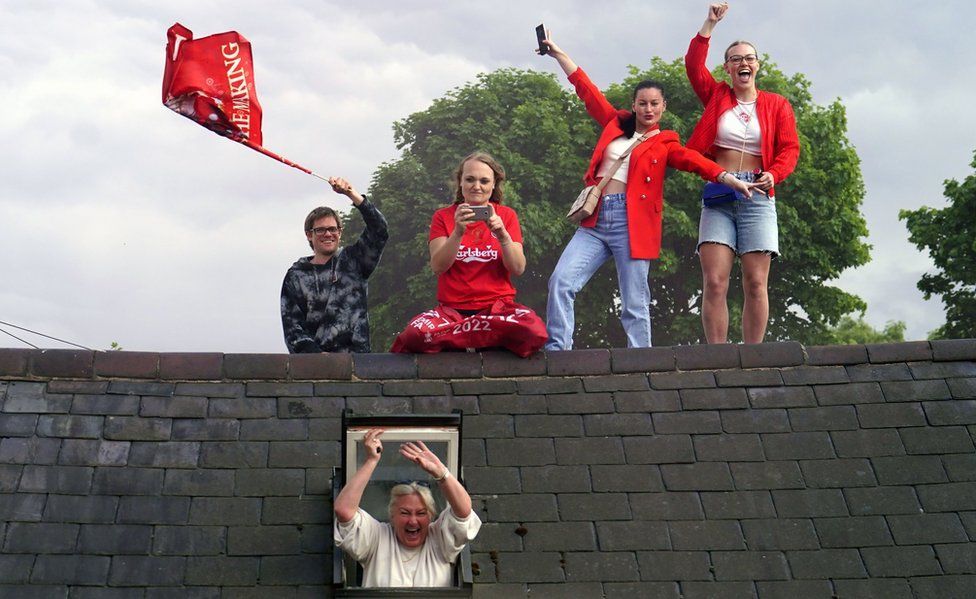 "We have been to every single parade and will continue to do so," she said.

Another fan, Martin, said it had been "the best season" for the club, despite Saturday's defeat and narrowly missing out on the Premier League.

He said the parade was also "celebrate our wins since 2020 too", as Covid-19 restrictions that year meant the side was unable to hold celebrations after winning their first top-flight league title in 30 years. 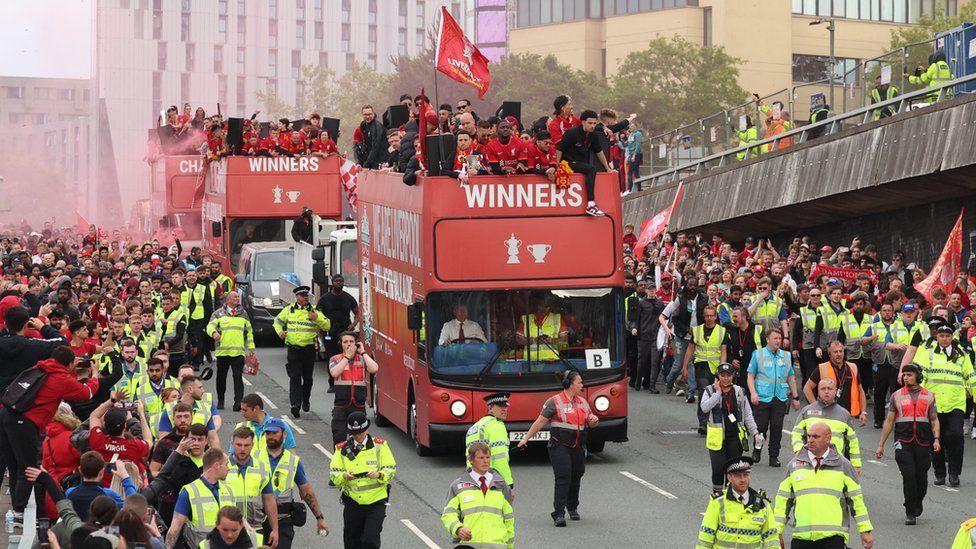 Three buses carried the men's and women's teams, as well as the club's staff 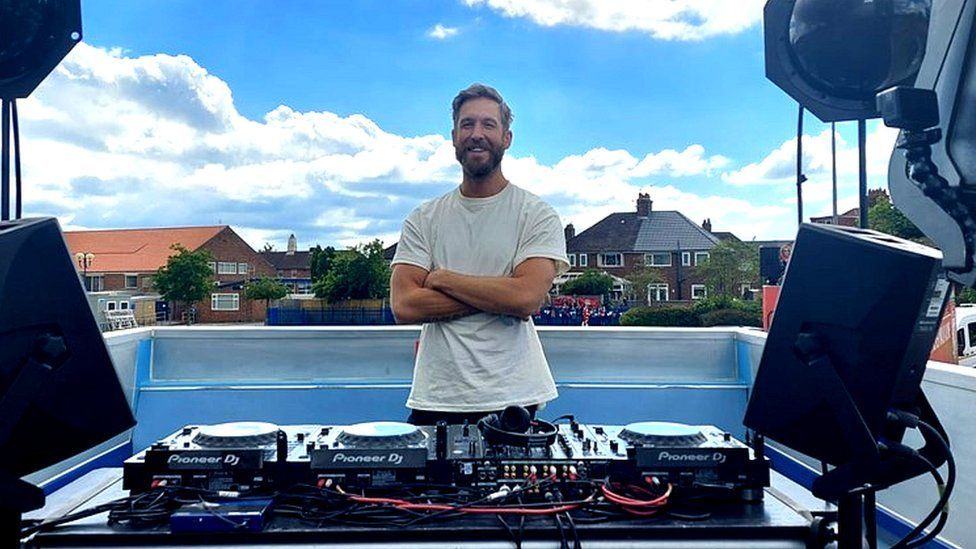 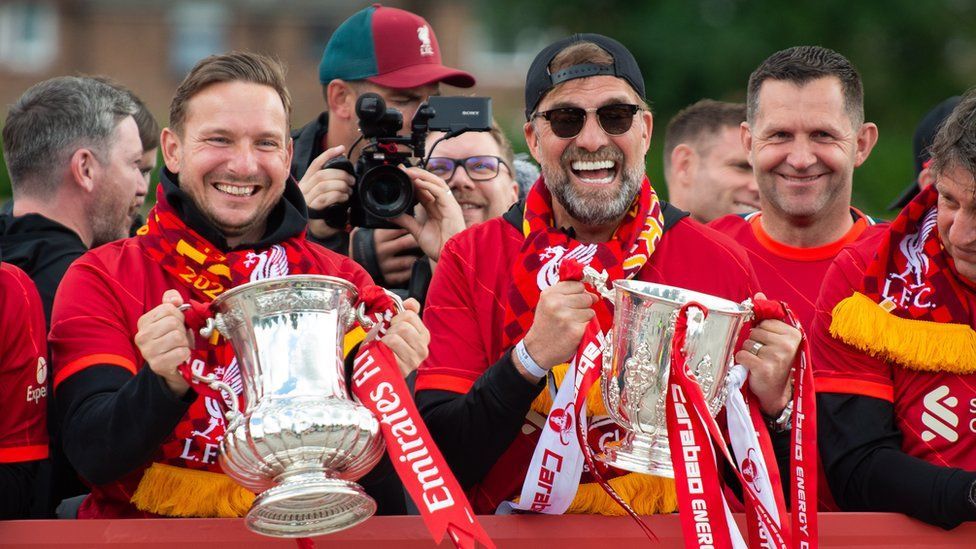 Liverpool boss Jurgen Klopp told LFC TV he had "hoped we would find something like this, something incredible"

Speaking to LFC TV, defender Trent Alexander-Arnold said it had been "hard to gauge how this was going to go [but] it's been outstanding", while club captain Jordan Henderson added the "least we can do is say thank you to the fans for what they have given to us this season".

"We weren't sure what it would be like," he said.

"We were all a bit flat. But this is what it is all about.

In a tweet, Merseyrail said there was a "sea of red on The Strand" as supporters wore their team's colours with pride.

Smoke flares were released at the top the buildings down on Liverpool's waterfront as the parade ended its route.

St Johns Ambulance Merseyside said it had treated a "large amount" of children and young people for burns.

Merseyside Police had asked spectators not to bring flares to the celebrations.

The force said it was "busy out there", but everyone was in "good spirits". 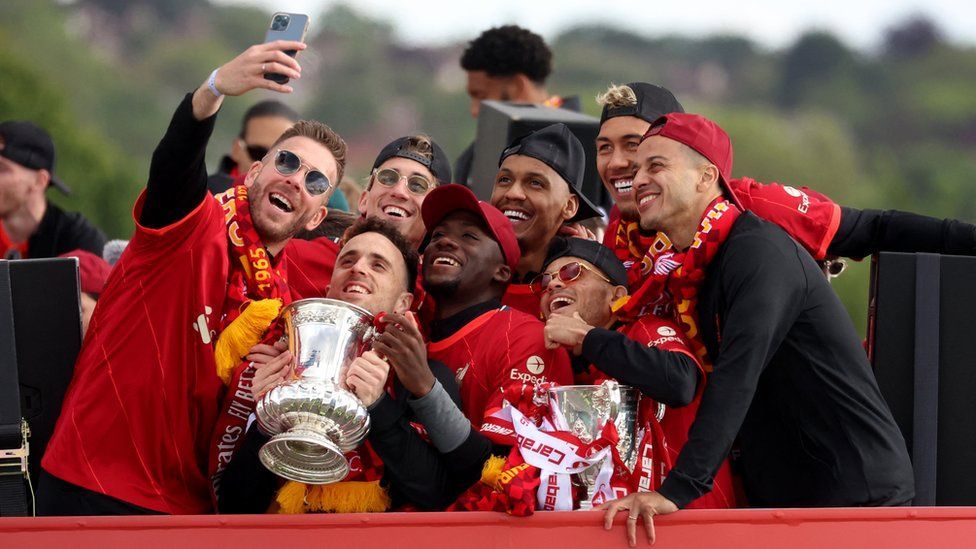 It's been an attack on the senses. The smell of the pyro, the noise of the music, the sound of emotional voices and the sight of teams with trophies.

Fireworks flashed off from the buildings that make up Liverpool's waterfront and confetti cannons turned the air red.

Memories were being created wherever you looked and hopefully, there were kids out there who will fall in love with all the joy football can bring.

The players were absolutely loving it and in truth, whoever you support, football is pretty magic, isn't it?

The parade took place less than 24 hours after the Champions League final, which saw Liverpool supporters face long queues in the hours before the game and a heavy-handed response from French police to the build-up of fans.

Culture Secretary Nadine Dorries has urged Uefa to formally investigate the "deeply concerning" scenes, which delayed the start of the game.