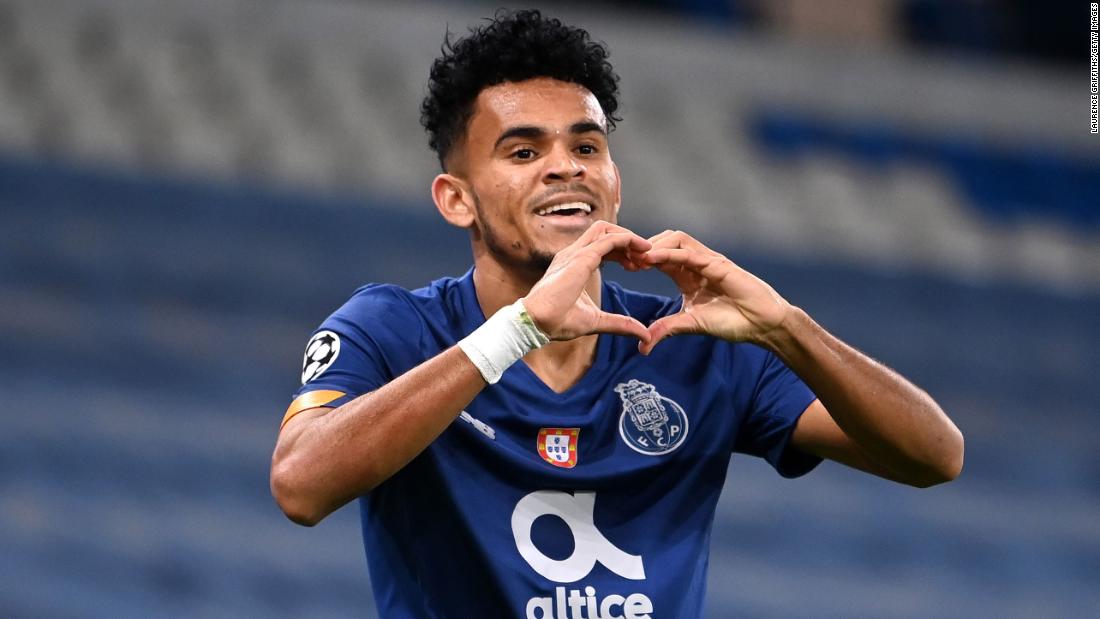 Liverpool swooped for Luis Diaz: the key moves in the January transfer window

If 2021's unprecedented summer transfer window was a billion-dollar Hollywood blockbuster, then this January window had all the hallmarks of classic spy thriller, characterized by suspense and cunning.

For Premier League club Tottenham Hotspur this January window arguably bore a painful similarity to the 2013 one. Then Spurs were set to sign Willian from Russian club Anzhi -- the Brazilian winger all but confirmed having completed a medical -- before arch rivals Chelsea swept in at the 11th hour to hijack the deal.

The Brazilian's subsequent glittering trophy haul with the Blues only rubbed further salt into the wounds in north London, and yet nine years on, Spurs have seemingly unwillingly starred in a sequel -- once again involving a south American winger.

Earlier in January, Porto's Colombian wide man Luis Diaz was widely reported to be heading to Spurs, with manager Antonio Conte keen to bolster a forward line sorely in need of greater depth.

A direct and dynamic attacker, the 25-year-old had been in scintillating form in the Portuguese Primiera Liga team this season -- scoring 14 and assisting five -- the profile of winger that would have made him a dream fit for ... uh oh ... Liverpool.

After Porto reportedly lowered the asking price, Liverpool swept in and opened negotiations with the Portuguese club and Diaz. By Sunday Liverpool had unveiled their new man.

Bought for $49.6 million with a potential $26.8 million in add-ons, Diaz will add extra firepower to an already fierce arsenal of attacking weapons at Anfield -- dovetailing with and providing coverage for Mo Salah, Sadio Mane, Diogo Jota and Roberto Firmino.

In football parlance, Liverpool's gazumping Spurs is known as being 'backdoored." Now trying to get a player through the front door, Spurs are in a race against time to push through a back-up plan in the form of Juventus' winger Dejan Kulusevski.

The Swede has successfully completed a medical in London, according to reports by transfer news guru Fabrizio Romano.

Now up to 6.7 million followers on Twitter, the Italian journalist has once again put in a dogged shift during the transfer window -- peaking on deadline day -- January 31 -- with a relentless stream of updates.

Spurs continue to feature heavily, with midfielder Tanguy Ndombele -- out of favor under Conte -- returning to Lyon on loan, with the French Ligue 1 club reportedly having the option to make the deal permanent for $72.8 million.

The title of most expensive signing though looks set to go to new Juventus frontman Dusan Vlahovic -- who signed from Serie A rival Fiorentina for a $77.8 million fee with an additional $10.7m in potential add-ons.

Having equaled Cristiano Ronaldo's record of 33 Serie A goals in a calendar year across 2021, the Serb arrives in Turin to don the number seven jersey that the Portuguese star wore before his return to Manchester United. 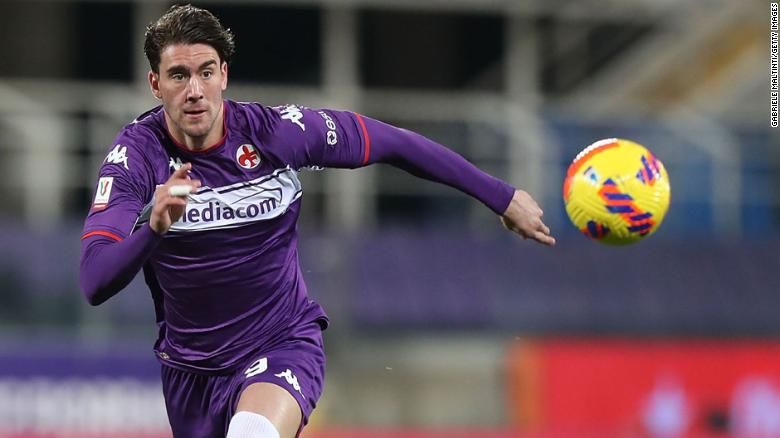 Vlahovic enjoyed a landmark 2021 with Fiorentina.

The 22-year-old Vlahovic is the joint-top scorer in Serie A this season with 17 goals, and Juventus will hope his prolific form will help rejuvenate a disappointing campaign and close a daunting 11 point gap to league leaders Inter Milan.

The Premier League saw the return of two former midfield maestros, as Phillipe Coutinho and Christian Eriksen made loan moves to Aston Villa and Brentford.

Coutinho has already hit the ground running under the guise of former Liverpool teammate and current Villa manager Steven Gerrard, scoring just 13 minutes into his debut to earn his new side a 2-2 draw against Manchester United.

The Brazilian playmaker became the world's second most expensive player of all time following a reported $196.5 million move from Liverpool to Barcelona in 2018, but struggled for form and consistent gametime in Spain. 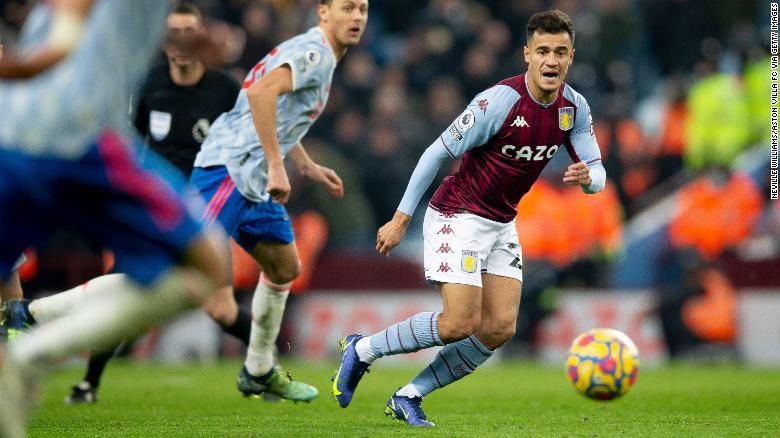 Coutinho on his debut against Manchester United.

Villa will have the option to sign the 29-year-old permanently at the end of the season, a potentially massive coup for a club enjoying a busy January, having also signed left back Lucas Digne from Everton.

Meanwhile former Tottenham Hotspur star Eriksen returns to the Premier League in a bid to continue his playing career after suffering a cardiac arrest at Euro 2020 in June.

The 29-year-old Dane has not played since he collapsed during Denmark's game against Finland, but is now back in London as he targets his "dream" of playing at the 2022 World Cup in Qatar.

Newcastle United flexed their financial muscle for the first time since the club's controversial takeover by the Saudi Arabian Public Investment Fund, making a trio of signings in Kieran Trippier, Chris Wood and Bruno Guimarães.

Former Spurs right-back Trippier signed from Atletico Madrid for an initial $16 million and Wood from Burnley for $33.5 million, before 24-year-old midfielder Guimarães -- capped three times for Brazil -- joined from Lyon for an initial $46.9 million fee.

Part of the $8.8m add on fees for Guimarães are reportedly based on Newcastle avoiding relegation, with the Tyneside club currently sat one point adrift of safety in 18th. 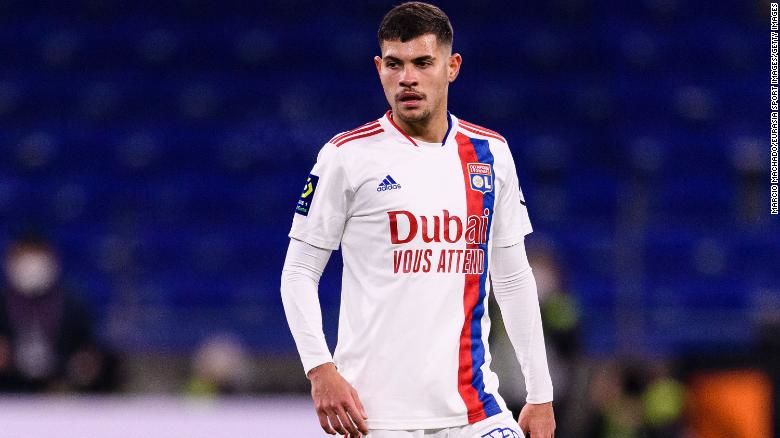 Guimaraes in action against Paris Saint-Germain on January 9.

The deal for the 21-year-old Torres could rise from $61.3 million to a reported $72.5 million based on add-ons, while Traore joins on loan with an option to buy at the end of the season.

Traore's move marks another disappointing development for Spurs, who had been heavily linked with the Spaniard. Traore was reportedly put off by Conte's desire to play him as a right-wing back, as opposed to more advanced forward positions.

Once a prodigious young talent, the 26-year-old Frenchman will be hoping a change of scenery can reignite his career after struggling for game-time this season.

In one of the window's more surprising moves, Euro 2020 winner Lorenzo Insigne is set to leave his long-time home of Napoli to sign for Toronto FC in the MLS.

The Italian had spent his entire career in Naples, making over 300 appearances for the Serie A side, but earlier this month signed a pre-contract to join Toronto on a four-year deal in July. 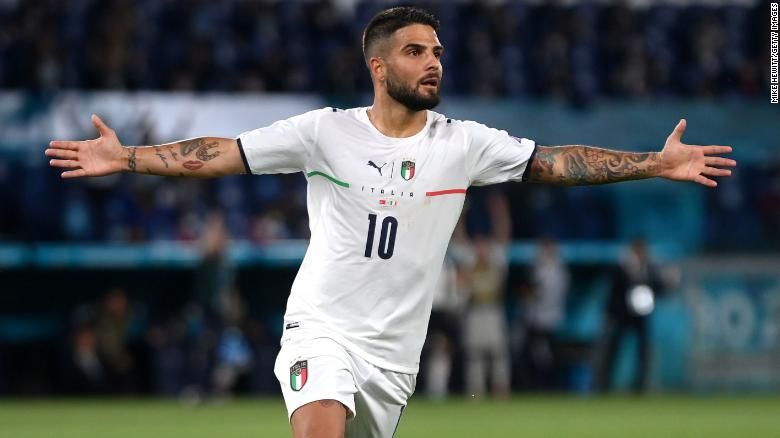 Insigne celebrates after scoring against Turkey at Euro 2020.

The arrival of Insigne, still in his prime years at 28, comes as a huge coup for a league predominantly known for attracting such world stars only at the twilight stages of their careers -- such as Thierry Henry, Kaka and Andrea Pirlo.