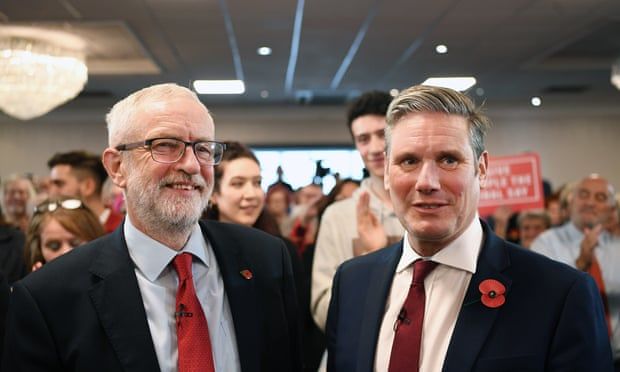 The National Executive Committee moved on Tuesday to proscribe Resist and Labour Against the Witchhunt, which claims antisemitism allegations were politically motivated, and Labour in Exile Network, which expressly welcomes expelled or suspended members.

Socialist Appeal, a group that describes itself as a Marxist voice of Labour and youth, will also become a banned group. Anyone found to be a member of any of these groups could be automatically expelled from the Labour party.

The NEC also backed a new complaints process that will make sure grievances relating to protected characteristics will be subject to independent veto or independent verification.

The process was designed to address years of frustration about the party’s handling of complaints about antisemitism, which Labour leader Keir Starmer had vowed to address.

A new review panel of independent lawyers will make decisions on complaints, and a new independent appeal board will hear appeals against decisions.

Anneliese Dodds, Labour party chair, said: “We are acting decisively to put our house in order and show that Labour is – and always will be – the party of equality.

“We are getting on with the job of making sure the Labour party is a safe and welcoming space for the benefit of all our members.

“This will be the fairest, most robust process of any political party that we know of.

“We will continue to consult groups and individuals, especially those who have been subject to harassment, abuse and discrimination, as we finalise these proposals ahead of our conference.”

A report on Labour’s functioning in Liverpool was also accepted by the NEC, which will mean all prospective candidates for the party must get training on dealing with antisemitism from the Jewish Labour Movement.

A Labour spokesperson said the NEC decided to ban the four organisations because “these organisations are not compatible with Labour’s rules or our aims and values.”

“Labour is a broad, welcoming and democratic party and we are committed to ensuring it stays that way,” she added.

However, the move angered some leftwing members who believe this may be part of a wider purge of the party.

Several left-leaning groups took part in a picket of the NEC meeting at Southside, Labour’s headquarters in Victoria, central London, to protest against the proposals.

Socialist Appeal is strongly opposed to Keir Starmer’s leadership, and organised a campaign to remove him which involved putting forward a rule change to this year’s Labour conference that would allow members to vote out the leader of the Labour party through a vote of no confidence. This rule change has been submitted to conference by several CLPs.

Rob Sewell, editor of Socialist Appeal, said: “This is a blatant, politically motivated attack on the left by the Labour right wing. It is clear that Starmer and the right wing are determined to expunge socialism from the Labour party. Their aim is to return the party to Blairism, and make Labour a safe pair of hands for capitalism.”
Add Comment