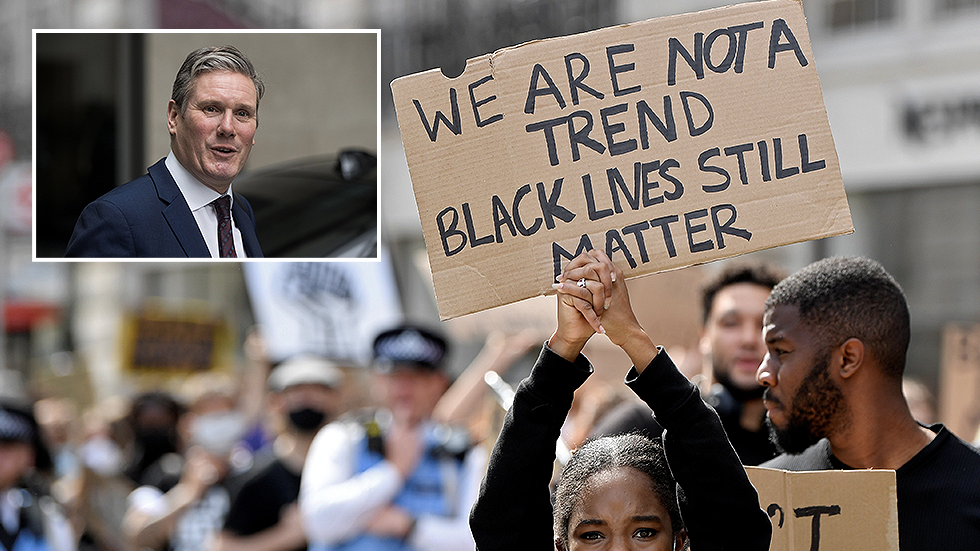 Labour leader Keir Starmer is being accused of “virtue signalling” after saying he will undergo ‘unconscious bias’ training over BLM remarks he made – another party bias scandal as a shadow minister is accused of anti-Semitism.

During a phone-in with callers on LBC radio on Monday, Starmer was challenged by a black Labour Party member for indulging in “unconscious bias,” after describing the Black Lives Matter movement as a “moment,” rather than something more meaningful.

Starmer defended his comments, insisting that he meant it should be seen as a “defining moment.” He then accepted the caller’s request for him to complete some ‘unconscious bias’ training, claiming all of the Labour Party’s staff are going to have to undergo it.

'Will you undergo unconscious bias training' after referring to #BlackLivesMatter as a "moment"?

Keir Starmer says he should have said "defining moment". He adds he is "going to lead from the front" and take the training.#CallKeir| https://t.co/cEAAm0zjQ6 pic.twitter.com/jMrrcu1MYb

Following his comments, many people on social media have hit out at Starmer, accusing him of “virtue signalling,” with some suggesting it was an ingrained trait. “Keir ticks his virtue signalling box for the day,” tweeted one commenter.

Others jokingly suggested he will be taking the training while on his knees; a reference to Starmer having recently been pictured “taking the knee” with his deputy Labour leader Angela Rayner, in a show of solidarity with the BLM movement.

As one bias-related scandal is not enough for the Labour party, its Shadow Communities and Local Government Secretary Steve Reed became embroiled in an anti-Semitism storm. In a now-deleted tweet the Labour frontbencher asked: “Is billionaire former porn-baron [Richard] Desmond the puppet master for the entire Tory cabinet?”

Critics have slammed Reed for engaging in an old age anti-Semitic trope with his “puppet-master” remark, aimed at former press owner Desmond – who is of Jewish descent. An uncomfortable looking Starmer said he would “look into” the incident, claiming that he didn’t know anything about it.

The Labour leader says he “hasn’t seen it, but will take a look at it” and speak to Steve after the interview.#CallKeir| https://t.co/cEAAm0zjQ6 pic.twitter.com/EumMpadh3V

The Labour leader will be under intense pressure to discipline Reed having fired his former Shadow Education Minister Rebecca Long-Bailey for having shared an article on social media that allegedly contained an anti-Semitic reference.

The interviewee of the article claimed that the US police had been trained by Israeli secret police to kneel on a subject’s neck, just like George Floyd – who died in custody. Supporters of Long-Bailey accused Starmer of conflating criticism of Israel with anti-Semitism and using the issue to purge the left within the Labour Party.