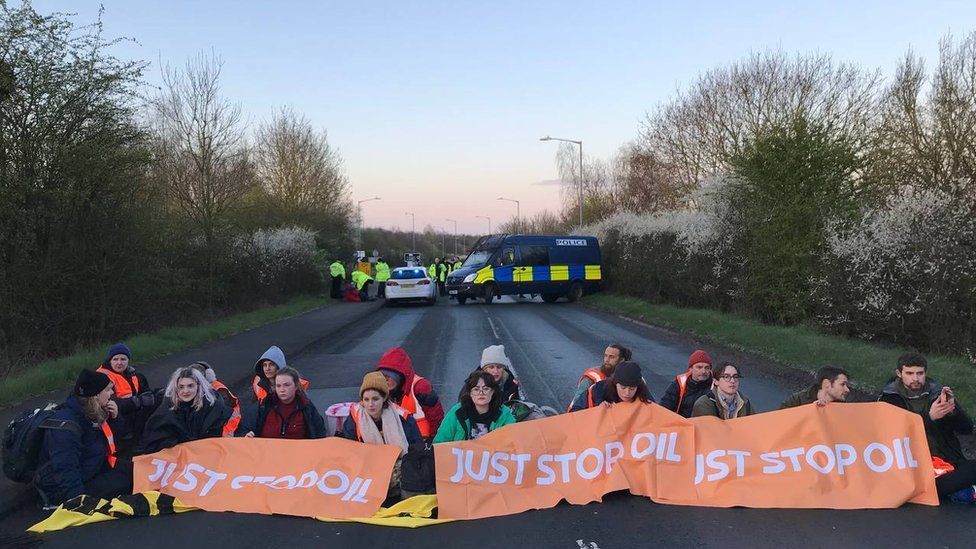 More than 200 people have been arrested since Friday as protests at oil terminals enter a third day.

Activists from Just Stop Oil have obstructed access to terminals across England since Friday, demanding an end to new oil and gas projects.

In Essex, a total of 155 have been detained following demonstrations in the Thurrock area.

Meanwhile Warwickshire Police arrested 54 people on suspicion of a number of offences at the Kingsbury terminal.

The police force said people had been arrested on suspicion of offences including criminal damage, obstructing the highway and public order offences. 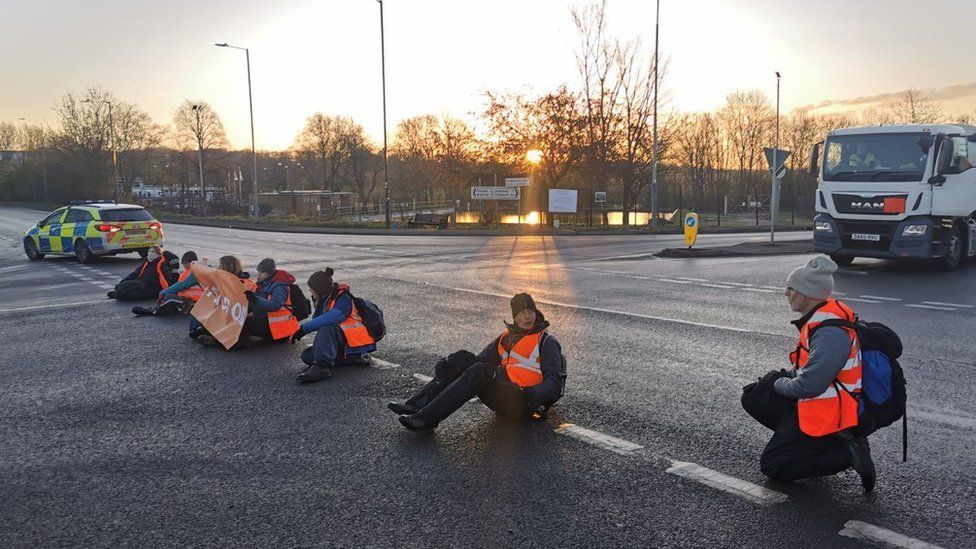 "We fully acknowledge every person's right to engage in lawful protest, however, when that protest becomes unlawful and disproportionate in nature, we will act to protect the rights of others," Assistant Chief Constable Ben Smith, from Warwickshire Police, said.

"Due to the nature and scale of the policing operation, a large number of officers have been deployed over the last two days... I am hopeful the situation can be brought to a swift conclusion so my officers can return to protecting the communities of Warwickshire."

He said a "significant operation remains ongoing" at the scene. 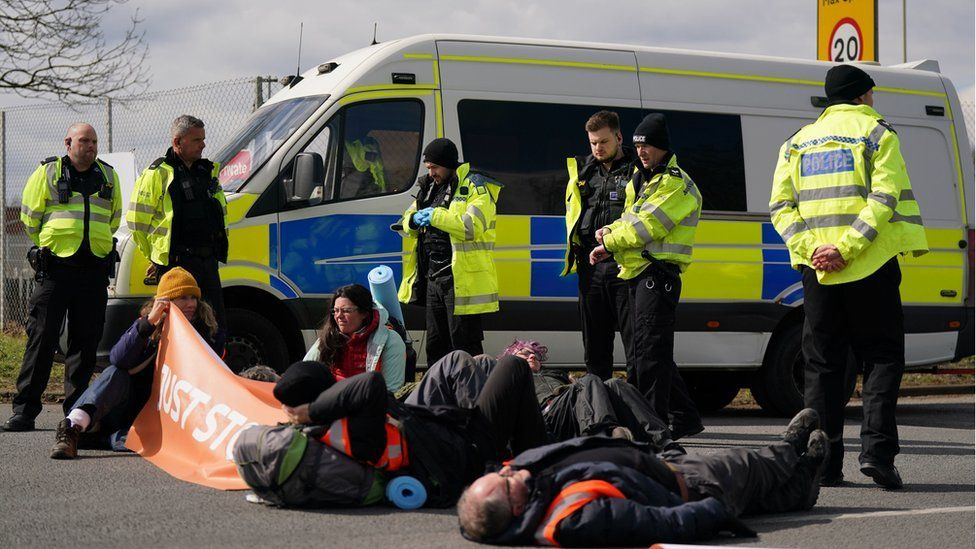 A significant police presence remains at the scene in Warwickshire

In Essex, two tunnels are still being occupied at Navigator and Gray's Terminal. On Saturday, the county's police force said 83 people had arrested after protests in the Thurrock area.

Essex Police arrested 35 people on Sunday in addition to the 57 people held on Saturday and 63 on Friday.

Seven other facilities also continue to be disrupted near London and in the West Midlands. 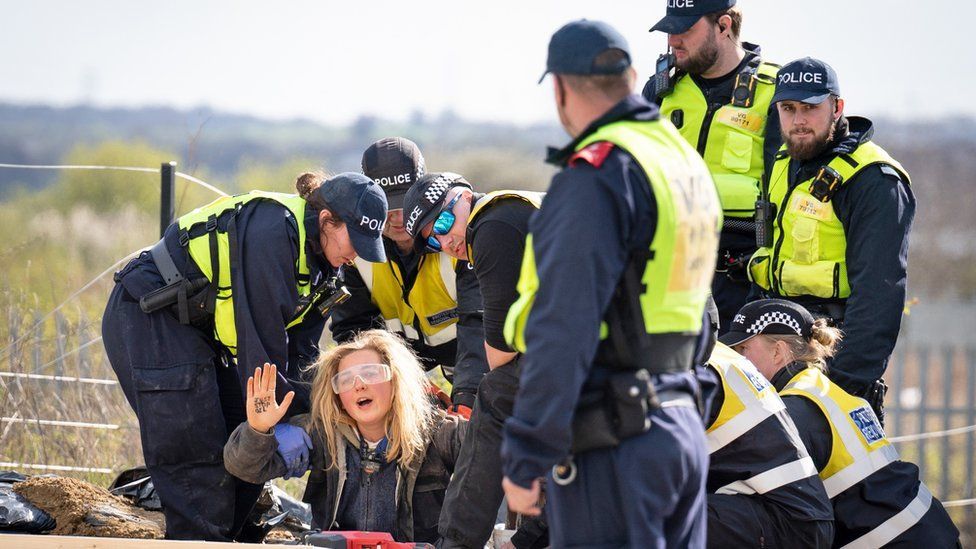 Police in Essex have arrested 155 people

The arrests come after activists from Just Stop Oil and Extinction Rebellion obstructed 10 fuel sites in the Midlands and southern England in the early hours of Friday to stand against "expanding UK oil and gas production".

Protesters glued themselves on to roads and locked on to oil drums and each other.

ExxonMobil UK, one of the country's largest privately-owned underground oil pipeline distribution networks, said it shut down three of its terminals as a result, and police from at least five forces were deployed to tackle the demonstrations.

The Met arrested 14 activists who broke into a facility at Bedfont Road in Staines, Surrey, and West Midlands Police arrested six people at a terminal in Tyburn, Birmingham.

Hampshire Police also made four arrests on Friday following demonstrations at Hythe Terminal and at BP in Hamble Lane and Copse Lane. It has since stood down its presence after protestors left the area.