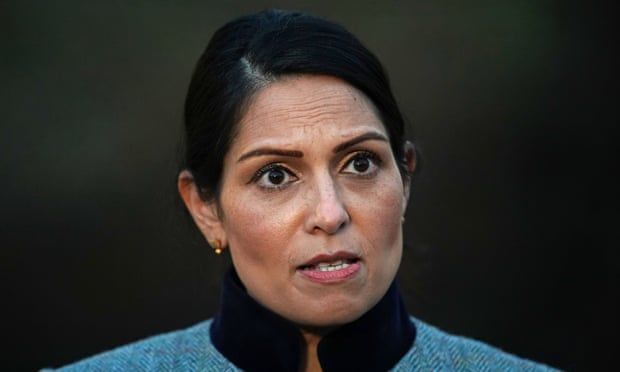 High court says home secretary should use her ‘best endeavours’ to bring back Sudanese man so his trafficking and torture claims can be investigated
Priti Patel should bring back to the UK a small boat asylum seeker who was removed to France in the next 14 days, the high court has ruled.

In a ruling published on Tuesday, the day that Patel launched her nationality and borders bill, which she hopes will make it easier to remove asylum seekers who arrive in small boats, Mr Justice Wall ordered that the home secretary use her “best endeavours” to bring back a 38-year-old Sudanese asylum seeker from Darfur who can only be identified by the initials AA.

AA passed through Libya, where he says he was sold into slavery and tortured when he was en route to Europe after escaping persecution in his home country. Expert reports submitted to the high court found he had nine of the 11 indicators of trafficking and scarring and other indicators of torture.

He arrived in a small boat from France on 4 June 2020 and claimed asylum. He was sent back to France on 12 August 2020, where he was left destitute and homeless and told to leave the country within a month.

He was found to have been subjected to a shortened asylum screening interview on arrival in the UK, a departure from the previous policy to ask questions such as “please outline your journey to the UK” which could identify information such as transit through Libya where many asylum seekers are enslaved.

The judge ordered that he be brought back to the UK so that his trafficking claim can be investigated. It was not investigated by officials prior to his forced removal from the UK due to the way he was asked questions during his Home Office interview on arrival in the UK.

Wall said: “It is accepted by the defendant that these entries do not necessarily record answers actually given by interviewees but were at times completed by immigration officers from other information in their possession. It is to say the least an unfortunate way to record this information.”

The judgment adds that proper arguments can be made that it was unlawful for the home secretary to have in place “a secret policy that went against the terms of her published policy”.

The judge said he was “troubled” that when AA disclosed he had been tortured this was not followed up. He was given a medical appointment to assess his torture claims but the date was for after he had been deported from the UK.

“It is highly likely that there are many other individuals in a similar situation who were unlawfully removed and now face destitution, homelessness and the risk of being returned to a country where they are at risk of serious harm or even death,” she said.