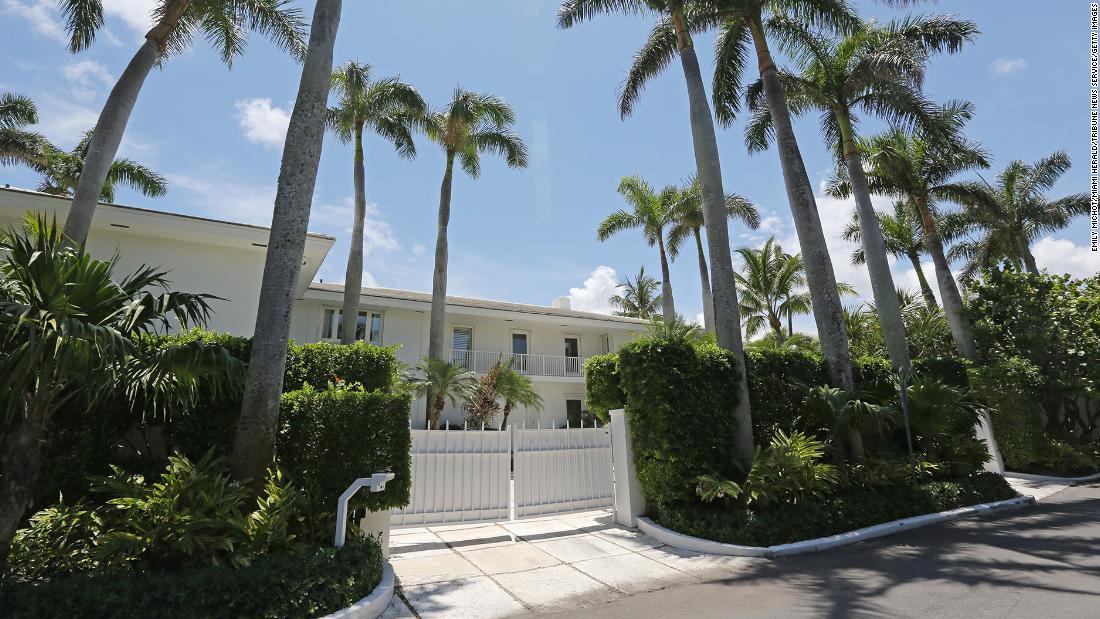 The $22 million Palm Beach mansion owned by financier and convicted sex offender Jeffrey Epstein will be demolished to make way for an even more expensive home, according to the developer who is buying it.
The six-bedroom, 14,000-square-foot waterfront home with a staff house and pool house was previously owned by Epstein, who died while in prison in 2019 after being arrested on federal charges for allegedly running a sex-trafficking enterprise between his Manhattan home and his Palm Beach estate.

The home was put on the market in July and Corcoran agent Kerry Warwick confirmed it is currently in contract for purchase.

The buyer is Todd Michael Glaser, a Florida-based developer who specializes in multimillion-dollar tear downs. Glaser said the demolition isn't in particular response to Epstein's ownership.

"We would have knocked it down either way," he said.

Glaser declined to name the sale price for the home that was listed at nearly $22 million.

The razing of the palatial home might come as welcome news to residents of the exclusive Estate Section of Palm Beach, said Glaser. Ultra-wealthy seasonal residents have homes in the neighborhood, which includes clubs like President Donald Trump's Mar-a-Lago.

Glaser said he intends to build an Art Moderne residence that he expects to be completed in the spring of 2022. He said he plans to put it on the market for around $40 million.

The neighborhood has seen some sales at that price level recently. A nearby home once owned by John Lennon and Yoko Ono was recently listed for nearly $50 million. The property sold in October for $36 million, according to property records.

There is pent up demand for this kind of super high-end property, Glaser said, with billionaires and multimillionaires looking to snap up newly constructed homes in desirable locations where there is no more land on which to build.

"There are $50 million buyers and no houses for them to buy," he said. "I've never seen a pent up demand like this. There is no inventory."

The location of the Epstein property -- which sits along the Intracoastal Waterway -- is premium, Glaser said, and a newly built home will be an additional draw.

Glaser said he recently worked on a home that sold for $50 million on Star Island in Miami Beach. The island property had a 1931 mansion on it that was relocated after calls by preservationists to protect it, according to the Real Deal.

Glaser does not anticipate that kind of reaction with the Epstein property, which was designed by architect John Volk and was built in 1950, according to the listing information from Corcoran.

"There are some unbelievable properties, many are Grand Dames," he said, referring to historically or architecturally notable homes. "This one isn't that."

Glaser, who works exclusively in Palm Beach, Miami Beach and Nantucket, said he is not interested in chasing Epstein's other properties.

Epstein's historic townhouse on the Upper East Side of Manhattan is still on the market for $88 million, according to a listing with the Modlin Group.
#Donald Trump
Add Comment