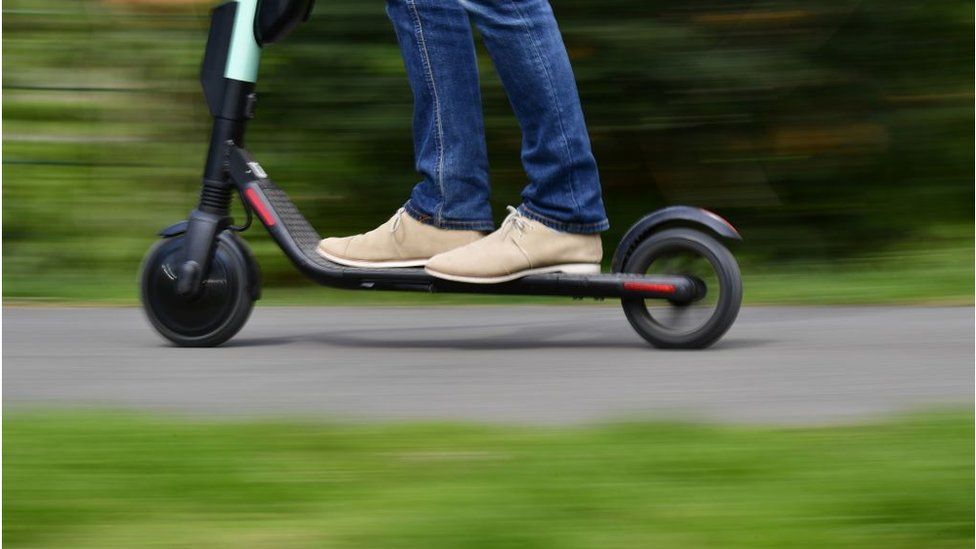 More than 1,000 incidents of misuse of e-scooters have been reported during a trial on the Isle of Wight, it has emerged.

A council pilot hire scheme has been operating on the island for 15 months.

A Freedom of Information (FOI) request revealed complaints had been filed over anti-social behaviour, dangerous and underage riding, as well as riding on the pavement.

Operator Beryl said misuse of its vehicles were "highly disruptive".

The FOI by an island resident, and released by the Local Democracy Reporting Service, showed that in the 12 months following the start of the scheme in November 2021, 1,004 misuse reports were filed with Isle of Wight Council.

They included 87 for anti-social behaviour, 178 for dangerous driving on the road and 235 for riding with a passenger.

Underaged riding prompted 141 complaints and there were 262 for riding on a pavement.

Beryl said: "Riders can expect a warning in the first instance, and to be blocked on a second occurrence.

"Misuse is highly disruptive and potentially dangerous to other road users."

Trials of e-scooter hire schemes are being carried out around the country, with evidence gathered due to be evaluated by the Department for Transport as it considers whether to legalise them.

Currently, privately-owned e-scooters are banned in the UK anywhere except on private land.