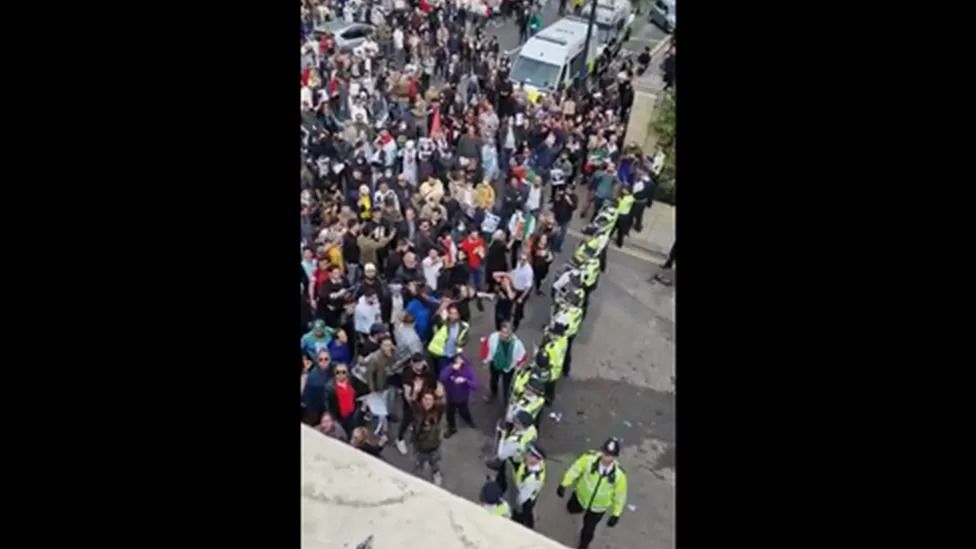 Protesters have clashed with police officers outside its embassy in London.

The Met Police said members of the crowd threw missiles at officers and breached police lines in Princes Gate, Knightsbridge, on Sunday afternoon.

It comes as protests in Iran spread across the world, sparked by the death of Mahsa Amini in custody after being detained by Iranian morality police.

Several officers were said to have been injured but none were seriously hurt. Five people were arrested.

Scotland Yard said they were detained on suspicion of violent disorder offences.

Dozens of protesters in London chanted "death to the Islamic Republic" and were seen waving Iran's former national flag from before 1979.

Footage posted online from Sunday's protest showed altercations breaking out among those in the crowd.

One clip showed two officers wrestling a campaigner - who appeared to have broken through the police line - to the ground.

Elsewhere, riot police could be seen trying to clear protesters off the road near Marble Arch.

"A significant policing presence will remain in and around the area to monitor the situation," the force said.

In Iran, officials say 35 people have been killed since protests broke out over the death of Ms Amini and clashes continue in several cities.

Ms Amini had been detained in the country after being accused her violating the law requiring women to cover their hair with a hijab and their arms and legs with loose clothing.

There are reports that officers beat Ms Amini's head with a baton and banged her head against one of their vehicles.

The police have denied that she was mistreated and said she suffered "sudden heart failure". But her family has said she was fit and healthy.

Protests have also taken place elsewhere around the world in places such as Canada, Chile and Iraq. 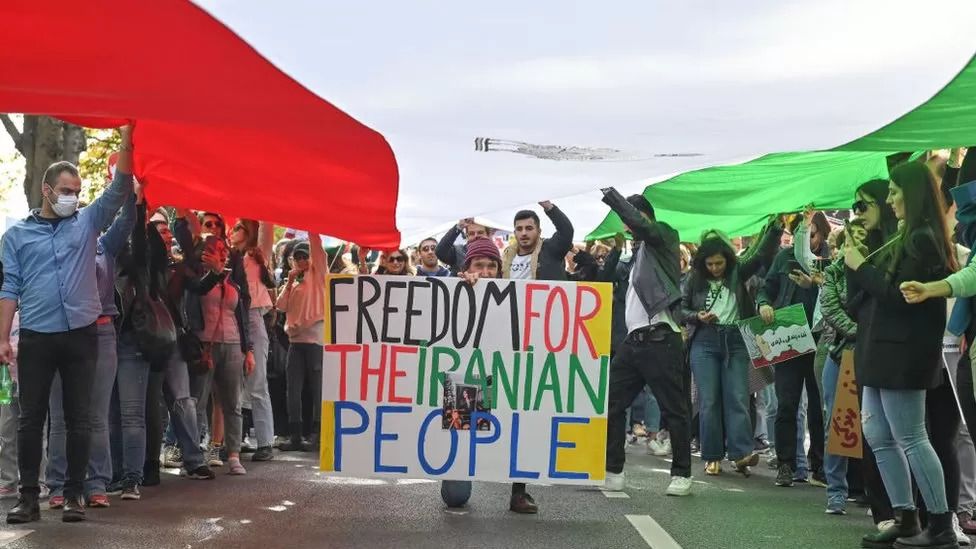 People protested in Paris, France, over the death of 22-year-old Mahsa Armini 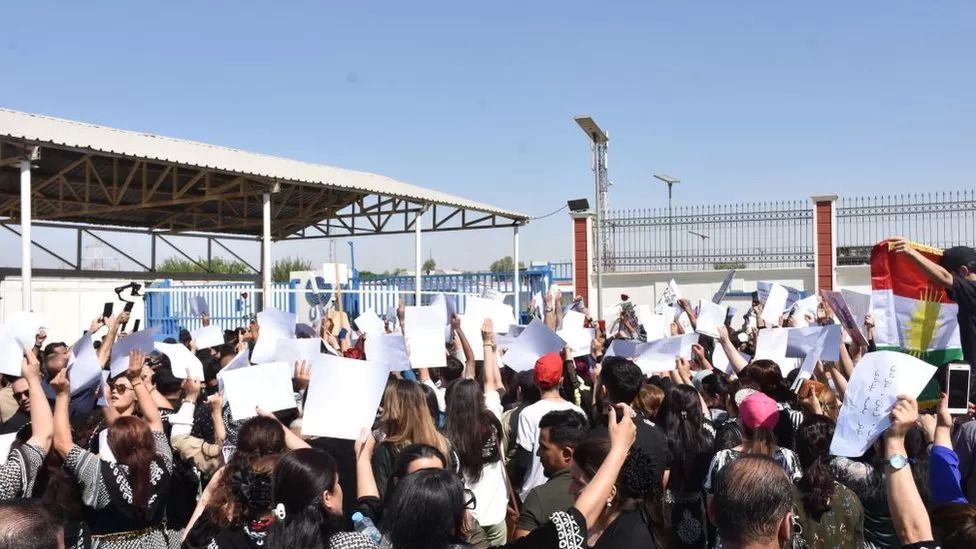 Crowds stood in front of the United Nations building in Erbil, Iraq, on Saturday 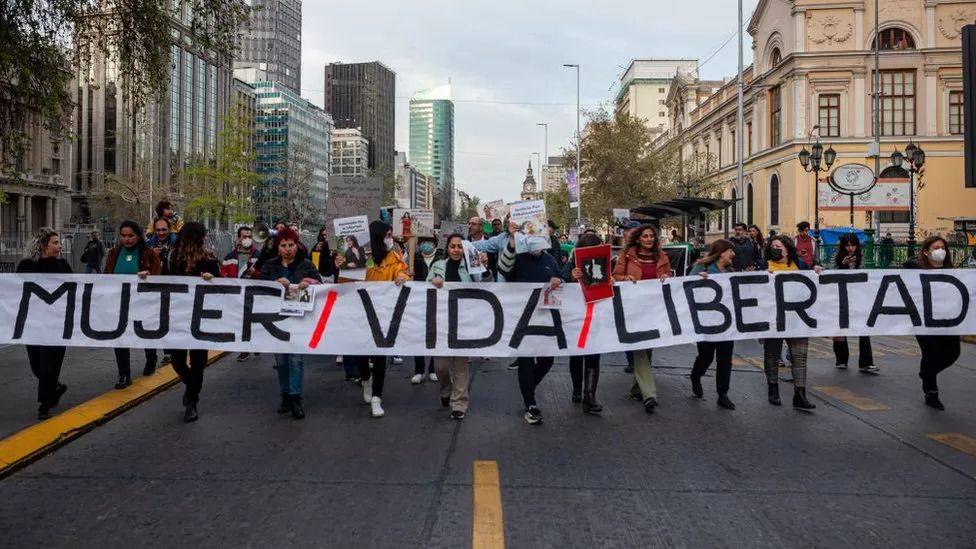 People have gathered in Santiago, Chile, to protest against the Iranian government 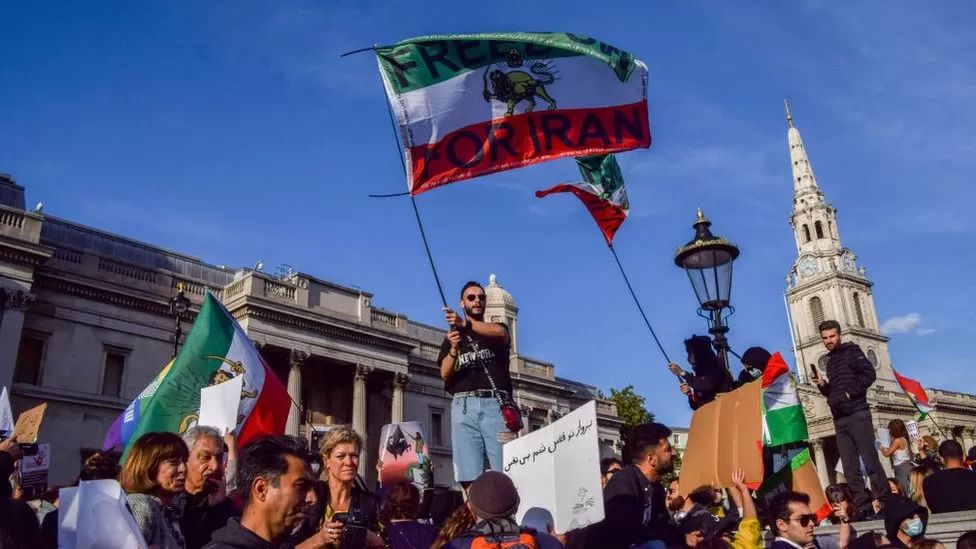 Protesters waved flags during the protest in Trafalgar Square in London 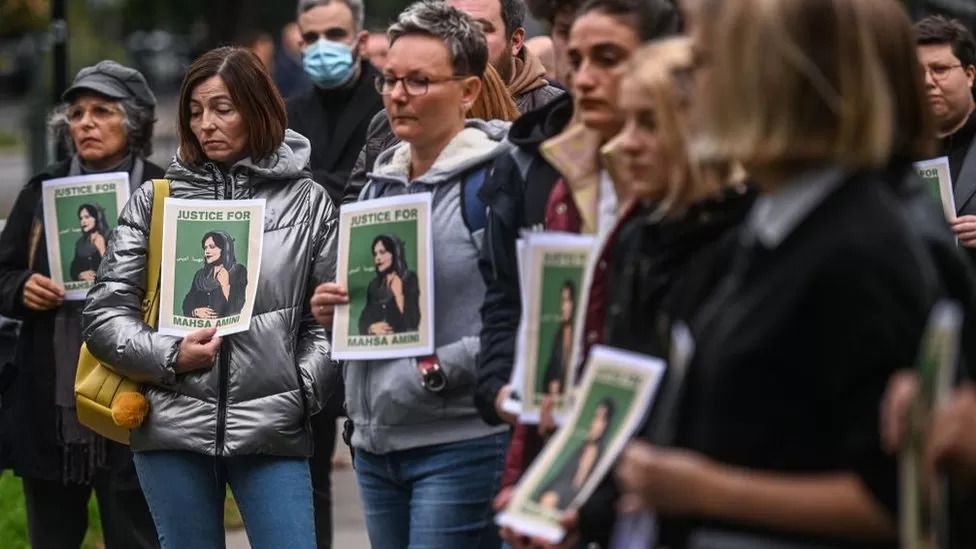 People held banners during a solidarity protest in Krakow, Poland 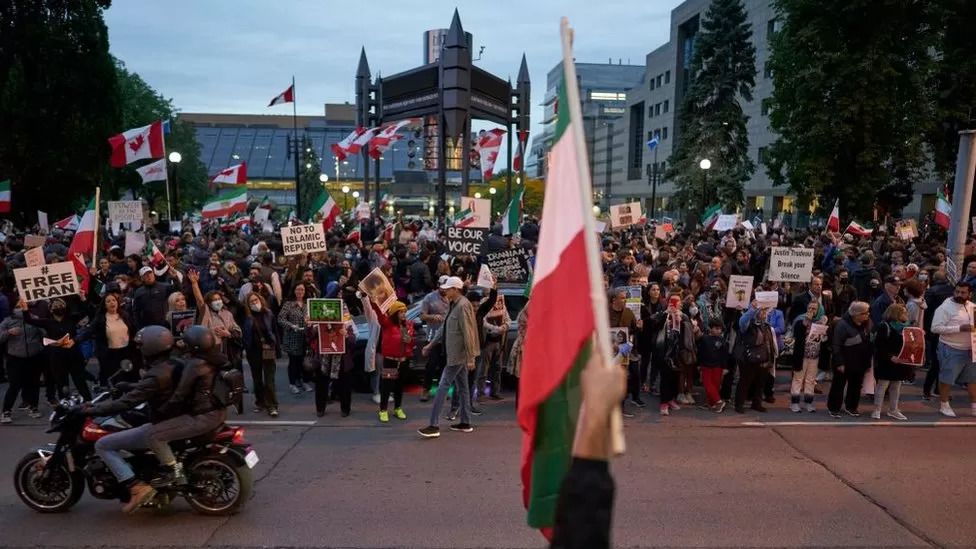 Crowds took to the streets in Toronto, Canada on Saturday