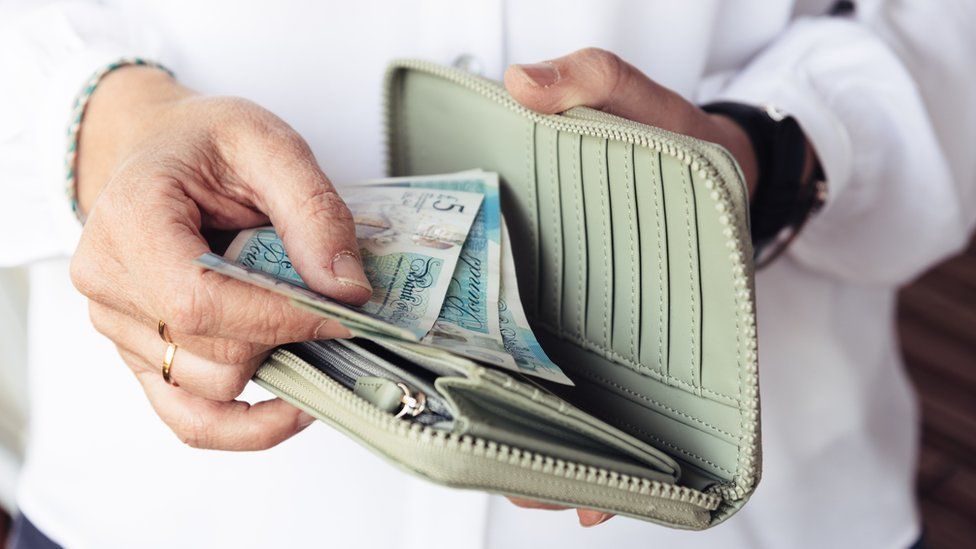 Interest rates have increased for the third time in four months as the Bank of England tries to calm the rise in the cost of living.

Energy bills and food costs are increasing and there is concern the war in Ukraine will push prices up further.

The Bank has warned inflation, the rate at which prices rise, may reach 8% and possibly higher, in the coming months.

Explaining why it had lifted its forecast, it said that the invasion of Ukraine by Russia "has led to further large increases in energy and other commodity prices including food prices.

"It is also likely to exacerbate global supply chain disruptions, and has increased the uncertainty around the economic outlook significantly," it added.

Prices had already increased by 5.5% in the year to January, the fastest rate for 30 years and well above the Bank's 2% inflation target. The Office for National Statistics (ONS) said that energy and fuel prices had contributed to the rising cost of living.

The Bank's policymakers cited the rising cost of living and strong employment as the reasons for the latest rate rise.

The members of the Monetary Policy Committee (MPC) felt that "given the current tightness of the labour market, continuing signs of robust domestic cost and price pressures, and the risk that those pressures will persist", an interest rate rise was justified.

It also warned that inflation could hit double-digits later in the year if energy prices push up the energy price cap. 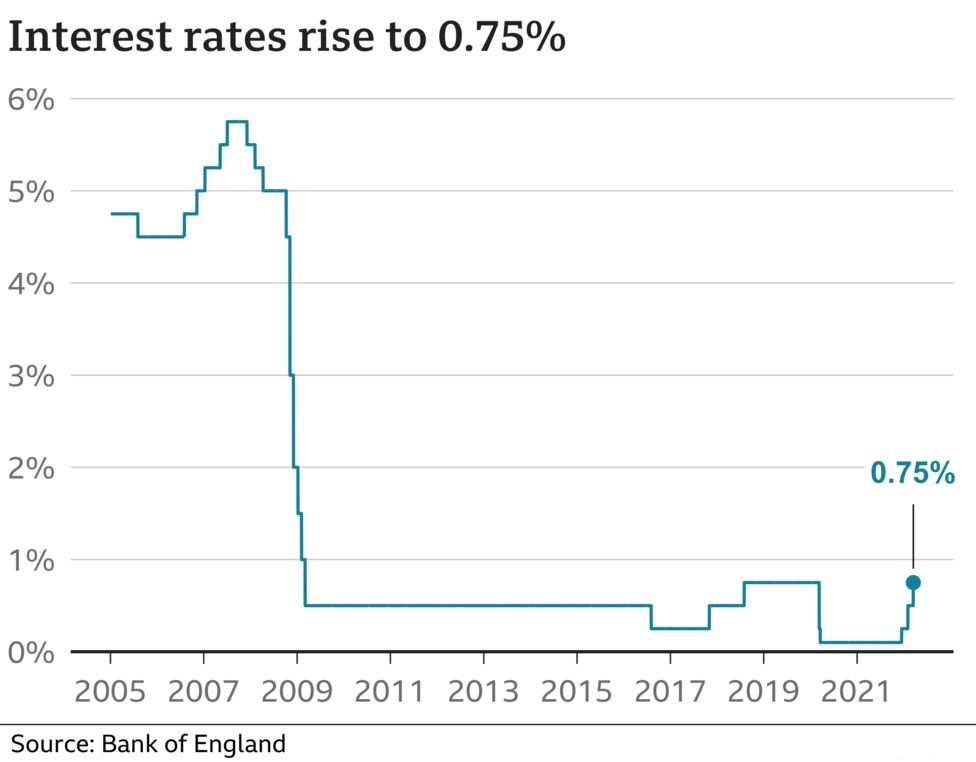 The MPC voted by a majority of 8-1 for the move, with deputy Bank governor Jon Cunliffe the only member to vote for keeping rates unchanged. He said this was because of the impact of rapid price rises on household incomes.

The committee said that more interest rate rises "might be appropriate in coming months, but there were risks on both sides of that judgement depending on how medium-term prospects evolved."

The invasion of Ukraine was likely to push prices up even faster than the Bank expected at its last meeting in February, it added.

"The economy had recently been subject to a succession of very large shocks. Russia's invasion of Ukraine was another such shock," it wrote. 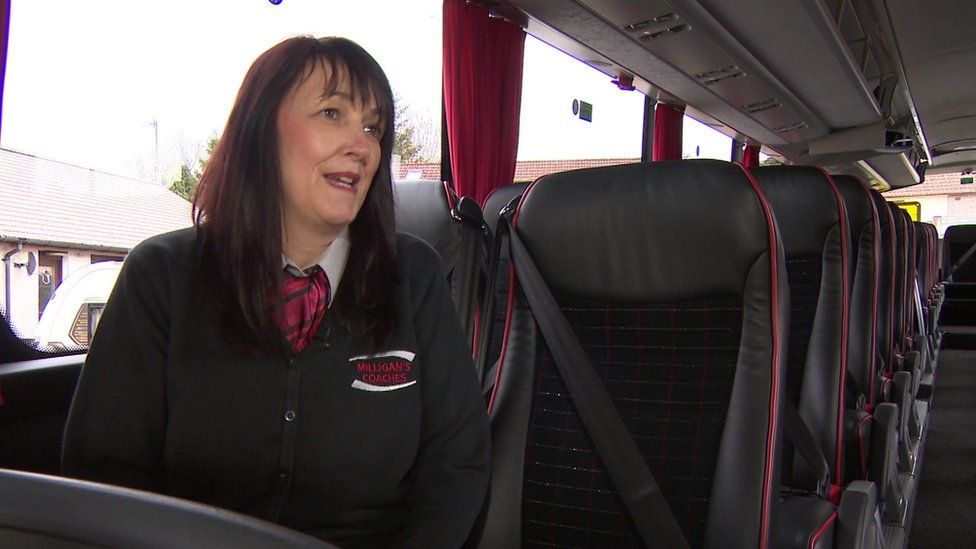 Morag Milligan is the operations manager at Milligan's Coaches

Morag Milligan, the operations manager at Milligan's Coaches in East Ayrshire, said that the business had barely recovered from the shock of coronavirus-related lockdowns and travel restrictions.

Citing rising fuel prices, she said: "It feels it's just never-ending for the industry... it's crisis after crisis."

The company has seen an 8% increase in fuel costs which had been a drain on resources. "The increase just makes it harder and harder to run," she said.

About two million households will see an immediate increase in their mortgage payments as a result of the rise in rates, according to UK Finance.

The Bank said that higher global prices for energy and other goods were responsible for the faster rise in inflation than the MPC predicted at its last rate-setting meeting.

However, it expects inflation to "fall back materially" once prices stop rising and the impact of inflation on household incomes starts to bite.

'A change in mood music'

While the headline impact of a rise in rates will be felt by homeowners on variable rate mortgages, the big change today was in the mood music at the Bank of England.

Last month, it indicated that the rise was the first in a series likely over the coming months. That language has been toned down and indeed there was one member of the committee who voted to keep them on hold.

This indicates that the Bank is nervous about the economic impact of the massive rise in energy and food prices. More nervous than it is about the fact that already eye-watering 30 year highs for inflation, are not just going to be even higher at 8%, but potentially breach that by the end of the year.

The Russian invasion is one of a series of so-called "stagflationary" shocks, that send both growth figures and inflation figures in the wrong direction.

There is not much the Bank can do to stop the energy price cap and food prices sending the increase in the cost of living to 9 or 10%. But it is signalling its concern about the overall impact on the economy of a prolonged hit to consumers, from events 1,500 miles away.

But the union Unite hit out at the Bank's decision, with its general secretary Sharon Graham saying that it comes at a time when "millions of working people are facing the worst cost-of-living crisis for generations".

"This rise will put even more pressure on household finances as inflation and energy bills continue to skyrocket."

Sarah Coles, personal finance analyst at Hargreaves Lansdown, pointed out that energy bills were already set to increase in April with the rise in the energy price cap.

The British Chambers of Commerce argued that higher rates will do little to curb some of the global causes behind the surge in prices and risk intensifying the financial squeeze on consumers and businesses.

Suren Thiru, its head of economics, urged the chancellor to use his Spring Statement on 23 March to tackle the "cost of doing business crisis" by delaying the National Insurance rise and introducing a temporary energy price cap for businesses.

"This would give firms the headroom to keep a lid on prices, protect jobs and make investment that is so vital to sustaining our economic prospects."