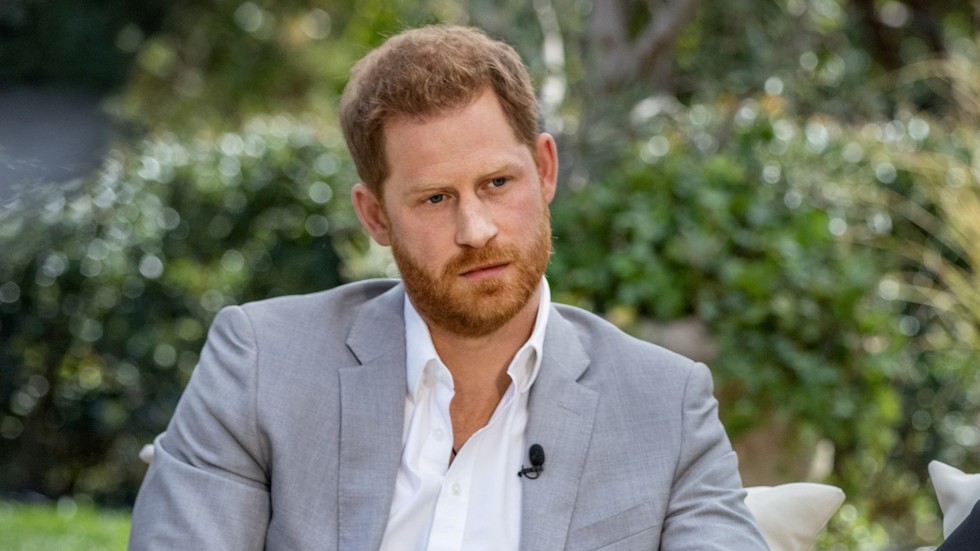 If you’re looking to Prince Harry to fix your mental health, not even the Royal Family’s pre-Megxit billions can save you

Prince Harry has revealed his next move in the eye-rolling dilettante express, which we ordinary human beings are asked to regard with nothing short of rapturous anticipation: ‘Chief Impact Officer’ for a mental health “unicorn.”
The man still known as the Duke of Sussex is hurling himself into the dubiously useful field of life-coaching feet-first, taking the job of CIO at Silicon Valley mental health coaching firm Better Up Inc, where he has declared his work will help provide “endless possibilities for personal development, increased awareness, and an all-around better life.”

It’s all very well to say these things, of course, knowing that one’s track record with regard to actually accomplishing them is all but impossible to measure. However, Harry also intends to involve himself in “product strategy decisions” and “charitable contributions,” as well as “advocat[ing] publicly on topics related to mental health” – all matters he’s had at least some experience with as a working royal.

That said, it’s not clear which member of the couple is less fit to be giving out mental health advice. Harry, born into royalty, has acknowledged he suffers from post-traumatic stress disorder both from the death of his mother, Princess Diana, and his 10-year military career, which involved shooting people from his Apache helicopter in Afghanistan. Indeed, his mental demons seem to have been powerful enough to send him fleeing halfway around the world just to whore his princely title out for Netflix cash and declare – no irony included, apparently – that he “intend[s] to help create impact in people’s lives” via “proactive coaching.”

Meanwhile, his wife Meghan relentlessly yanked on the ear of anyone who was listening earlier this month, to remind them all how suicidal she felt while pregnant with the couple’s young son Archie. It's a sad story indeed, but one which rings questionably true due to its being timed advantageously to coincide with the couple’s decision to put their – perhaps soon-to-be former – royal hand out in the time-honored gesture of donation-seeking.

While mental illness is not something to be ashamed of in and of itself, a couple who have aired theirs before the eyes of the entire Anglophone TV-watching public is hardly a winning example to follow for individuals seeking a solution to their own psychological problems.

About one in five Americans will experience mental health issues at some given point in their lives, but the vast majority of those will do so without the advantage of Harry and Meghan’s endless cash flow, or the supportive aura of the media establishment (which, despite Markle’s moping about its supposed racism, was nevertheless infinitely more supportive of her tone-deaf whining than it has been of any individuals not married into the British royal family, mental illness or no).

Harry’s tenure seems almost guaranteed to be spiked with Marie Antoinette moments, especially if he plans to work within the US healthcare system, better known for its stratospheric expenses than its ability to actually help anyone. Additionally, there’s no doubt Harry will be paid handsomely for his time by the “unicorn” – defined as a privately owned startup with a valuation of over $1 billion – that the “coaching and mental health firm” BetterUp advertises itself as being. The whole thing seems set up as a farce.

In case your eyes have further yet to roll, BetterUp Inc CEO Alexi Robichaux described the ex-prince’s new post as a “meaningful and meaty role,” though he declined to describe exactly how Harry would be paid aside from that he would become an “officer of the corporation,” also appearing at “special company events.”

Tellingly, the former royal “won’t manage employee or have direct reports,” Robichaux stated, apparently possessing at least an iota of self-awareness in terms of the cringe-inducing moments that would ensue should the former prince be placed in the role of giving orders to the hoi polloi.

Robichaux also suggested that Harry's “military experience” could provide “another differentiating strength,” suggesting he “comes from a very different background” than the company’s other executives. However, he didn’t make clear what exactly about Harry’s 10-year service in the British military might offer a benefit to any potential life-coaching clients (who would presumably be American, given the company’s location).

In 2013, then-Prince Harry complained that while he had killed people during the conflict in Afghanistan – invaded in 2001 by the US and later its allies, including the UK, and still under attack 20 years later – his “father [Prince Charles] wanted him to act like a prince.” Woe, woe is he – never mind those Afghanis who died under his helicopter.

Even before tying the knot with Meghan, Harry admitted he continued to struggle mentally over the death of his mother Princess Diana, and experienced post-traumatic stress disorder in the form of combat flashbacks. While his military experience could theoretically benefit other former soldiers, it’s difficult to imagine how any American vet could possibly afford “life-coaching services,” let alone those provided by a firm that comes accompanied by a princely pedigree. Harry’s enormous wealth doesn’t even inhabit the same universe as the financial plight of the average American veteran, many of whom are reduced to extreme poverty, addiction, and homelessness in addition to PTSD.

Placed next to the histrionic Meghan and her ravenous demands for attention at all costs, Harry is positively a picture of mental health. Still, anyone who finds themselves seeking out mental health services from either of them can be certain of one thing – their psychological suffering won’t be cured anytime soon, but their wallets are highly likely to never recover.
Add Comment