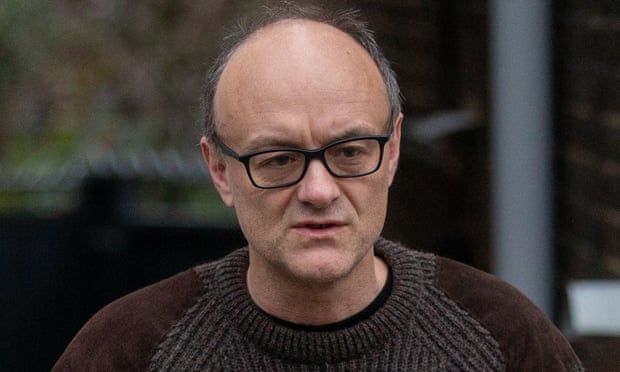 The former senior adviser also claimed that officials were deeply uncomfortable with handing over some evidence to the inquiry, believing that they could face retribution for damaging evidence.

Cummings has claimed Johnson was warned in advance that a summer party invitation held in No 10 during the first lockdown was a breach of the rules.

Both Cummings and another senior official are said to have warned Johnson the party was a mistake – but Johnson has claimed he believed the 20 May drinks in the garden to be a work event.

Senior police officers are understood to have also have been interviewed by Gray, with evidence reported to be extremely damaging.

Cummings said he was hesitant to speak directly to Sue Gray, the official leading the probe into multiple lockdown breaches. He said that other private discussions he had had since leaving government had been leaked.

Cummings said that he had told Gray: “If we speak the PM will invent nonsense and spin it to the media and you and I will both have problems, let’s keep everything in writing, therefore he cannot invent things I’ve supposedly said to you, there is only a written record, this makes both our lives easier.”

Cummings said he believed officials would not hand over crucial evidence to the inquiry. “I know others are very worried about handing things to the Cabinet Office because they know the PM will see everything SG [Gray] collects,” he said. “This inevitably means that evidence, including photos, is not given to her and instead will keep leaking after her report. To stress, this is a consequence of beliefs about the PM’s integrity, not SG’s.”

He said he believed more damaging stories would emerge this week, saying “many officials are desperate to shove the kunlangeta off the ice this week”.

The latest detail from Cummings came amid transparency fears over the publication of the report, as two cabinet ministers said only the “findings” of Gray’s report will be published.

Asked if it would be published in full, the education secretary, Nadhim Zahawi, told BBC Radio 4’s Today programme: “So the terms of reference for Sue Gray’s report is that the findings of her report will be made public, and the prime minister has pledged he will come to parliament to then make a statement and be scrutinised by colleagues on the findings of that report.”

Dominic Raab, the justice secretary and deputy prime minister, said on Sunday that it would be up to Boris Johnson to decide how much information was released.
#Boris Johnson  #Dominic Raab  #Johnson  #Raab
Add Comment