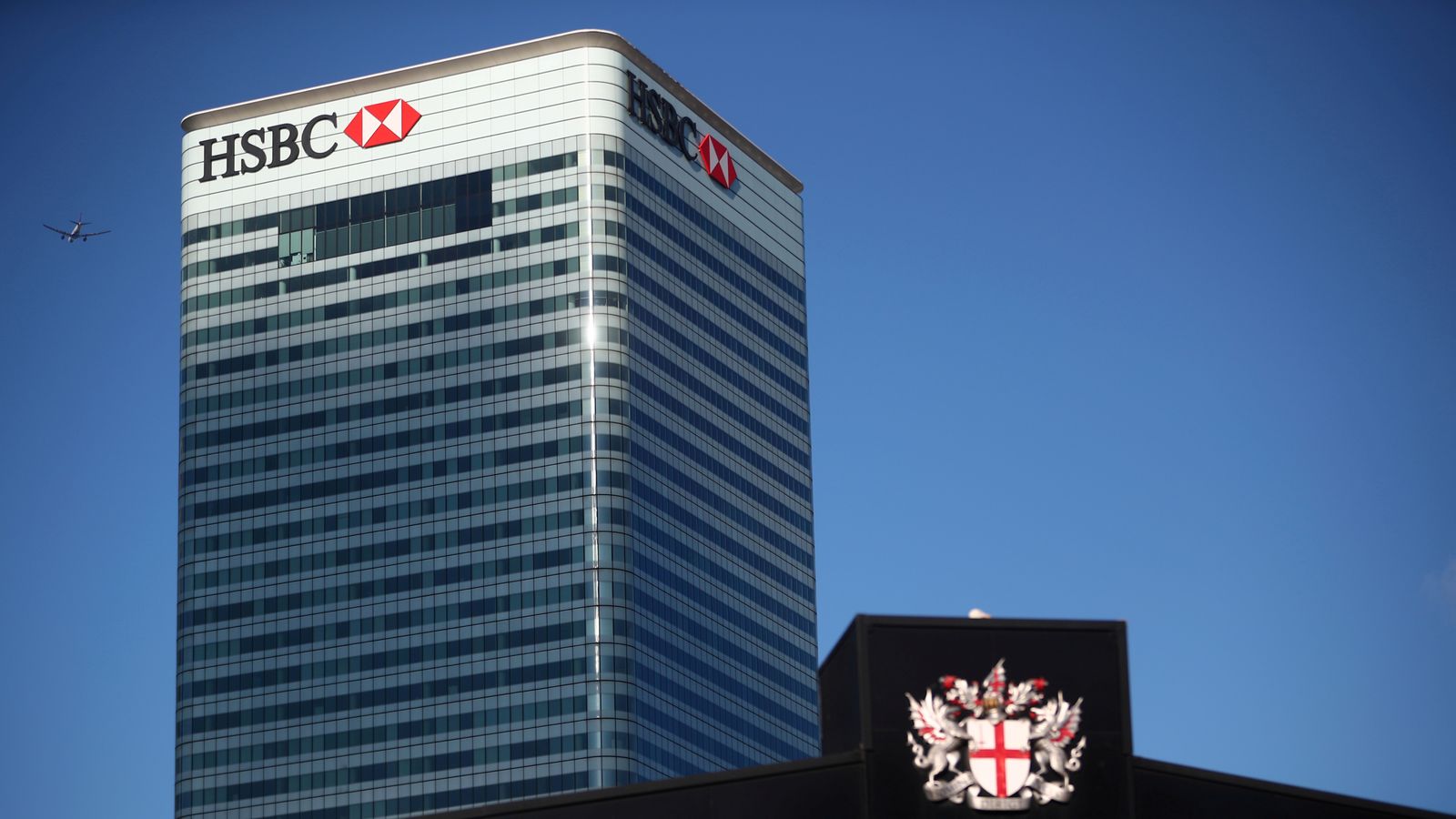 Sky News has learnt that HSBC's board has instructed investment bankers at JP Morgan to sound out prospective buyers of its business in the country.

Sources said a sale would represent a substantial deal - both financially and symbolically - for HSBC.

According to its website, HSBC is the seventh-largest bank in Canada, having made more than a dozen acquisitions there since the early 1980s.

One analyst suggested that the value of its Canadian subsidiary could be in the region of $7bn (£6bn).

It comes as the London-headquartered lender is confronted by a campaign orchestrated by the Chinese insurance group Ping An for it to embark on a wholesale break-up.

Ping An, which owns more than 8% of HSBC, is thought to have told HSBC - led by chairman Mark Tucker and chief executive Noel Quinn - to split its lucrative Hong Kong business from the rest of its global empire.

HSBC has already retrenched from parts of its business in the US, announcing last year that it would sell or wind down its mass-market retail operations there.

The group remains, nevertheless, a sprawling international banking giant, with a presence in more than 60 countries.

It is one of Britain's biggest high street banks, having acquired the Midland Bank in 1992.

The group remains domiciled in the UK, and last reviewed its global base in 2015 under then chief executive Stuart Gulliver.

Responding to an enquiry from Sky News, HSBC said in a statement: "HSBC regularly reviews its businesses in all its markets.

"We are currently reviewing our strategic options with respect to our wholly owned subsidiary in Canada.

"Amongst the options being explored is a potential sale of HSBC Group's 100% equity stake in HSBC Bank Canada. HSBC Bank Canada is a very strong business and Canada's leading international bank.

"The review is at an early stage and no decisions have been made."

HSBC's London-listed shares were trading on Tuesday morning at just over 470p, giving it a market value of more than £101bn.
Add Comment