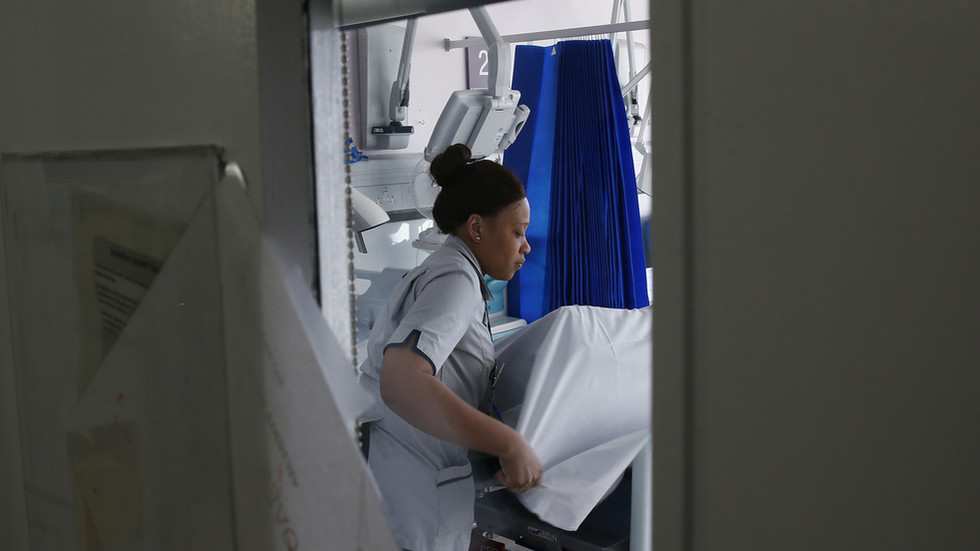 Hospital ban for racists? NHS plan to hand out ‘red cards’ to patients who offend medical staff debated on RT

Patients who direct racist or sexist abuse at hospital staff could have their treatment withdrawn – as soon as is medically safe – under a new disciplinary system which would see ‘red cards’ handed out to repeat offenders.
The ‘Red Card to Racism’ scheme was recently implemented by the NHS’s North Bristol Trust (NBT) in response to increasing incidents of racist behavior from patients toward medical professionals. But the proposal has triggered mixed reactions.

“A message that there’s zero tolerance towards [racism] will lead to a level of self control,” Weyman Bennett, co-convenor of the Stand up to Racism campaign told RT, adding that “most of these people will find that once their behavior is deemed unacceptable, they realize that they can no longer behave like that.”

Stephen Morris, the national secretary for the English Democrats Party, challenged Bennett’s view in the on-air debate, saying that the NHS “is there to treat people” and it should do so “without question.”

Under the scheme, a patient who is sexist or racially abusive toward staff would be warned and receive a “yellow card” initially – but if the behavior continues, they would be given a “red card” and have their treatment withdrawn as soon as it is medically safe, NBT chief Andrea Young told the BBC.

The goal is to “challenge and report” incidents of abuse, to send a “strong signal that any racism or discrimination is completely unacceptable” and will be met with consequences, she said.

Yet, trying to monitor sexism and racism in this way can “open a massive can of worms,” Morris said, if a patient holds views meaning they don’t want to be treated by a certain type of person.

Bennett disagreed, arguing that there is “no reason to respect” the fact that someone simply refuses to be treated by a black person or an Asian person, for instance. “Being a racist isn’t a ‘philosophical view,’ it’s just plain wrong,” he said. “People that are racist need to be challenged and it has to be done in such a way that they can simply understand that their behavior is unacceptable,” he added.

The heightened tensions and stress of being in hospital, however, are not “normal circumstances,” Morris said – and even asking someone to just calm down could actually “escalate the situation.”

“What you need to do is make sure you get them treated, get them out, report [the behavior] and then get them prosecuted if need be – afterwards,” he said. “If you start issuing yellow cards and red cards in the hospitals, that’s going to aggravate people more.”

In Bennett’s view, however, it would be “easier for health professionals to give people a warning about their behavior without necessarily bringing in the police and the courts.”
Add Comment