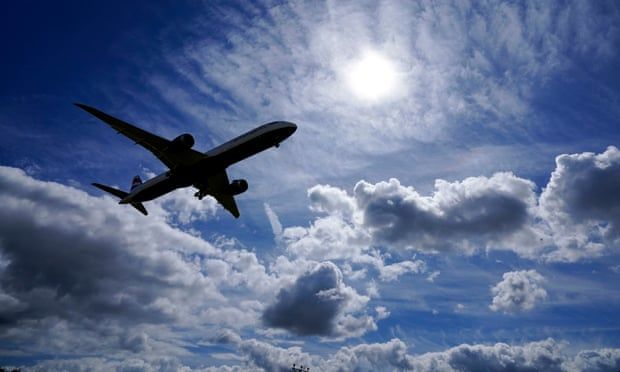 Ministers also paid £575,748 for five flights that never took off – two to Spain, two to Pakistan and one to Somalia. Officials say that they paid less than the usual cancellation costs on these flights as some flights could be rebooked or rescheduled.

Some of the flights to European destinations had people with criminal convictions on board, along with “third country” removals. These were mainly asylum seekers who arrived across the Channel in small boats and whom the Home Office sent back to European countries they had passed through en route to the UK. This arrangement ended post-Brexit and so far the Home Office has not secured any new agreements with European countries to return small boat arrivals there.

The information, disclosed to the Guardian in a freedom of information response from the Home Office, said no children were removed on any of these charter flights.

Officials say that the costs incurred on these charter flights included the cost of chartering suitable aircraft, onboard catering, use of departure airports’ facilities and policing.

Not everyone the Home Office deports is removed on a charter flight, some are taken on scheduled flights.

Bella Sankey, director of Detention Action, said: “These lavishly expensive flights make a mockery of good governance and value for money. But even worse than the economic waste, is the harm and pain they’ve funded. Semi-naked, self-harming refugees have been exported to face destitution across Europe and black British families unable to pay legal fees have been ripped apart by these flights.

“At present, our deportation and removals system is unsafe & unjust and any airline which believes in corporate social responsibility should refuse to operate it.”

A Home Office spokesperson said: “We make no apology whatsoever for seeking to remove those who abuse our hospitality and have successfully deported 7,985 foreign national offenders since January 2019. Charter flight operations are an important means to return disruptive individuals or where they are limited scheduled routes, particularly during the global coronavirus pandemic.

“Unfortunately, late legal claims – which are often unfounded or without merit – can result in people being removed from flights at the last minute. Our new plan for immigration will stop the abuse of the system and expedite the removal of those who have no right to be here.”
#Coronavirus
Add Comment