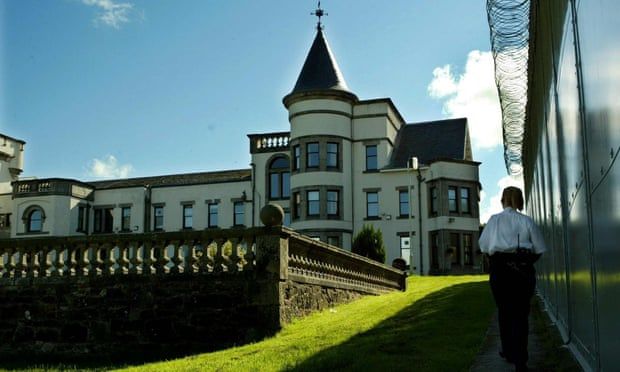 Charities shocked by treatment of people traumatised by dangerous boat journeys
Asylum seekers who have spent 10 hours or more crossing the Channel in flimsy dinghies while terrified of drowning are being bussed almost 500 miles to Scotland to be processed immediately after reaching UK shores, the Guardian has learned.

The asylum seekers typically arrive on the beaches of the UK’s south coast soaked, shivering and traumatised. Until recently they have been processed in Home Office short-term holding facilities (STHF) in immigration detention centres an hour or two away from where they entered the UK.

But in the last few weeks dozens have been bundled on to buses and driven almost 500 miles – a journey of eight to nine hours – to an immigration detention centre called Dungavel in Strathaven, South Lanarkshire.

Kate Alexander, director of Scottish Detainee Visitors, said: “When I visited Dungavel on 14 October, I learned that around 50 people who had crossed the Channel in small boats had been brought there for ‘processing’. Staff said this was the second time it had happened in a month, but not before that.

“I was profoundly shocked that the Home Office is putting people traumatised from a dangerous Channel crossing on a bus journey of over 500 miles immediately on arrival.”

The Home Office is known to be under pressure from small boat arrivals. A recent internal memo seen by the Guardian refers to an operational emergency after a “critical incident”, in reference to almost 1,200 people arriving in small boats on 11 November.

Emma Ginn, director of the charity Medical Justice, which supports the health needs of people in detention, said: “Our clients have described terrifying journeys, often being forced into boats by smugglers when they could see that the boat was not safe and they could not swim.

“Unsurprisingly, we have seen high rates of psychological trauma relating to these types of journeys, and it is very concerning that these individuals are then subjected to a further long journey resulting in immigration detention.”

A Home Office spokesperson said: “The British public have had enough of seeing people die in the Channel while ruthless criminal gangs profit from their misery and our new plan for immigration will fix the broken system which encourages migrants to make this lethal journey. People should claim asylum in the first safe country they reach – rather than making dangerous journeys to the UK. That is why we will have rules in place to make asylum claims inadmissible where people have travelled through or have a connection to safe countries.”
Add Comment