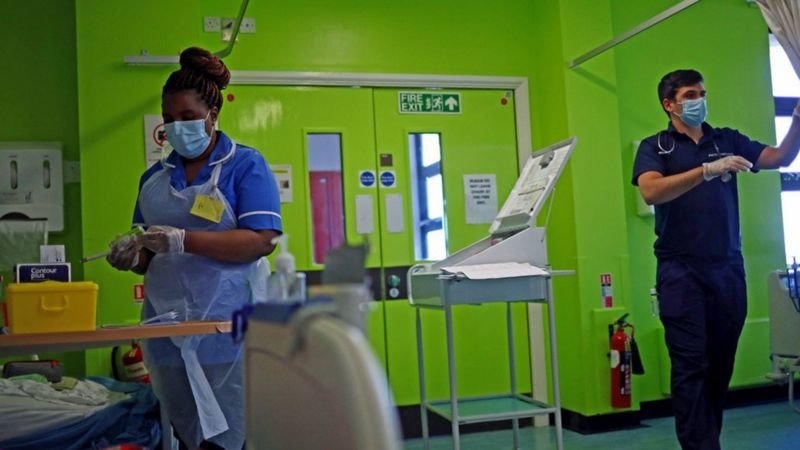 Hospitals in Greater Manchester are treating "more Covid patients than at the peak of the first wave", resulting in non-urgent care being suspended.

Non-urgent hospital surgery and appointments will not go ahead as planned as coronavirus admissions have increased by 64 patients in a week.

Urgent and emergency care, such as cancer treatment, will continue.

Those affected by the delay will be contacted by hospitals, a spokeswoman for Greater Manchester Health and Social Care Partnership said.

Before a nationwide lockdown came into force in England on Thursday, Greater Manchester had been in the highest level of the three-tier system of restrictions. 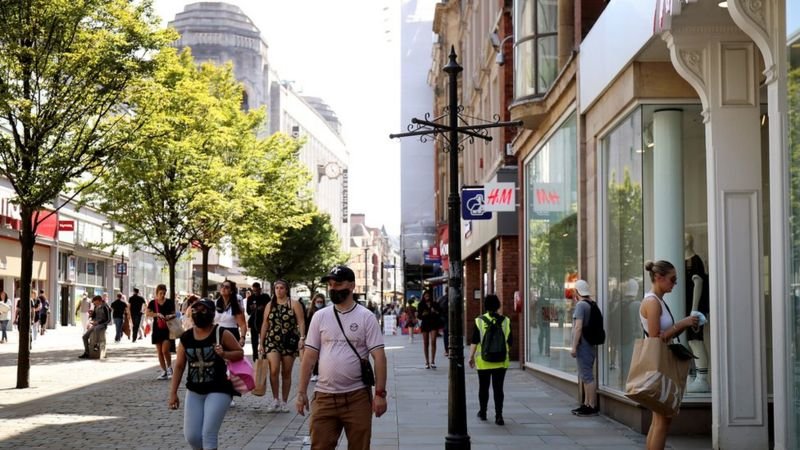 Greater Manchester has been under tighter restrictions since July

A statement from the partnership, which co-ordinates health and social care across Greater Manchester, said: "Staff have worked tirelessly to try to maintain services and deliver the highest quality of healthcare to local people.

"Despite these efforts it is now necessary to pause non-urgent work to ensure we are in a position to expand critical care facilities, whilst maintaining cancer and other urgent care, including cardiac services, vascular surgery and transplantation."

It said that The Christie cancer hospital will continue to provide care, while Rochdale will also provide cancer surgery as a Covid-secure site for Greater Manchester.

Diagnostic services, including endoscopy, and the majority of out-patient services will not be affected.

Patients were advised to "assume your treatment is continuing as planned" unless told otherwise.

This hard decision by health authorities in Manchester comes after similar moves by individual hospitals in Birmingham, Nottingham and Edinburgh, amongst others.

National NHS leaders had wanted to keep services open while a second wave of coronavirus unfolded.

But the BMA, which represents around 160,000 doctors in the UK, says hospitals have too few beds and staff to keep hip replacements, cataract surgery and other non-emergency operations going.

Stricter lockdown measures are designed to bring the R number down. But hospitalisations now reflect infections some weeks ago and it's widely expected services will continue to be stretched in some areas for some time to come.

The partnership spokeswoman added: "Our hospitals are now treating more Covid patients than at the peak of the first wave and as a result of this, a number of non-urgent operations will be temporarily delayed - we are contacting the affected patients.

"Urgent and emergency care, including cancer treatment and operations will continue as normal and it's important that anyone with concerns continues to come forward for help and treatment."

The hospitals affected are: