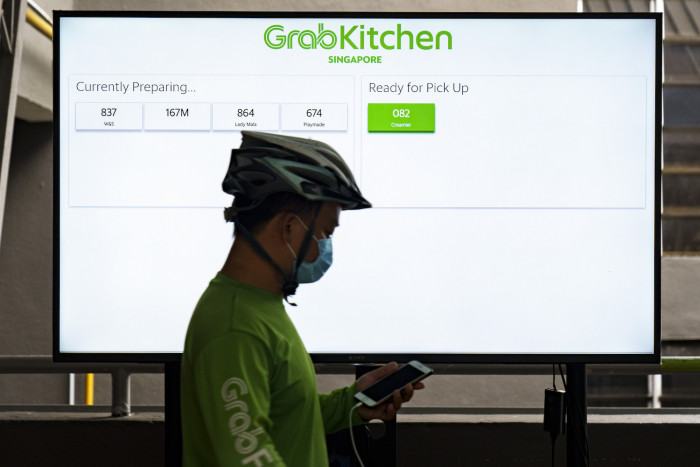 Ventures linked to the super-app Grab and the Alibaba-owned Ant Group are among four winners of digital banking licences in Singapore, in the biggest banking liberalisation initiative in two decades by the city-state.
Grab will team up with Singapore Telecommunications Ltd (Singtel) to offer digital banking services, while an application by the internet consumer company Sea Ltd, the owner of Shopee, has also been approved, the Monetary Authority of Singapore announced on Friday.

The decision by the central bank reflects a regional trend of tapping tech startups to shake up often staid financial sectors.

The Grab-Singtel and Sea groups have received digital full-bank licences and will be able to provide retail customers with services including opening accounts, deposits, as well as debit and credit cards.

However, they will not have any physical presence and all banking services will be done online.

This is different from the practice of traditional banks which offer some services via the internet or mobile apps.

The Ant and Greenland groups have been issued digital wholesale bank licences to serve corporate customers and small and medium-sized enterprises.

The four winners beat out 10 other contenders and are expected to start business in early 2022.

“We expect them to thrive alongside the incumbent banks and raise the industry’s bar in delivering quality financial services, particularly for currently underserved businesses and individuals. They will further strengthen Singapore’s financial sector for the digital economy of the future,” he said in a statement.

Hong Kong is still the regional leader in digital banking, having issued four more virtual bank licences in May last year, bringing the total of such licences to eight. The winners included Ant SME Services, a unit of Ant Group, and a Xiaomi-led venture called Insight Fintech HK.