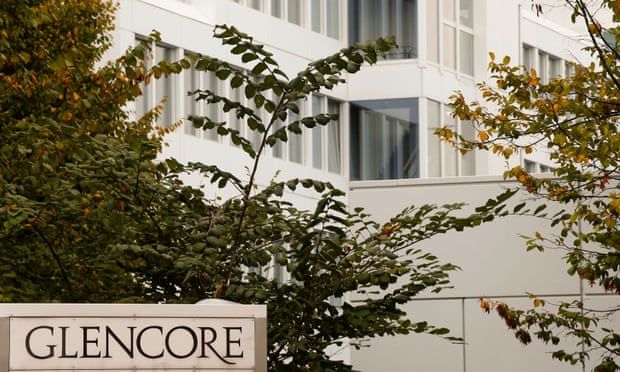 Glencore, a member of the FTSE 100 index of Britain’s biggest public companies, said it would pay penalties of $700m to resolve US bribery investigations and $485m to resolve market manipulation investigations, with some reductions in anticipation of settlements in other countries.

The company also indicated a UK subsidiary would plead guilty to charges heard at Westminster magistrates court in London on Tuesday, the UK’s Serious Fraud Office said in a statement.

The charges came after investigations by US and UK authorities, started in 2018 and 2019, respectively. When Glencore first revealed the US Department of Justice investigation in 2018 it said that documents were requested related to business dealings dating as far back as 2007.

The SFO alleged that it had found “profit-driven bribery and corruption across the company’s oil operations in Cameroon, Equatorial Guinea, Ivory Coast, Nigeria, and South Sudan”.

“Glencore agents and employees paid bribes worth over $25m for preferential access to oil, with approval by the company,” the SFO alleged.

In February, the company said it had set aside $1.5bn to cover potential fines and costs related to bribery and corruption investigations in the UK, US and Brazil. Although the settlement is significant, it is still smaller than the $4bn Glencore announced – on the same day – would be returned to shareholders after record profits.

A sentencing hearing will take place on 21 June, when payments it must make will be determined, although Glencore said that it did not expect the total fines to exceed the $1.5bn set aside – suggesting UK authorities are likely to receive significantly less than their US counterparts.

Dutch and Swiss authorities are also investigating alleged wrongdoing, some of which is thought to be related to operations in the Democratic Republic of Congo.

“We won’t stop fighting serious fraud, bribery and corruption, and we look forward to the next steps in this major prosecution.”

Kalidas Madhavpeddi, Glencore’s chair, said: “Glencore today is not the company it was when the unacceptable practices behind this misconduct occurred.”

Susan Hawley, the executive director of Spotlight on Corruption, a campaign group, welcomed the SFO’s charges after “longstanding allegations of serious corruption”, but added that it was “criticial” that any settlement included “compensation for the victims of their alleged corruption in West Africa”.

“As the first potential corporate conviction under section 1(1) and (2) of the Bribery Act, it’s particularly significant that Glencore could face a serious risk of being debarred from public contracts,” Hawley said.

“It is essential that those responsible for the wrongdoing, including senior executives and the parent company, are held to account and that there is full transparency over any steps taken by Glencore to improve its compliance and anti-corruption measures.”

Glencore confirmed in a stock market announcement on Tuesday afternoon that it would appear in court in the UK and US “in connection with proposed resolutions of the relevant investigations”, and that it would make a further statement after the hearings finished.
Add Comment