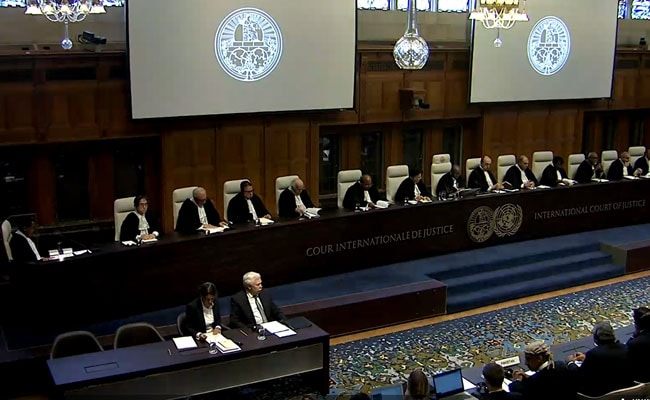 Germany decided to withdraw the case "following recent judicial developments in Italy" and after exchanges between the two countries, the ICJ, the United Nations' highest judicial body, said in a statement.

The court, based in The Hague, the Netherlands, therefore cancelled the hearings which were due to be held next Monday and Tuesday.

On April 29, Germany filed a complaint against Italy on the grounds that it was "failing to respect its jurisdictional immunity".

Faced with a growing number of cases before Italian courts brought by families of victims of Nazi crimes, Germany filed a complaint with the ICJ in 2008.

The court ruled in 2012 that Italy had failed in its obligations by allowing legal proceedings to be brought to obtain compensation from Berlin for victims of Nazi crimes.

Italian courts had "since 2012... entertained a significant number of new claims... in violation of Germany's sovereign immunity," Berlin's application said.

Berlin changed its mind after a new decree came into force at the start of the month.

Germany agreed with Italy that the decree addressed its main concern, the court said.

"Germany understands from the decree that 'Italian law requires Italian courts to lift measures of enforcement previously taken, and that no further measures of constraint will be taken by Italian courts against German property... located on Italian territory'," the ICJ said.
Add Comment