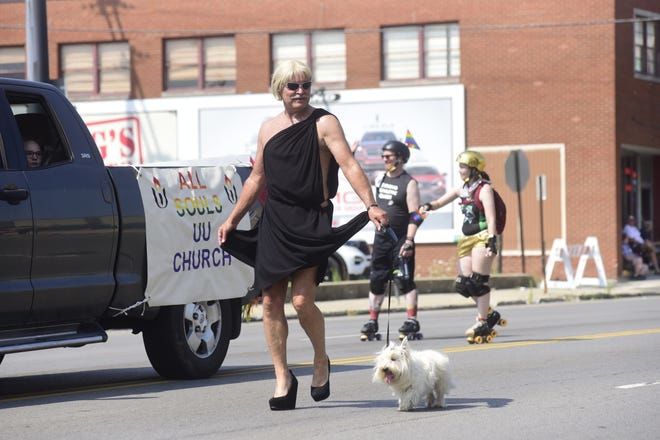 Event draws visitors from near and far. 'I've marched in Berlin,' said one

Visitors shouted their enthusiasm while participants danced their way through town to the beat of a unified spirit.

"It was a whole lot bigger than I thought it would be this year," said Tim Denis, president of the Mansfield Gay Pride Association, in reference to the 30 entries that were composed of more than 300 participants.

Signs for and against

Those watching were both in support and against the event.

One woman was offering free mom hugs — next to her, a man offered free dad hugs.

Nearby, a crowd was clapping in unison. 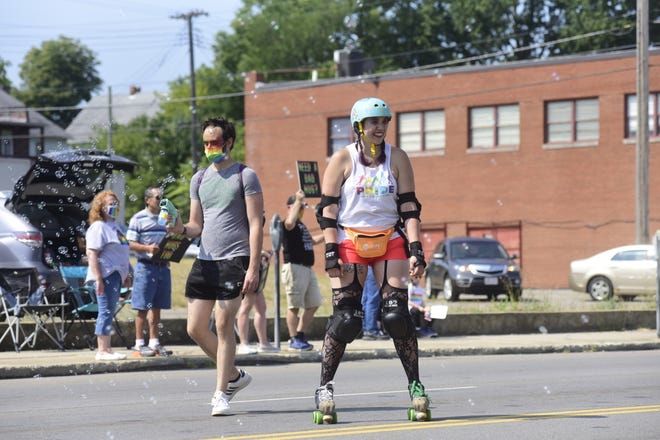 There were shirts adorned with Bible scripture as well as belly shirts cut high on people of all shapes and genders.

The event was formed in 2015. Denis was a volunteer back then. By 2019, he was a board member who was running the Pride Parade.

Unfortunately, the 2020 parade and festival were canceled because of the COVID-19 pandemic.

Supporters gathered around the gazebo at Central Park to listen to an informational session about the organization and its message. 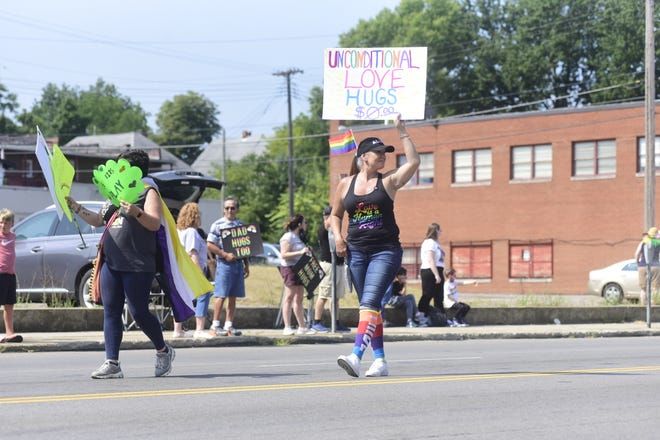 "Then we had a few speeches," Denis said. "Everyone was masked and socially distanced. We wanted to have something, and that was our best option."

In a sense, the event has still grown despite the apparent reduction in size — there were 35 floats last year and 30 this year, but half of this year's are new. Next year, organizers hope those who couldn't attend can join the newcomers so that the parade can boast more than 50 entries.

Festival bigger than ever

More than 40 booths were set up within Central Park for the festival portion of the event, which ran until 7 p.m. Saturday.

That was a record display by 10 booths.

Those vendors ranged from local church members who shared a message of love to health departments and libraries that were hoping to spread education of all types.

"We reminded everybody that it is a family friendly event," Denis said. "They could pretty much do anything that was safe for kids and adults." 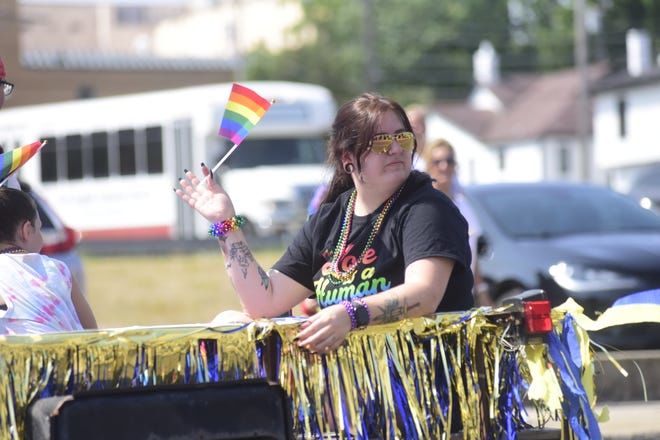 That included a craft section specifically designed for children.

The day brought a smile to the organizer's face. He especially enjoyed emceeing as the floats traversed through downtown.

"I love the parade," Denis said. "I just love getting the people singing and cheering in support of the LGBTQ community."

A worldwide effort of support

Those supporters came from around the state, as well as from across the country.

One of them, Darl Schaaff, has been in Pride events even further away.

Some of those marches were quite dangerous.

I was marching in the Budapest, Hungary, Pride parade when there were more protestors with sticks than there were participants," Schaaff said. "The police had to stop it, but we made it almost two blocks."

He also helped bring the Gay Games to Cleveland in 2014, bringing international participants to the Buckeye State. 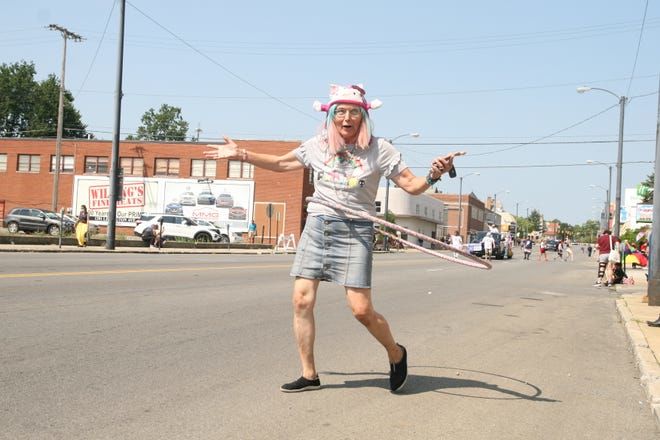 The activist and supporter is from Anchorage, Alaska, but was in Cleveland this weekend visiting his friends, Tom Stebel and Rick Borja.

"These guys have been a couple 33 years," Schaaff said. "When they told me there was Pride in Mansfield, we knew we had to come down to be supportive. Visibility is really important."

He said the Mansfield parade and festival was one of the nicest he had ever seen.

"This was wonderful," Schaaff said. "Everyone was so friendly. I like that about Ohio."

The Mansfield Gay Pride Association has seven board members and about 25 volunteers who organize the parade and festival every year.

Next year's event is already in the works for the first Saturday of August.

Potential new members are encouraged to find the organization through social media, or online at www.mansfieldgayprideassociation.org.

"They're welcome to reach out," Denis said. "We'd be happy to accommodate them."