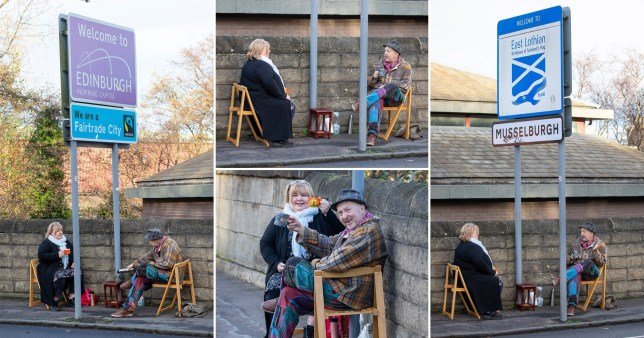 Tim Porteus, 58, and Sheila McWhirter, 57, brought folding chairs and flasks of tea and set themselves up four metres apart on either side of the border between their two councils.

They sat beneath the council boundary signs for East Lothian, where Tim Lives, and Edinburgh, where Sheila lives, to be sure they weren’t breaking the rules.

Father-of-five Tim said the idea struck him after the pair grew weary of video-calling: ‘I came up with the idea on the spur of the moment. It was freezing, we were looking at the restrictions and saying we weren’t supposed to cross council boundaries. 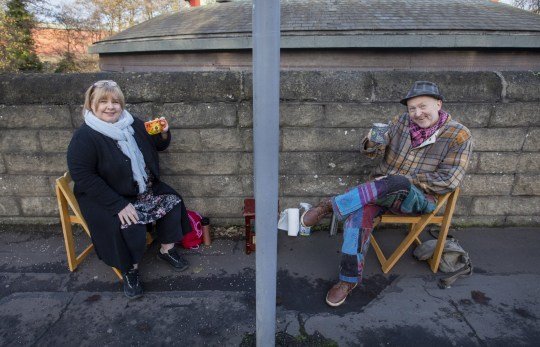 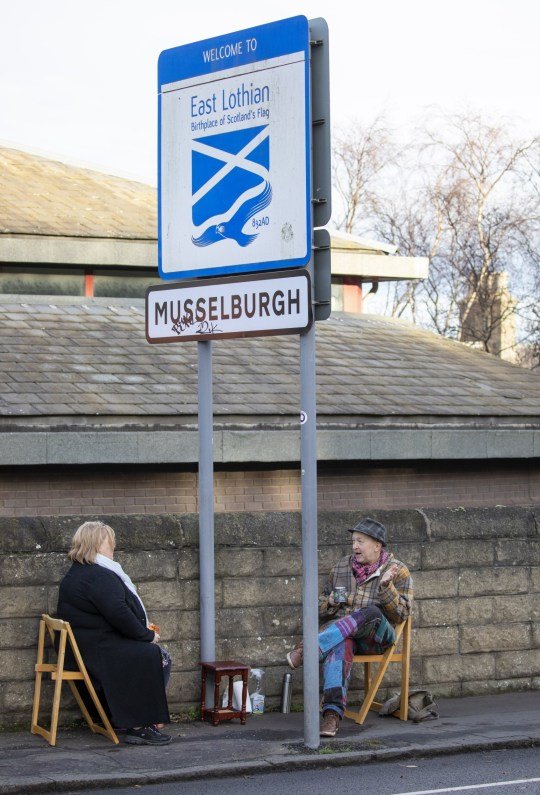 Tim, who works as a storyteller, lives in Prestonpans, East Lothian 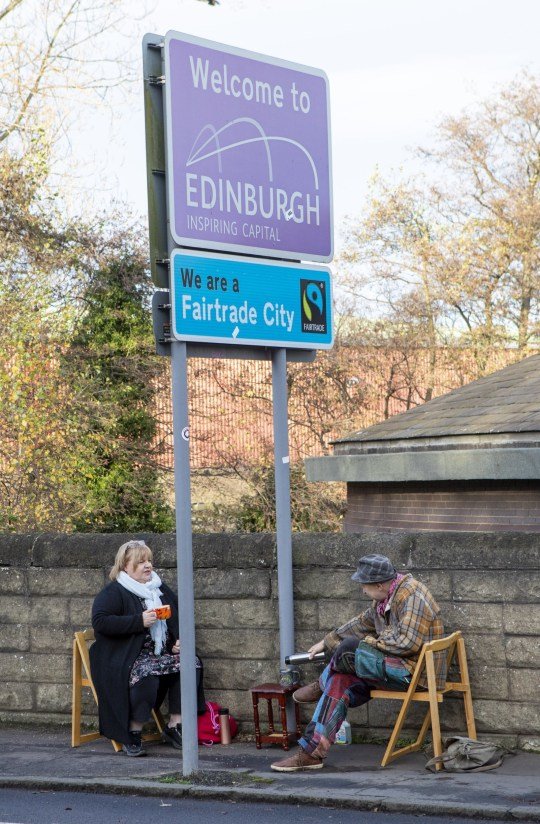 ‘We have both been struggling a bit with the lockdown, and we’ve known each other since the late 80s.

‘We always have a laugh and we understand where each other is coming from. Sometimes being behind a screen reinforces the feeling of separation.

‘I said “why don’t we just meet at the border”, and my wife dropped me off – I don’t think Sheila expected me to bring chairs, she burst out laughing and I set up the cafe.

East Lothian and Edinburgh are both in Tier 3 of the Scottish devolved government’s restrictions regime, which effectively forbids leaving or entering council borders. 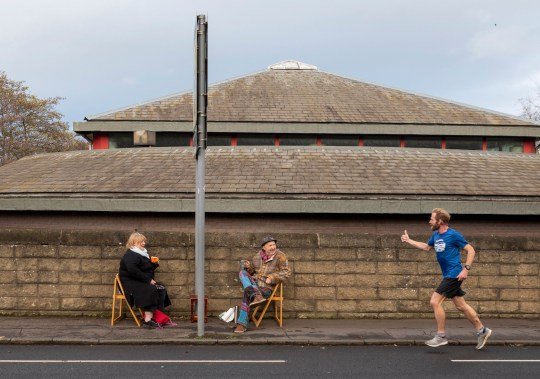 The pair were met with encouraging honks and waves from passersby 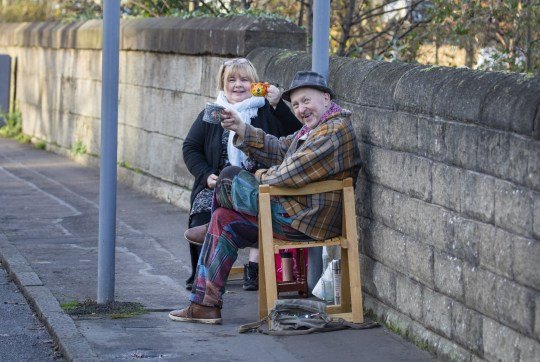 ‘It was cold but we had the tea. People were honking their horns and waving. It was really good fun, it seemed a bit of a mental thing to do.

Tim, who works as a storyteller, said he and Sheila, a singer, have always shared a ‘creative connection’.

‘Because we set it up on the border, we knew we weren’t breaking any rules. It was like we were in our own bubble, a friendship bubble.

‘We had a really big laugh about it. It was a bit like we were in a cafe.’