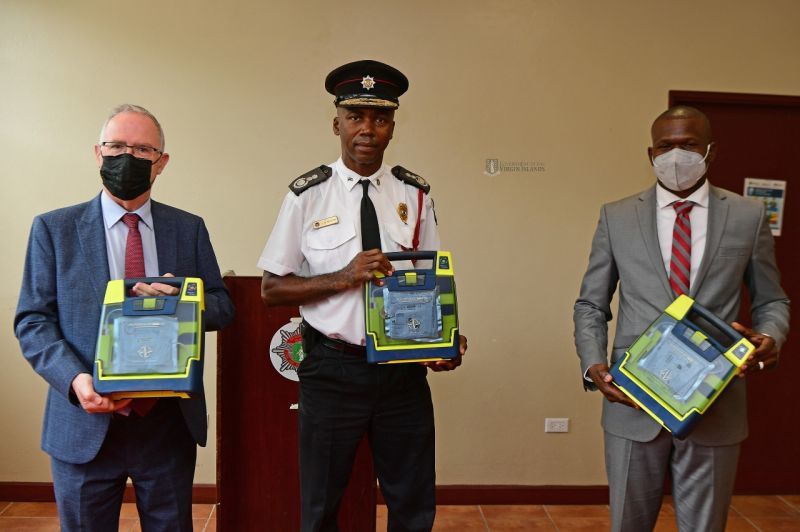 Governor Rankin said the donation was a great example of collaboration between the UK Fire Services and the Virgin Islands.

Minister for Transportation, Works and Utilities Honourable Kye M. Rymer expressed gratitude and described the exercise as a proud moment.

Honourable Rymer said, “We are happy to receive this kind donation and understand the importance of these defibrillators at the Virgin Islands Fire and Rescue Service. The minister shared that it is a timely donation for the department as they are now undertaking cardiac training. “We appreciate the 16 defibrillators and we are happy to maintain the relationship that was forged from the 2017 hurricanes between the fire services. Thank you on behalf of the Government and fire department,” Honourable Rymer said.

“This donation is the latest of many given to the Virgin Islands Fire and Rescue Service by organisations in the UK. The defibrillators will help to save lives; my officers and I are keen to get them in to service as soon as possible,” Chief McLean stated.

The mission of the Virgin Islands Fire and Rescue Service is to save and protect life, minimise damage to property by preventing and extinguishing fires; carry out rescue and perform other humanitarian services in order to safeguard the community from the effects of civil emergencies.
#the Virgin Islands  #John Rankin
Add Comment