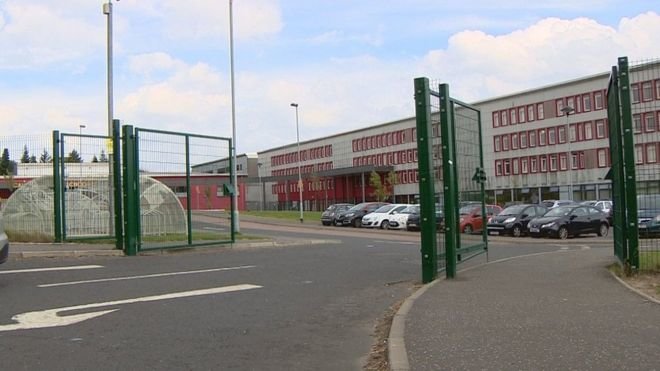 A fifth Lanarkshire school pupil has tested positive for Covid-19 amid concern the virus is being transmitted at indoor social gatherings.

The pupil at Caldervale High School in Airdrie attended school on Thursday.

However officials say there is no evidence to suggest the virus is being spread at the school and it will reopen as normal on Monday.

The latest positive case is linked to seven others in Lanarkshire, including pupils from two other schools.

An investigation is under way into the outbreak, which also includes:

Dr David Cromie, NHS Lanarkshire consultant in public health, said: "There is evidence that mixing socially in the community, particularly around social gatherings in houses, without maintaining physical distancing measures can transmit the virus and is a factor in this investigation."

He said contact tracers were getting in touch with people who have been in close contact with the latest positive case.

"NHS Lanarkshire is working closely with North Lanarkshire Council and the school to identify all close contacts of the case who are being given public health advice and being told to self-isolate," he added.

"With the route of transmission likely to be through indoor social gatherings, I would urge all parents and young people to stick to the Scottish government rules in order to avoid future cases within the community resulting in cases in the local schools."

No more than eight people from a maximum of three households are allowed to gather indoors.

Social distancing applies to anyone from separate households, unless they are under the age of 12.

NHS Lanarkshire said the Caldervale High School pupil was isolating at home with their family.

It said all parents of pupils at the school had been notified of the development.

Dr Cromie added: "We are aware that there will still be concern both for pupils and their parents/carers at this time and I wanted to reassure them that all settings which the individual has attended during their infectious period are being identified and assessed."

He urged people to wash their hands thoroughly and regularly and he reminded them they should stay off school or work if they experience any Covid symptoms, even if they are mild.

"We will continue to respond to advice from NHS Lanarkshire and provide information and reassurance to parents and carers, pupils and staff," he added.

"We fully understand that parents and pupils will be anxious. No blame is attached to anyone who is interviewed by Test and Protect but it is important that as much information as possible is given.

"In addition, pupil support within schools is available to any pupil who is anxious or has concerns."

The development emerged as the number of coronavirus cases in Scotland rose by 43 in the last 24 hours.

It included one new case in Orkney, which has been linked to an outbreak among the crew of a fishing vessel.

There have been no deaths of people who have tested positive for the virus since 15 July.

Meanwhile, the Victoria Bar in Edinburgh has temporarily closed after a customer confirmed overnight they had tested positive for Covid-19 following a recent holiday in Malta.

Owners Boda Bars said the pub, on Leith Walk, will be shut until Friday and all staff that were on duty when the customer visited will self-isolate for the next 14 days.