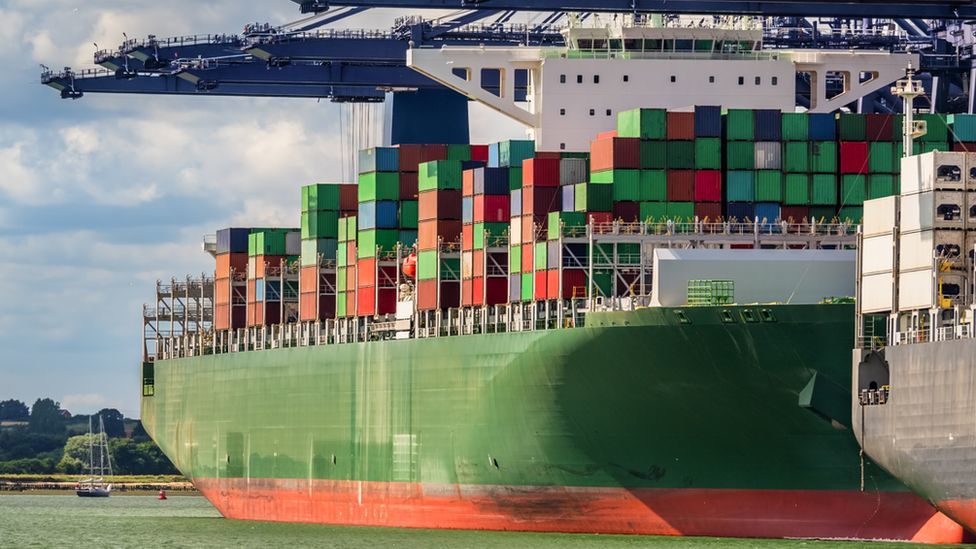 Workers at the UK's biggest container port in Felixstowe are to strike for eight days in a dispute over pay.

Around 1,900 members of the Unite union will walk out on 21 August after rejecting a 7% pay offer from Felixstowe Dock and Railway Company.

Unite called the pay offer "significantly below" the rate of inflation.

The announcement comes after a summer of strikes in the transport sector as the cost of living continues to rise.

A Felixstowe port spokesperson said the company was "disappointed" and that it was "determined" to help workers tackle rising costs - whilst continuing to invest in the port.

Unite said eight days of strike action at the port will run from Sunday 21 August ending on Monday 29 August.

"They are fully able to pay the workforce a fair day's pay. The company has prioritised delivering multi-million pound dividends rather than paying its workers a decent wage," Ms Graham added.

Around half of containers brought in to the UK are transported via the port.

A spokesperson at Felixstowe port said: "The port has not had a strike since 1989 and we are disappointed that the union has served notice of industrial action while talks are ongoing. The port provides secure and well-paid employment and there will be no winners from industrial action."

The port said workers involved in the dispute earned an average of £43,000 a year.

Talks are due to resume on Monday.

Workers elsewhere in the transport industry have also announced plans to strike in August, after unions said wages are not keeping pace with the rising cost of living and that their members need a pay rise.

Inflation - the rate at which prices rise - is currently at a 40-year-high of 9.4% and the Bank of England has warned it could reach more than 13% as energy, fuel and food prices soar higher.

Train drivers at nine rail companies will walk out on 13 August in a dispute over pay, the union Aslef has said.

The Rail, Maritime and Transport union (RMT) is planning strikes for Thursday 18 August and Saturday 20 August.

Rail passengers have already faced disruption this summer. About 40,000 RMT union members at Network Rail and 14 other train companies walked out on 27 July over pay, job cuts and changes to terms and conditions.