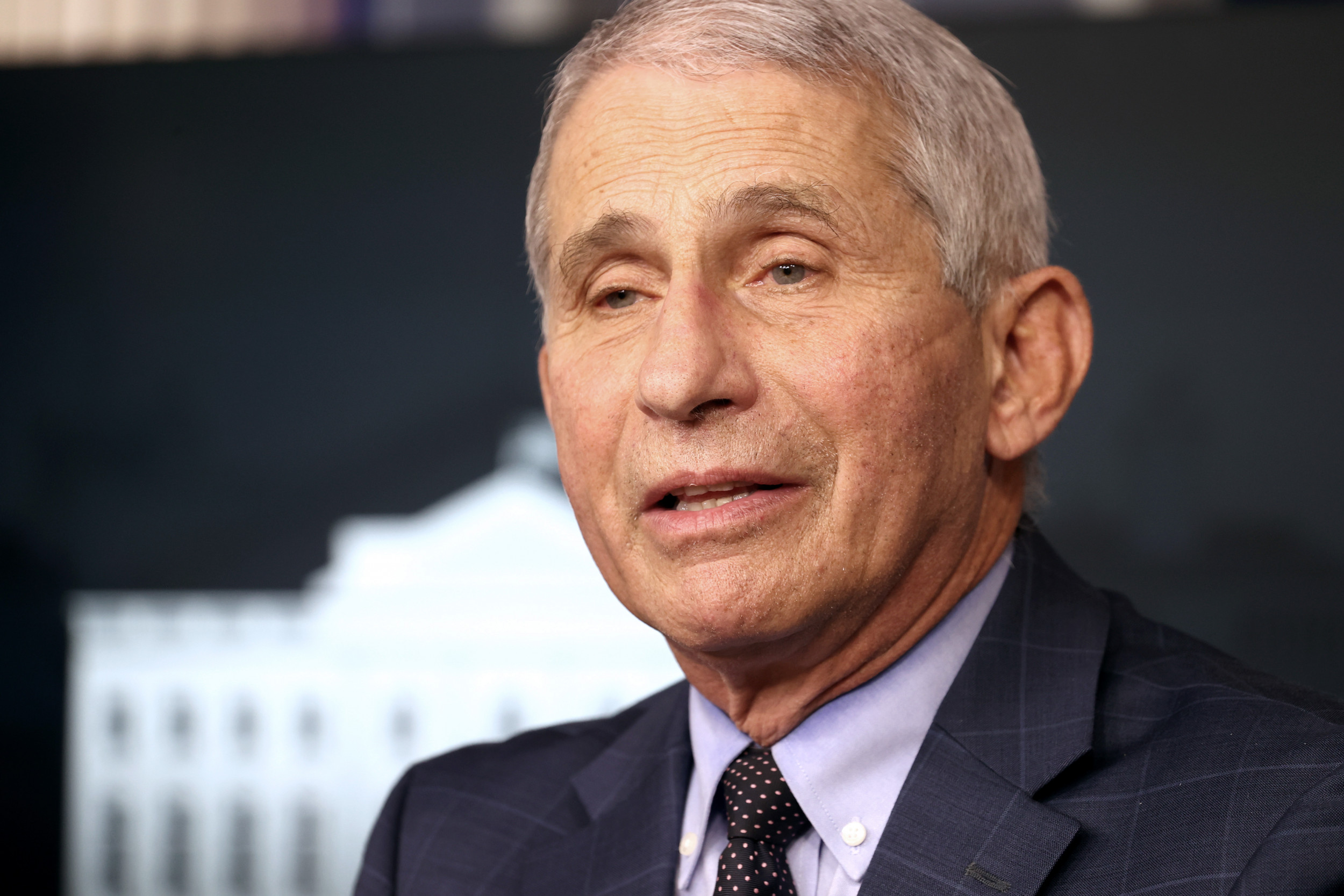 Dr. Anthony Fauci, the nation's top infectious disease expert, didn't see his daughters at Thanksgiving and said he likely won't be celebrating in-person with them at Christmas, either.
Millions of Americans altered their Thanksgiving plans because of the new coronavirus pandemic and Dr. Anthony Fauci, director of the National Institute of Allergy and Infectious Diseases, foresees the same being true for Christmas and the New Year.

America still leads in cases of COVID-19 and officials across the country urged people to refrain from gathering for Thanksgiving in an effort to combat further spikes. While vaccines are on the horizon it's likely to be months before they're widely distributed, and Fauci warned that without a significant drop in cases, Christmas and New Year's are likely to look similar to Thanksgiving.

"If the surge takes a turn of continuing to go up and you have the sustained greater than 100,000 infections a day and 1,300 deaths per day and the count keeps going up and up ... I don't see it being any different during the Christmas and New Year's holidays than during Thanksgiving," Fauci told USA Today.

However, the pandemic likely had millions of others changing their plans, as air travel was significantly down from the same time last year. From Monday through Wednesday, 2,900,411 people passed through TSA checkpoints, compared to 7,313,608 that traveled in the three days leading up to Thanksgiving in 2019.

The Wednesday before Thanksgiving is known to be among the busiest travel days of the entire year and as far as plane travel in the COVID-era is concerned, it held up to its claim to fame. With more than 1,070,967 people traveling by plane, it was the highest number to pass through TSA checkpoints since March 16. Although a record high for air travel during the pandemic, it was a decrease of about 60 percent from the same day last year, according to TSA data.

Fauci was among those who changed his Thanksgiving plans to help slow the spread of the virus, opting for a dinner with his wife and a zoom call with his three daughters instead of an in-person celebration. He told USA Today part of the problem with holiday celebrations is that they're often held indoors with people singing, laughing, eating and drinking. So, this year, he'll likely cancel his usual Christmas plans, as well.