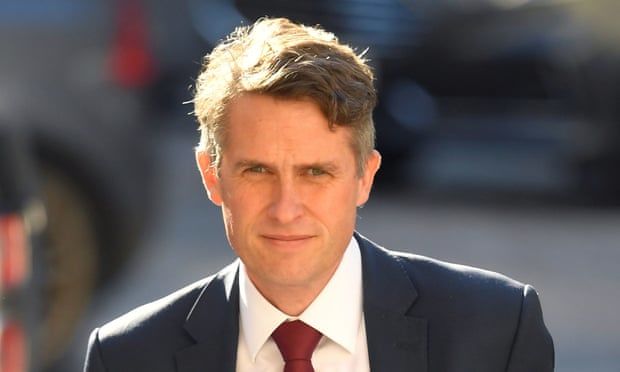 Former minister will spend 80 hours a year chairing advisory board of RTC Education
Gavin Williamson has taken a £50,000-a-year second job as an adviser to a firm that runs private schools, university courses and education investments – less than a year after leaving the role of education secretary.

The former chief whip has taken a job as chair of the advisory board of RTC Education Ltd, which has given more than £165,000 to the Conservatives.

According to Companies House, RTC’s chair is Maurizio Bragagni, a major Tory donor in his own right, who has hit the headlines in recent weeks over comments about sharia law that the party distanced itself from.

In March No 10 backed away from imposing curbs on MPs’ roles with private firms, amid controversy about whether such roles could create a conflict of interest and wider concerns about the revolving door between the government and industry.

Williamson’s role is providing general strategic advice to the company on its international expansion, as well as chairing advisory board meetings. It will take an estimated 80 hours a year – working out at a rate of about £625 an hour.

The move has been approved by the Advisory Committee on Business Appointments (Acoba), the watchdog on post-ministerial jobs that even its own chair, Eric Pickles, admits is toothless because it has no enforcement powers.

Acoba suggested that Williamson may have been party to sensitive information while secretary of state that could be relevant to RTC Education but concluded “this risk is limited given eight months have passed since you left office and the DfE considered the information you had access to would no longer be sufficiently up to date to be of use to the organisation”.

However, it imposed four conditions on Williamson as he takes up the appointment, including a ban on him lobbying the government on RTC Education’s behalf, or making use of any of his contacts to aid the company for two years from the date he was sacked.

Williamson and RTC Education have been approached for comment.

Other former cabinet ministers to have gone on to lucrative jobs in the sectors they formerly governed include the former transport secretaries Patrick McLoughlin, who took a role with Airlines UK, an industry lobbying body, and XRail, a railway services company, and Chris Grayling, who took a £100,000-a-year job as a strategic adviser to a ports company.

Nicky Morgan, a former culture secretary, Treasury minister and now a peer, took on roles on the board of Santander bank, as a consultant to the corporate law firm Travers Smith, and as a senior adviser to the lobbying and PR firm Grayling, as well as becoming the independent chair of the Association of British Insurers.

Several former ministers have taken up roles advising foreign governments or their state organs, including the former Foreign Office minister Mark Field, who was approved for a job advising the Cayman Islands, and Philip Hammond, the former chancellor and now a peer, who took roles advising Kuwaiti and Bahraini financial authorities.

Analysis by the Guardian in November found half of all ministers who had left office in the Boris Johnson or Theresa May governments had later taken up posts with companies relevant to their former government jobs.
#Boris Johnson  #Johnson
Add Comment