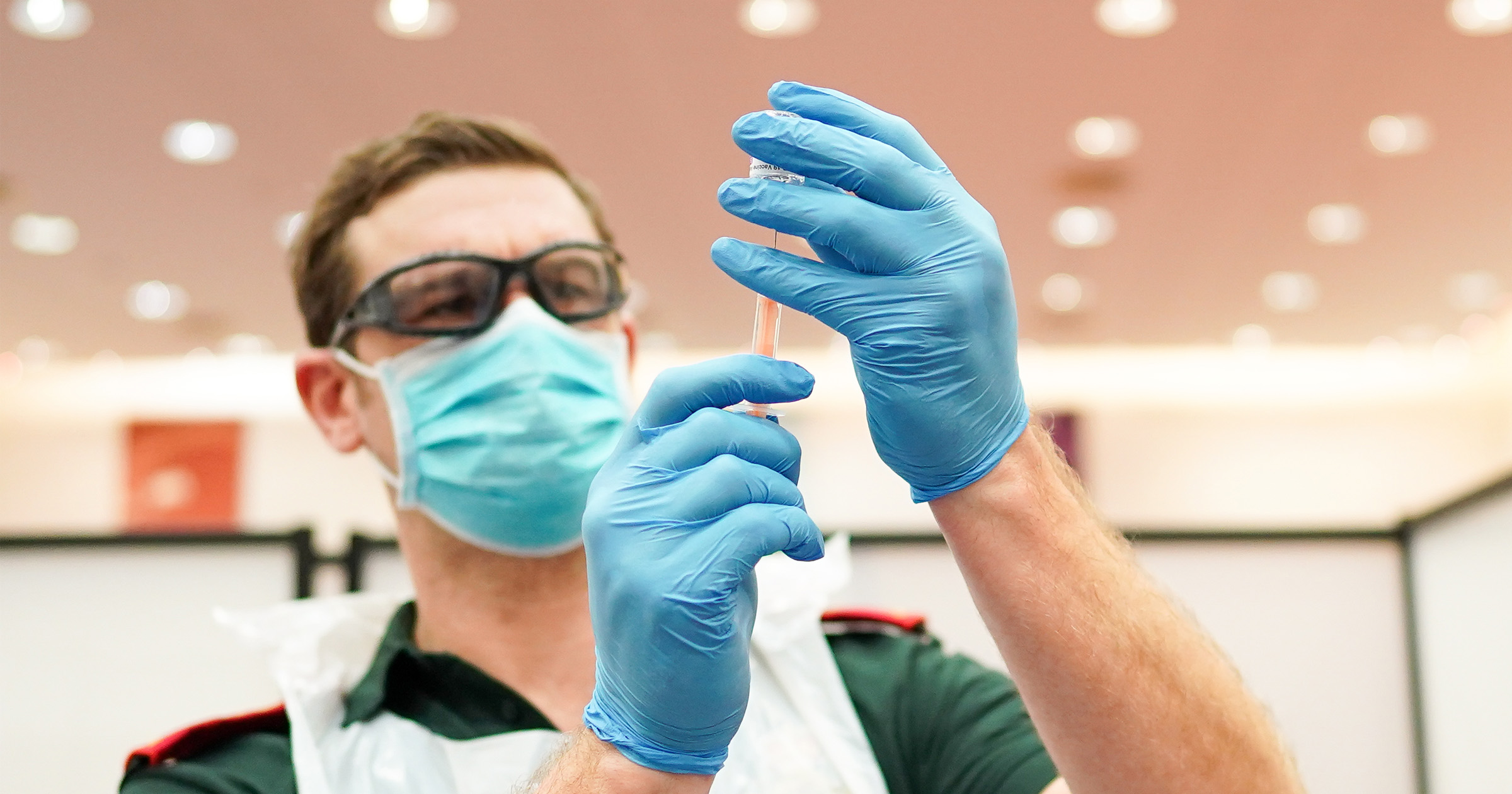 The Government plans to offer a first dose of a coronavirus vaccine to every adult in the UK by September, Dominic Raab said on Sunday.
The Foreign Secretary added it would be "great" if the rollout could be faster but that the Government was working to the early autumn target.

It comes amid reports senior Government figures believe every adult in Britain could be vaccinated by the end of June as they grow increasingly optimistic they will be able to accelerate the roll-out.Whitehall sources believe this target could realistically be achieved as they plan to vaccinate four to five million people a week within months.

In an interview on Sky's Sophy Ridge on Sunday, Mr Raab said: "Our target is by September to have offered all the adult population a first dose. If we can do it faster than that, great, but that's the roadmap."

He said that he hoped by the "early spring" some restrictions can be lifted "gradually" so the country can "get back to normal".

Mr Raab warned, however, that it could be put "at risk" by the new variants and pressure on the NHS as he urged people to follow the rules.

More than 3.5 million people in the UK have now received their first dose of a vaccine and some 324,000 doses of coronavirus vaccines were administered in the space of 24 hours.

The Foreign Secretary also said people should not go on holiday as he stressed the NHS is "on the cusp".

"We've just got to stay at home as much as possible unless there are really strong, limited exceptional reasons for travelling domestically or internationally, and that's the way we get through to a better place."

When pressed on whether there would be enough vaccine supply for someone to get their second dose within 12 weeks, he said "we ought to" be able to deliver.

His comments came as another 1,295 deaths in the UK were reported on Saturday, the third-highest daily total since the pandemic began, but the lowest number of lab-confirmed cases this year was reported - 41,346.

The figures will be seen as a sign that infections may be levelling off or falling as a result of the lockdown measures, though scientists believe the peak in deaths will come later.
#vaccine  #Coronavirus  #Vaccines
Add Comment