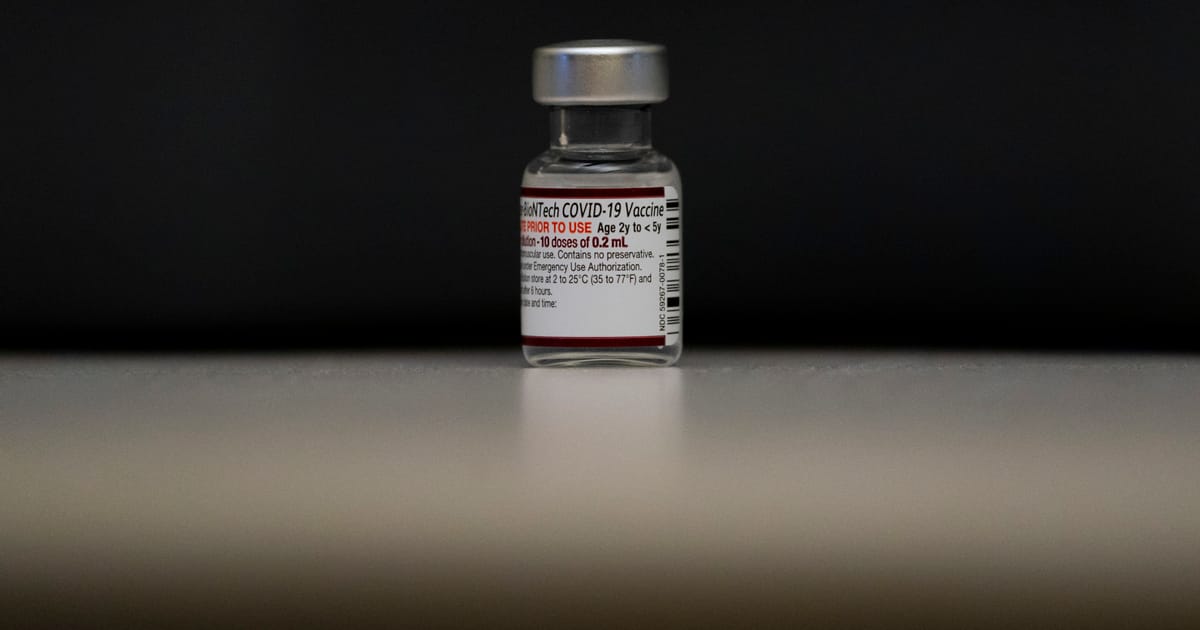 The EPPO didn’t specify who was being investigated, or which of the EU’s vaccine contracts are under scrutiny.
The European Public Prosecutor’s Office has opened an investigation into the EU's coronavirus vaccine purchases, an announcement that will refocus attention on European Commission President Ursula von der Leyen's role in the matter.

The EPPO is an independent EU body responsible for investigating and prosecuting financial crimes, including fraud, money laundering and corruption. In its announcement on Friday, the EPPO didn't specify who was being investigated, or which of the EU's vaccine contracts were under scrutiny.

However, two other watchdog agencies have previously drawn attention to one particular deal involving high-level contacts between Pfizer's leadership and von der Leyen.

"This exceptional confirmation comes after the extremely high public interest. No further details will be made public at this stage," said the EPPO in its short announcement.

In April 2021, the New York Times first reported on text messages exchanged between von der Leyen and Pfizer CEO Albert Bourla in the run-up to the EU's biggest vaccine procurement contract — for up to 1.8 billion doses of BioNTech/Pfizer vaccine. The deal would be worth up to €35 billion if fully exercised, according to leaked vaccine prices.

In January this year, the EU's ombudsman charged the Commission with maladministration for failing to look for the text messages in response to a freedom of information request. Without confirming the existence of the texts, the Commission argued in its response that "short-lived, ephemeral documents are not kept." It said that a search for the text messages hadn't yielded any results.

Then, last month, the European Court of Auditors published a report where it said the Commission refused to disclose any details of von der Leyen's personal role in the talks concerning the Pfizer contract.

The budget watchdog found that the EU chief deviated from the playbook established in previous vaccine negotiations to personally hash out a preliminary deal with the U.S. multinational, instead of relying on joint negotiating teams. Unlike with any of the other contracts, the Commission refused to provide the court with any documents regarding the preliminary negotiations for that specific deal.

In response to the announcement, Belgian Socialist MEP Kathleen van Brempt said that "several aspects" of the Pfizer contract need to be looked into, including "the text messages between the Commission President and the fact that there is no paper trail of the preliminary negotiations in first instance."

The MEP chairs the European Parliament's special committee on COVID-19. Both the EU's ombudsman and a member of the European Court of Auditors have appeared before the panel, where they answered questions on the topic of the text messages.

"The [COVID-19] committee will be following this case with great attention," said van Brempt.