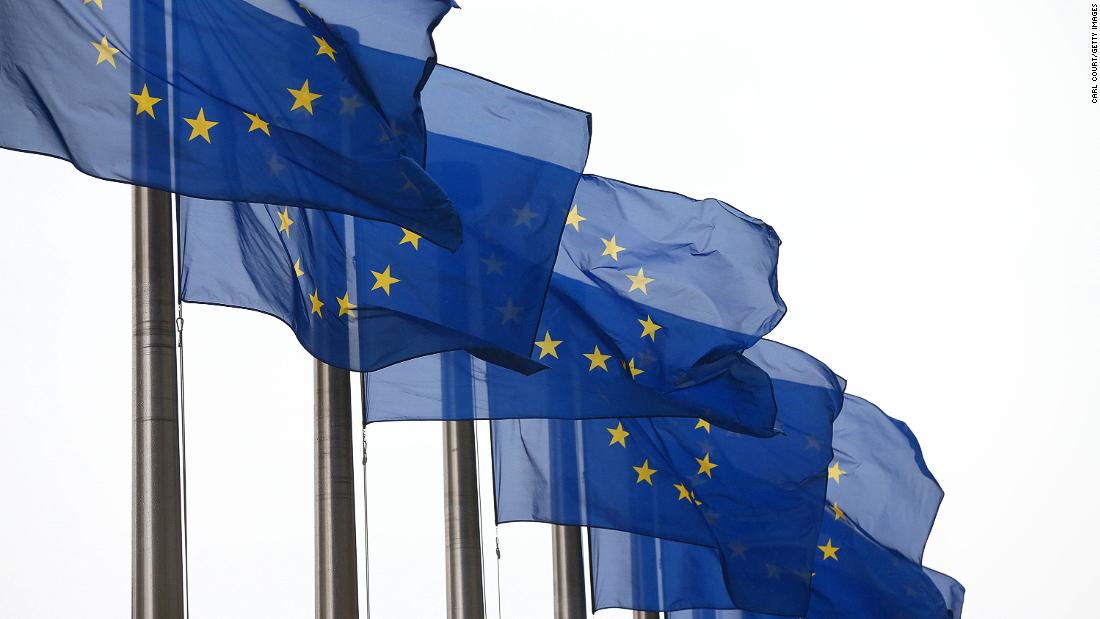 EU leaders lambast Poland over its challenge to union

The European Union is facing mounting pressure from its own lawmakers to withhold funds to Poland as an ongoing spat between Warsaw and Brussels intensifies.

The European Parliament voted overwhelmingly on Thursday to condemn a ruling by Poland's Constitutional Tribunal that says its constitution takes precedence over some EU laws.

Poland's ruling has alarmed many European lawmakers, who say that it undermines the union's legal foundation. The move raises fears that Poland could eventually leave the bloc.

On Tuesday, lawyers for the European Parliament were asked to prepare a lawsuit against the European Commission -- the bloc's executive arm -- over its "failure" to punish member states who "violate the Rule of Law."

David Sassoli, President of the European Parliament, said on Wednesday that the Commission had been "reluctant" to enact a mechanism approved last year that would enable EU budget funds to be withheld from countries that breach the rule of law. The time has come to take action, he said.

"The European Union is a community built on the principles of democracy and the rule of law," Sassoli said, adding: "If these are under threat in a Member State, the EU must act to protect them" he said, adding: "I have therefore asked our legal services to prepare a lawsuit against the Commission to ensure that EU rules are properly enforced."

Poland's premier said he would not bow to "blackmail" as he joined a summit of the bloc's 27 nations on Thursday, according to Reuters.

Polish Prime Minister Mateusz Morawiecki said he was ready to resolve disputes with Brussels, though many are worried that a stubborn ideological rift between eastern and western Europe poses an existential threat to the EU itself.

"A few days ago, the legal bedrock of our Union was challenged," Sassoli said in a letter as the leaders gathered in Brussels for their summit.

"This was not for the first time, of course, nor will it be the last. But never before has the Union been called into question so radically," he said.

Long-running tensions between Poland's ruling nationalists and the bloc's liberal majority have spiked since Poland's Constitutional Tribunal ruled this month that elements of EU law were incompatible with the country's charter, challenging a central tenet of EU integration.

The dispute not only risks precipitating a new fundamental crisis for the bloc, which is still grappling with the aftermath of Brexit. It could deprive Poland of generous EU handouts.

"Some European institutions assume the right to decide on matters that have not been assigned to them," Morawiecki said as he went into the talks.

"We will not act under the pressure of blackmail ... but we will of course talk about how to resolve the current disputes in dialog."

His wealthier Western counterparts are particularly keen to prevent their governments' cash contributions to the EU benefiting socially conservative politicians who they see as undercutting human rights fixed in European laws.

"If you want to have the advantages of being in a club ... then you need to respect the rules," Belgian Prime Minister Alexander de Croo said. "You can't be a member of a club and say 'The rules don't apply to me'."

Leaders of countries from Ireland to France urged Warsaw to come back in line. Dutch Prime Minister Mark Rutte, referring to Poland's judicial overhaul that puts its courts under more government control, said it was difficult to see how new EU funding could be channeled to the eastern European country, adding: "We have to be tough."

Morawiecki's Law and Justice (PiS) party has raised the stakes in years of increasingly bitter feuds with the EU over a range of democratic principles, from the freedom of courts and media to the rights of women, migrants and LGBT people.

The Commission has for now barred Warsaw from tapping into 57 billion euros ($66 billion) of emergency funds to help its economy recover from the COVID-19 pandemic.

For the bloc, the latest twist in feuds with the eurosceptic PiS also comes at a sensitive time. The EU last year made a leap towards closer integration by agreeing on joint borrowing to raise 750 billion euros for post-pandemic economic recovery, overcoming stiff resistance from wealthy northern states.

Morawiecki has dismissed the idea of "Polexit" -- leaving the bloc -- and popular support for membership remains very high in Poland, which has benefited enormously from EU funding since it joined in 2004.

But Warsaw, backed by Hungarian Prime Minister Viktor Orban, wants to return powers to national capitals and has lashed out at what it says are excessive powers of the European Commission.

"Poland is one of the best European countries. There is no need for any sanctions, it's ridiculous," Orban said.

While many have grown increasingly frustrated at failed attempts to convince Warsaw to change tack, German Chancellor Angela Merkel warned against isolating Poland.

"We have to find ways of coming back together," she said, adding that bringing multiple cases against Poland to the Court of Justice of the European Union was no solution.

Her sway, however, is weakened as the veteran of more than 100 summits during her 16 years in power visits Brussels for what may be her last gathering of EU leaders before she hands over to a new German chancellor.