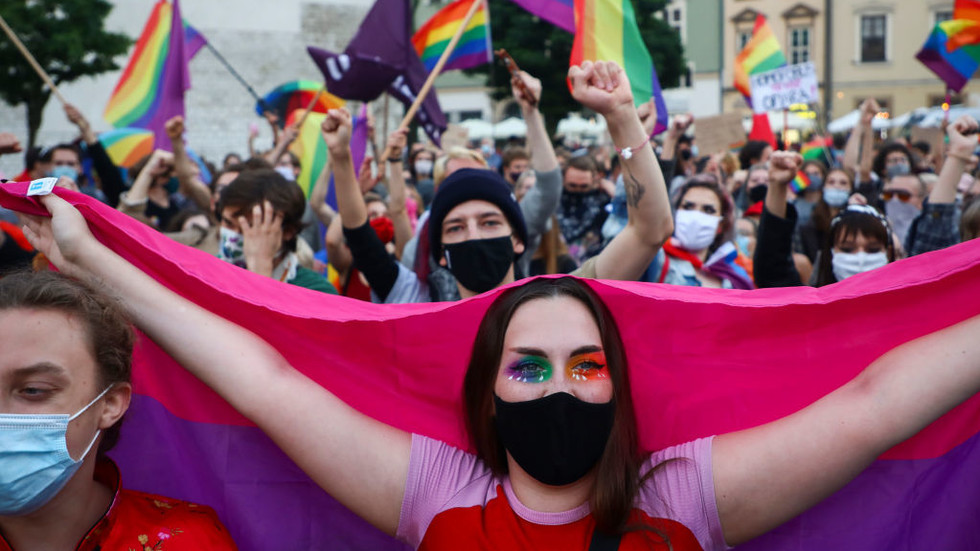 The European Court of Justice (CJEU) has ruled that member states must recognize LGBT+ parents and their children as one family, after Bulgarian authorities refused to give a birth certificate to the daughter of a same-sex couple.
The landmark decision, made on Tuesday, saw the European court declare that member states must all guarantee the same right, regardless of domestic policies, to guarantee the child’s freedom of movement across the bloc.

Bulgarian Kalina Ivanova and British Gibraltar-born Jane Jones launched the case after Bulgarian authorities wouldn’t grant a birth certificate to their daughter, who was born in Spain in 2019, as officials stated that a child cannot legally have two mothers.

Currently, same-sex marriages and partnerships are not recognized in Bulgaria, which further prevented Ivanova from getting Bulgarian citizenship for her daughter.

As neither of the mothers are Spanish, they couldn’t receive citizenship there and, under the British Nationality Act of 1981, UK citizenship can’t be transferred to a child born in Gibraltar. Concerned that their child could be left stateless, with no passport, citizenship, or other documentation, the parents filed a case with the CJEU to address the situation.

Upholding the rights of the LGBT+ couple and their family situation, the CJEU declared that depriving the child of her “right of free movement” because “her parents are of the same-sex” violates her “fundamental rights” guaranteed under EU legislation.

While accepting that nations can independently decide on “whether or not to allow marriage and parenthood” for same-sex couples, the court stated that this cannot result in a contravention of the rights the “child derives from EU law.”

Under the ruling, the CJEU ordered Bulgaria to issue the child a passport. The case cannot be appealed.

Welcoming the decision, lawyers representing the parents called it a “huge step for all LGBTQ families in Bulgaria and Europe.” The duo promised that they would launch further action to secure legal recognition in Bulgaria as the legal parents of the child.

"The judgment has brought long-awaited clarification that parenthood established in one EU Member State cannot be discarded by another, under the pretence of protecting the 'national identity’,” Arpi Avetisyan, head of litigation at NGO ILGA-Europe, said in response to the ruling.
Add Comment