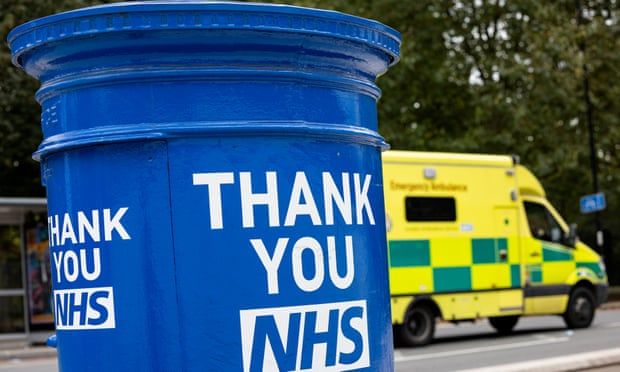 Hospitals in England are already at peak winter levels for bed occupancy, according to NHS bosses, who fear the health service will come under severe pressure in the months ahead.

The chief executive of NHS Providers, which represents England’s 240 NHS trusts, said the situation was unprecedented and “very worrying” as exhausted hospital staff prepare for higher levels of Covid and other respiratory infections such as influenza while dealing with a backlog of care for patients. 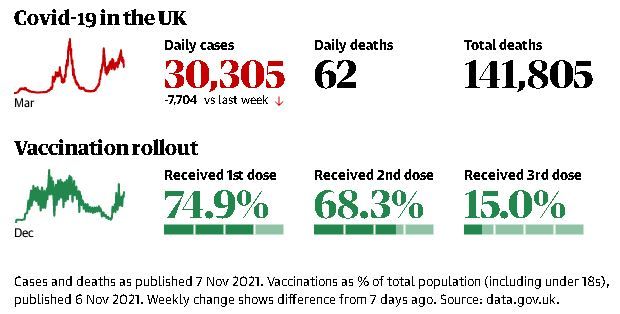 “What’s very, very striking in talking to our trust chief executives is how worried some of the very long-term leaders, who’ve been around a long time, are at this point. What they are saying to us is they’ve never been so worried,” Chris Hopson told Times Radio on Sunday.

“The accident and emergency pathway is very, very busy. So at a point when our staff are really exhausted, it is very worrying. The bit that’s particularly worrying is … if you look at acute hospitals, where effectively you look at bed occupancy, which is a very good measure of how busy a hospital is, we’re seeing bed occupancy levels, it’s sort of 94, 95, 96% at this point, before we’re into peak winter. We’ve not seen that before. That’s unprecedented. So, there’s a real sense that the NHS is going to be under real pressure.”

The NHS faces a surge in admissions every winter as the colder weather drives up respiratory infections, exacerbates heart problems and in severe conditions causes a steep rise in accidents. But pressure on the health service tends to rise through December and reach a peak early the following year.

While coronavirus cases are falling in the UK, it is unclear whether the epidemic has peaked for the year or whether infections will surge again now that schools have returned after half-term and people start to mix more indoors. Covid rates may have peaked in secondary school children but have been rising in older, more vulnerable age groups, driving an increase in deaths through October.

Beyond concerns about bed capacity, Hopson said he was “very worried” about the move to make Covid jabs compulsory for NHS staff from April. He said there was an obvious risk of infected staff passing the virus on to colleagues, patients and visitors and recognised the logic behind mandatory Covid shots, but said there were risks with the approach.

“The bit that’s absolutely vital, and we have seen this in social care, is that if we get this wrong then what will happen is we risk a significant loss of a significant number of staff, just at the point when we cannot afford to lose those staff,” he said.

Matt Hancock, however, has called on ministers to bring in legislation requiring all NHS workers to receive a coronavirus vaccination before winter.

Writing in the Daily Telegraph, the former health secretary said: “Having looked at all the evidence, I am convinced we must require vaccination for everyone who works not just in social care, but the NHS – and get it in place as fast as possible.”

Speaking on BBC One’s Andrew Marr Show, the UK Health Security Agency’s Dr Susan Hopkins said that while new cases peaked on 18 October, infections could remain at a “very, very high level”, meaning there would be more deaths that could have been prevented with vaccination.

“The people who are dying are the same people who have died all the way through,” she said. “It is particularly the older age groups, so the over-70s in particular, but also those who are clinically vulnerable, extremely vulnerable, and have underlying medical conditions.

“As we’ve mentioned, the immune effects wane and what we see is, especially in the older or the vulnerable groups, those are the people whose immunity will wane the most. So, if you’re a healthy 30-year-old, then two doses will protect you for a longer period. That’s why those people need to come forward for their third dose as soon as possible.”