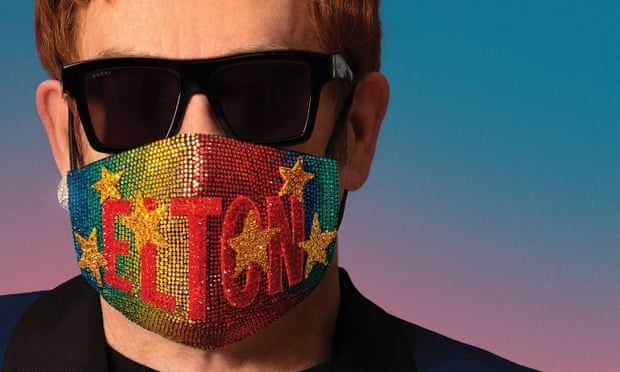 Dua Lipa, Stevie Wonder, Nicki Minaj and Stevie Nicks are on eclectic guestlist for The Lockdown Sessions, with Elton describing himself as ‘a session musician’

Elton John has announced the imminent release of a new album he made during the coronavirus lockdowns, with an array of A-list guests who contributed remotely or while maintaining social distancing.

John explained the project in a statement:

"Some of the recording sessions had to be done remotely, via Zoom, which I’d obviously never done before. Some of the sessions were recorded under very stringent safety regulations: working with another artist, but separated by glass screens. But all the tracks I worked on were really interesting and diverse, stuff that was completely different to anything I’m known for, stuff that took me out of my comfort zone into completely new territory. And I realised there was something weirdly familiar about working like this. At the start of my career, in the late 60s, I worked as a session musician. Working with different artists during lockdown reminded me of that. I’d come full circle: I was a session musician again. And it was still a blast.

Also featured on the album is a version of the Pet Shop Boys hit It’s a Sin made with Years & Years, with whom John performed the song at the 2021 Brit awards, and a cover of Metallica’s Nothing Else Matters with vocals by Miley Cyrus and contributions from Yo-Yo Ma and others, which will also be released as part of a Metallica covers album this month.

The Lockdown Sessions also enables John to champion a number of up-and-coming singers, including SG Lewis, Rina Sawayama and Jimmie Allen. Ten of the 16 tracks are new original songs.

John is preparing to restart his final world tour, Farewell Yellow Brick Road, on 28 September in Copenhagen. It began in 2018, but was forced into a hiatus by the Covid pandemic. In June, he added 31 extra dates at stadiums across the US, UK and Europe in 2022, while rescheduled concerts will take the tour to May 2023.