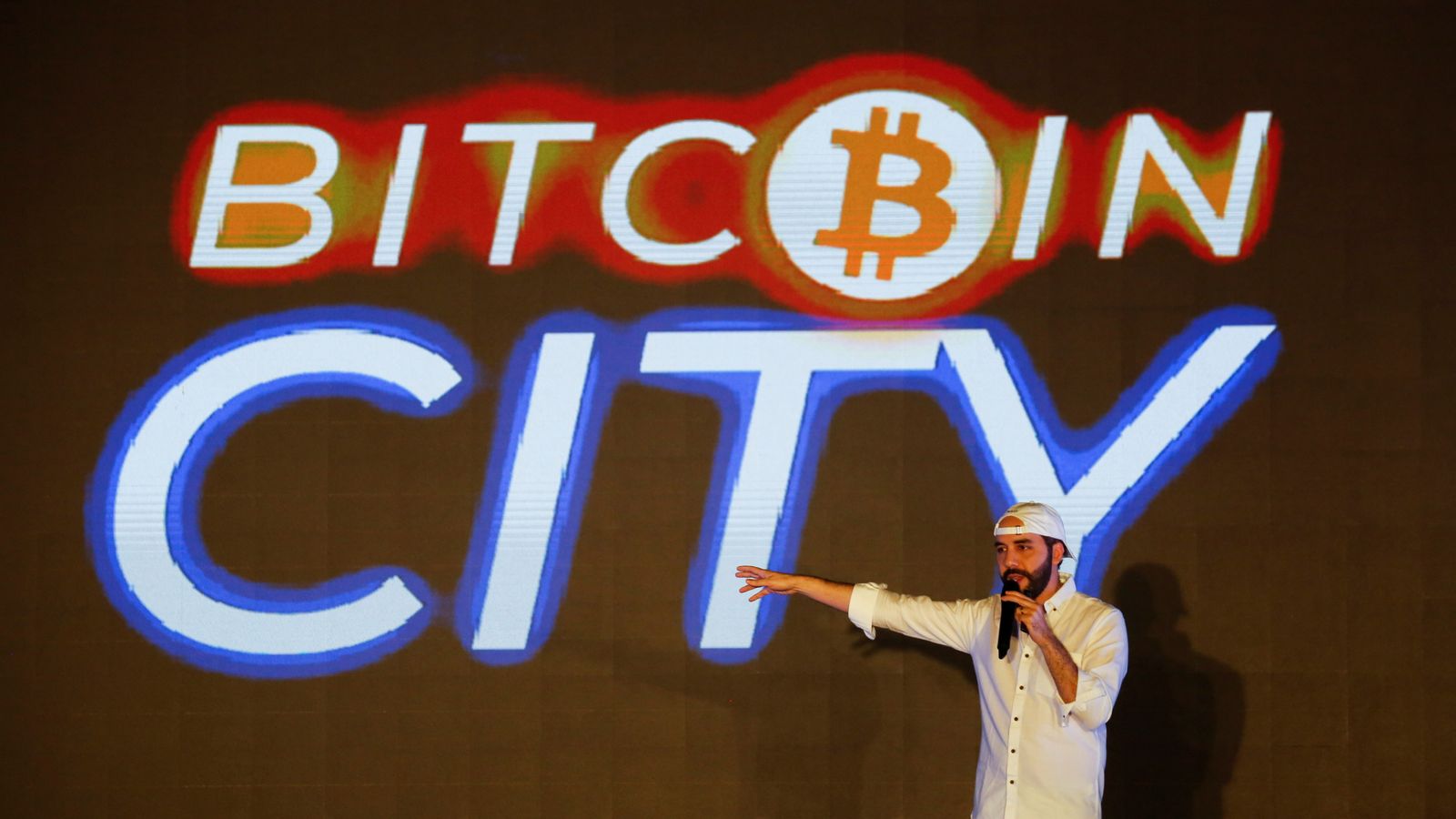 The city would be built around the Conchagua stratovolcano according to President Nayib Bukele.

El Salvador's president said he aims to build a "Bitcoin City" at the base of a volcano in the country, where geothermal energy could be used to power the computers.

The city would be built around the Conchagua stratovolcano according to President Nayib Bukele, who recently made the country the first in the world to make Bitcoin legal tender.

President Bukele made the announcement following an event promoting Bitcoin in the country, and said it would be financed by government bonds that would be issued next year.

He said construction would begin within two months of the bonds being issued. 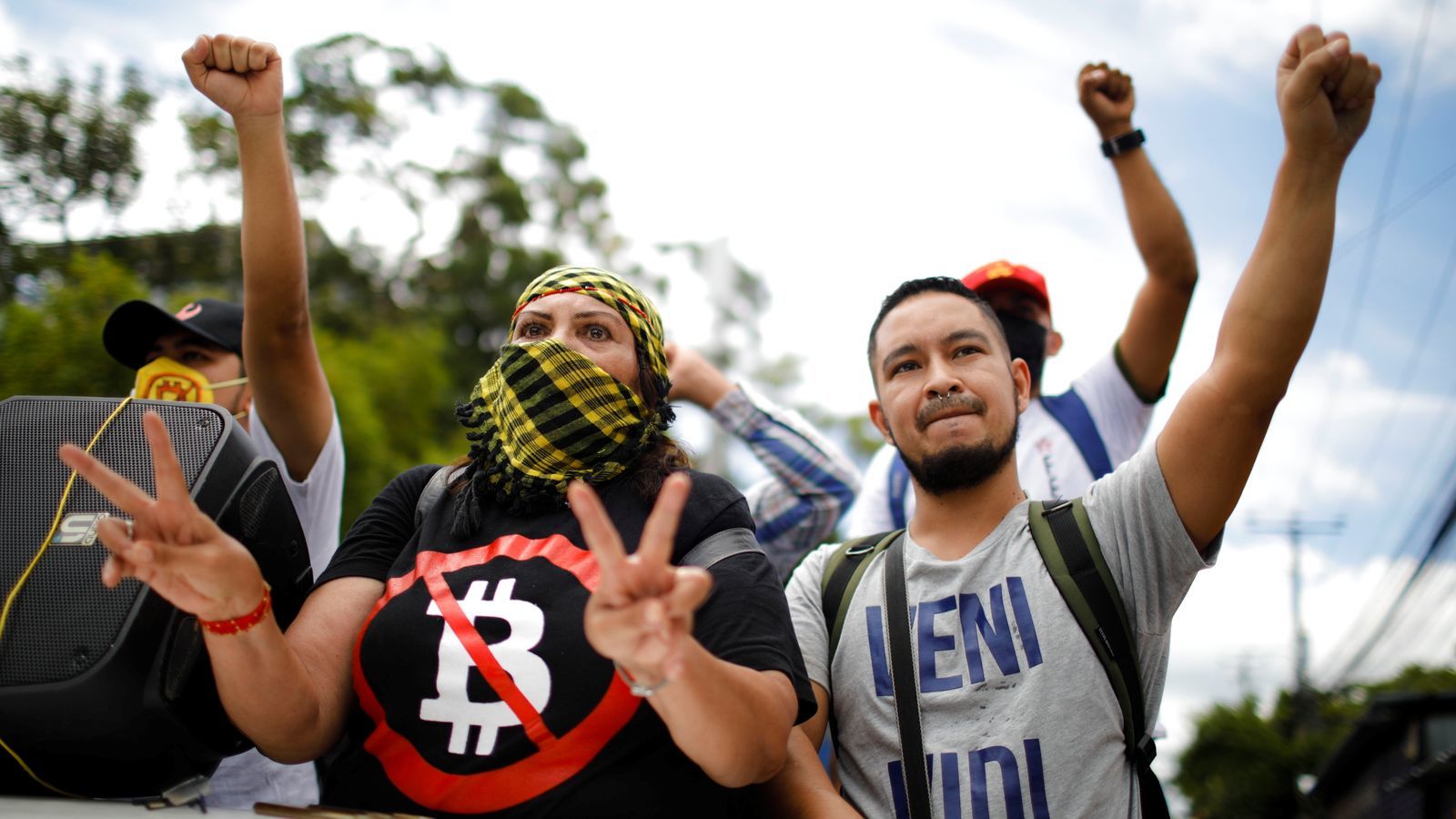 El Salvador became the first country in the world make Bitcoin legal tender this September, although the initial launch was marred by the government's digital Chivo Wallet system crashing.

The digital app came pre-loaded with $30 (£22) for every Salvadoran citizen who downloaded it, even if they weren't based in the country.

Some citizens had protested against the move, complaining that there had been too little explanation from officials about what benefit Bitcoin will bring and how transactions using the cryptocurrency will work.

El Salvador's own currency, the Salvadoran colon, was replaced by the US dollar in 2001.

The country depends heavily on money which citizens based abroad, often in the US, send home and these remittances to El Salvador were worth almost $6bn in 2019, amounting to 16% of El Salvador's gross domestic product.

The country moved to using the US dollar as legal tender as a result of these remittances, and the move to Bitcoin is based on an expectation that more Salvadorans will begin sending money home using the cryptocurrency.

In the two months following the launch of the Chivo Wallet in September, Salvadorans sent roughly $32m home in remittances, representing about 2.5% of all the money sent home. 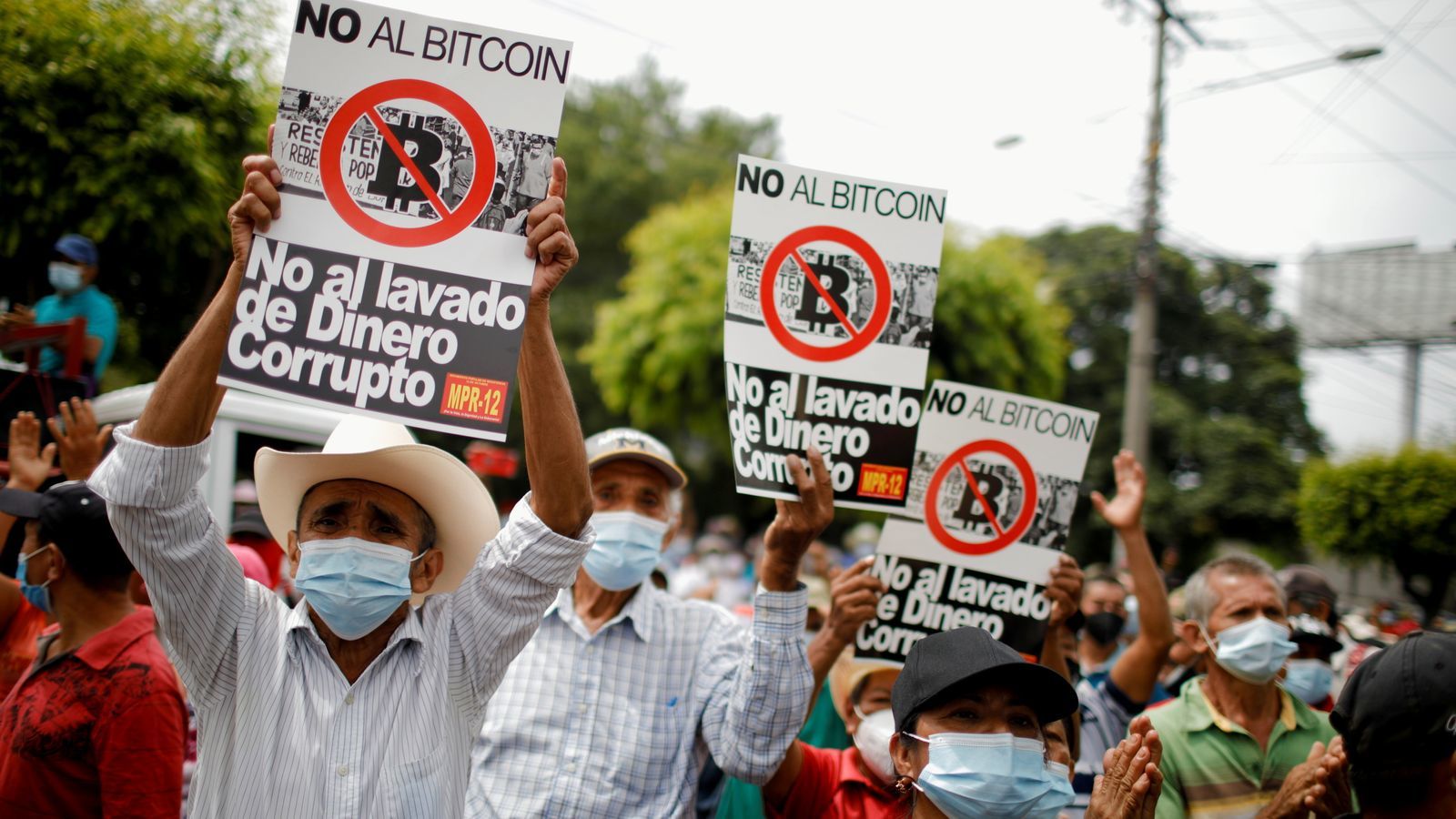 Protestors in the country, including war veterans, have complained about the cryptocurrency

President Bukele - who is 40, and wore a baseball cap with the bill pointed backwards while speaking to the crowd - is extremely popular in the country, and has received approval ratings of above 80%.

He said the Bitcoin City would operate without any taxes on property, income or capital gains, but instead would be funded by a VAT sales tax and the government issuing $1bn in sovereign bonds backed by Bitcoin.

The president compared the project to how Alexander the Great founded cities with his name around the world, telling a crowd: "If you want Bitcoin to spread over the world, we should build some Alexandrias, right?"