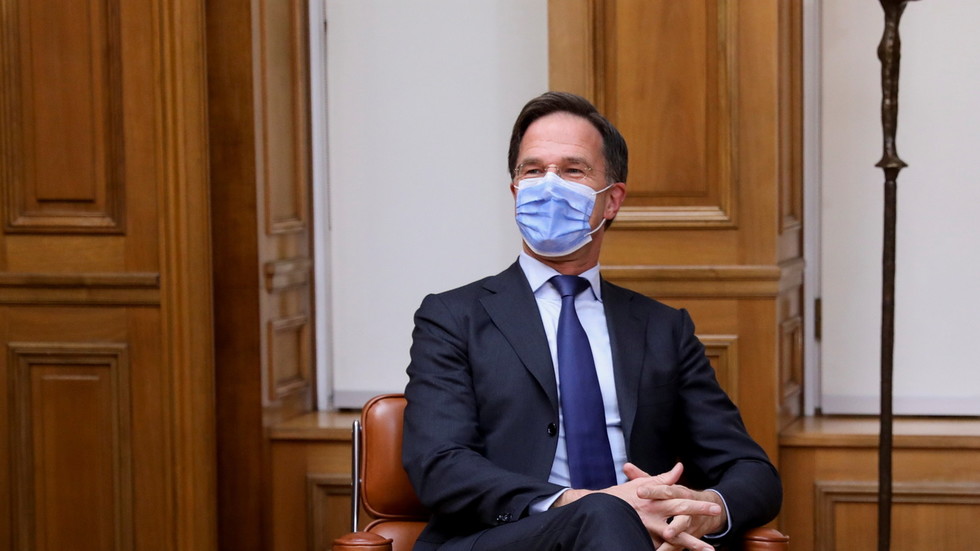 Caretaker Dutch Prime Minister Mark Rutte has announced a raft of new Covid-19 restrictions, including limiting home visits and banning spectators at sporting events, for the next three weeks to help curb the spread of the virus.
Beginning immediately, only four visitors over the age of 13 will be allowed inside a home at one time, while bars and restaurants and non-essential stores will begin closing earlier. Social-distancing orders are being reimposed as of Saturday.

Spectators at public happenings such as sporting events will also be banned for the coming weeks, though theaters and cinemas will remain open.

Rutte acknowledged in his announcement on Friday evening that it was a “very unpleasant message” with “far-reaching decisions.”

In anticipation of the reintroduction of restrictions, the Dutch soccer federation earlier criticized any such move as being down to “policy poverty” by the government, according to the Associated Press. Small-business owners have also been pushing back against the measures.

Rutte’s announcement follows a pandemic advisory panel this week recommending the reimposing of nationwide restrictions in response to the increase in coronavirus cases in the Netherlands. More than 80% of citizens over the age of 18 have received two vaccination doses, according to government data, as cases continue to rise. The majority of those who ended up in intensive-care units in October were either unvaccinated or only partially vaccinated.

On Thursday, 16,364 new Covid-19 cases were recorded in a 24-hour period by Dutch authorities, marking a new record for the country.
#Coronavirus  #COVID-19  #Covid
Add Comment