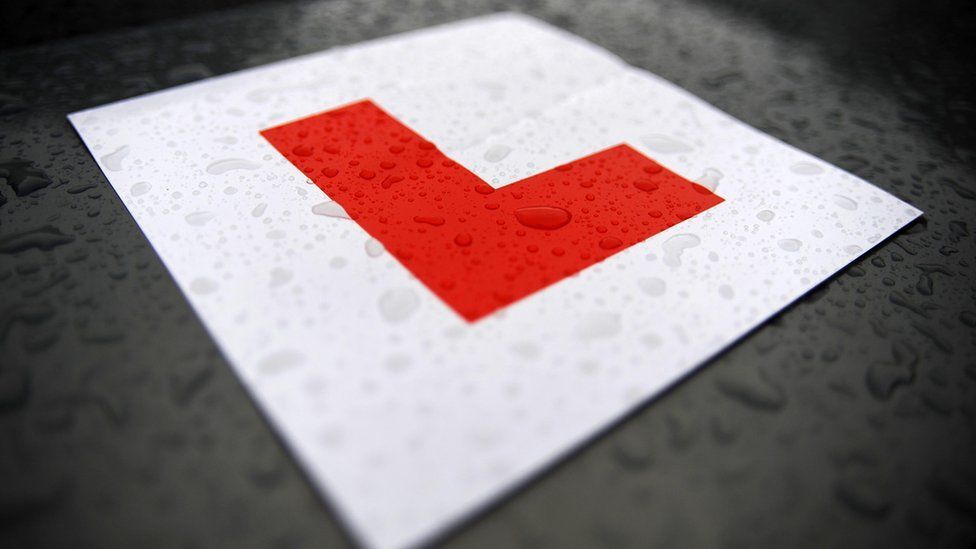 The Driving and Vehicles Standards Agency (DVSA) says it has started to take action against companies exploiting learner drivers.

A BBC investigation found that some learner drivers had paid over £200 for a practical driving test - more than double the standard fee.

The number of times a test can be changed has been reduced from 10 to the pre-pandemic limit of six.

Accounts not linked to instructors on the booking system are being removed.

The DVSA is the official body that carries out driving tests in Great Britain.

The demand for driving tests caused by a backlog due to the pandemic has seen many learners turn towards a secondary market.

Some are paying a nominal fee to companies which find them cancelled tests, while others are buying from sellers offering tests for vastly inflated prices.

One provider claimed to use "AI-powered software" to scoop up vacant test slots.

Driving instructors have access to a separate part of the DVSA's booking system, which allows them to book multiple tests for their students. But the BBC found that there was little verification to check who was signing up as it was all done online.

The investigation found that tests could be swapped, meaning that operators could keep a rotating stock of tests.

The system was relatively simple to manipulate for profit, with tests booked in advance and then sold on with the buyers' details added. The BBC saw evidence of one company which booked tests encouraging driving instructors who bought tests from them to profit from learners.

The DVSA has now stopped accepting new automatic online registrations to use the service. New applications must now be done by e-mail, where they will be thoroughly checked by the agency.

Loveday Ryder, the chief executive of the DVSA, said: "We've already put in place measures to monitor and prevent bots from accessing our systems while also strengthening our firewall to tackle the issue.

"We will continue to work tirelessly to crack down on companies that are exploiting learner drivers.

"We've closed the system to new registrations and will rapidly close down accounts that do not belong to driving instructors and driving schools.

"We'll also be taking further steps to make sure all future accounts are linked to driving instructors and those with training businesses."

The terms and conditions of the DVSA's service are being updated to make it clear that instructors are not allowed to use it to profit from managing test bookings.

It has also started removing any accounts not linked to driving instructors from the part of its site which allows multiple test bookings.