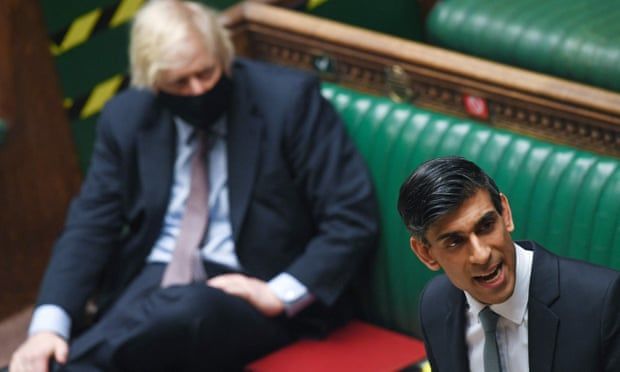 Downing Street hints pensions triple lock will be watered down

Boris Johnson’s spokesperson has said there are concerns about tying state pensions rise to earnings
Downing Street has given its strongest signal yet that the pensions triple lock will be watered down because of the recent surge in average earnings, which under current rules would deliver a rise of more than 8% for pensioners next year.

Boris Johnson’s spokesperson said on Wednesday there were concerns about linking the rise in state pensions to earnings.

“I think we recognise the legitimate concerns about potentially artificially inflated earnings impacting the uprating of pensions,” he said. “Any decision on future changes to the triple lock will be taken at the appropriate time based on the latest data, and of course we will continue to support older people, while ensuring future decisions are fair with pensioners and taxpayers. No decisions have been made.”

The triple lock, which remains a Conservative manifesto commitment, promises to pay either 2.5%, the rate of inflation, or the level of earnings recorded in the July employment figures – whichever is the highest. Any suspension would be a victory for the chancellor, Rishi Sunak, who has been lobbying No 10 for a temporary change to the rules.

Johnson is understood to have been reticent to temporarily abandon the pledge, given pensioners are a key Tory voter base, but the comments from the prime minister’s spokesperson indicate Sunak’s argument for fiscal discipline around pensions has found a hearing in Downing Street.

The chancellor has used an identical form of words in his public statements about the triple lock, saying any settlement must be fair to “taxpayers and pensioners”.

The Treasury has not budgeted for an increase of 8% in the state pension, and the chancellor is warning that other government spending priorities would suffer if he had to find an extra £4bn to uprate in line with earnings.

Sunak is weighing up two alternatives to the triple lock, both of which would leave pensioners with an increase of about 3% next year. One would would mean earnings being averaged over the past two years, with this year’s hefty rise balanced by zero earnings growth in 2020 when many workers were furloughed.

A second option is to revert temporarily to the previous system of a double lock in which this year’s state pension would increase by 2.5% or the September inflation rate, if that is higher.

The latest figures from the Office for National Statistics (ONS) showed the annual inflation rate falling from 2.5% to 2% in July, but economists believe the drop was a blip that is likely to be more than reversed over the coming months.

Removal of restrictions as the lockdown eased last summer meant there was an unusual monthly increase in prices of 0.4% last July but this was not repeated this year. With a more normal pattern of July discounting by clothing and footwear retailers, prices were flat last month.

The deputy national statistician for economic statistics at the ONS, Jonathan Athow, said: “Inflation fell back in July across a broad range of goods and services, including clothing, which decreased with summer sales returning after the pandemic hit the sector last year. This was offset by a sharp rise in the price of secondhand cars amid increased demand, following a shortage of new models.

“The differing patterns of movement restrictions across the last two years have affected headline inflation. Some of this month’s fall came from products and services, such as foreign travel, where real prices were used last year but have had to be imputed this year.”
#Boris Johnson  #Johnson
Add Comment