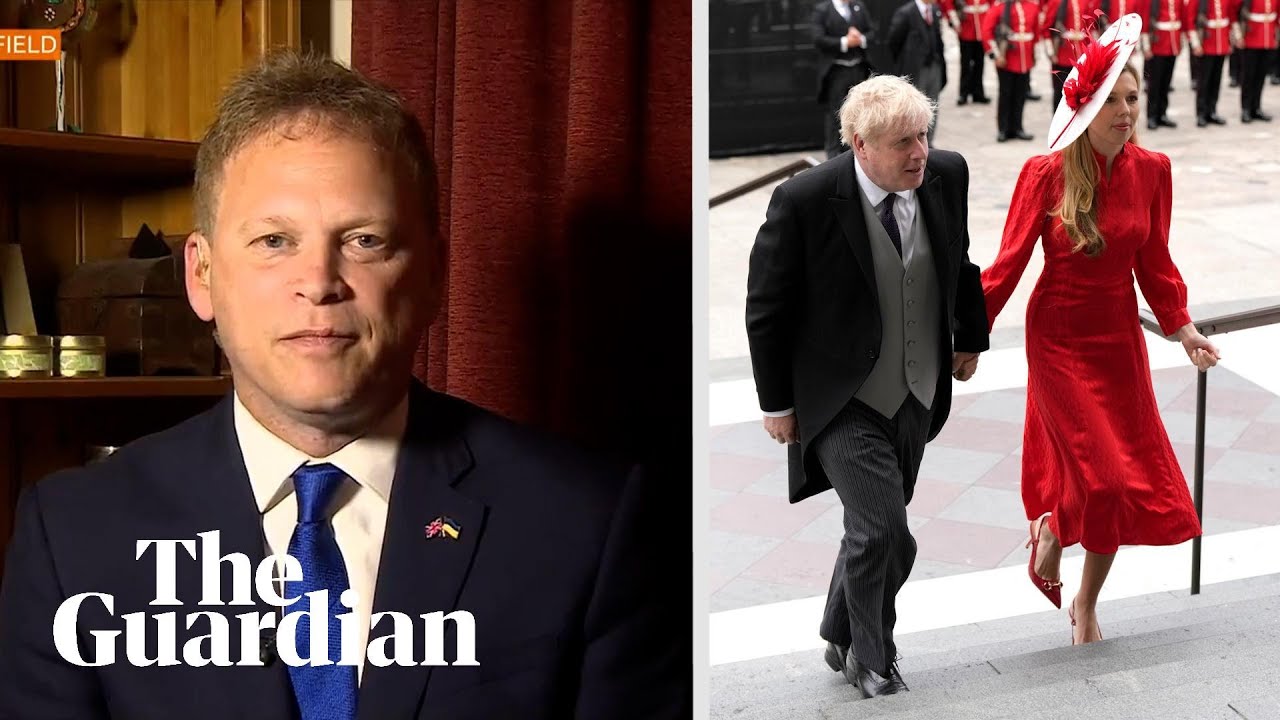 *** Minister says government shouldn’t be distracted by clips such as that of PM arriving at jubilee service, as whatever the public think its their problem, the power is with Johnson and he is not going to give it up regardless the public opinion, laws or moral duty.

The transport secretary, Grant Shapps, has said “politicians don’t expect to be popular all the time” and people are “over-interpreting” the boos directed at Boris Johnson when he attended a service for the Queen’s platinum jubilee.

Shapps, one of the prime minister’s closest cabinet allies, also argued that the government should focus on running the country rather than be distracted by short clips.

“There were also people cheering and you’re not asking me why they did that,” he told the BBC’s Sunday Morning programme.

“Politicians don’t expect to be popular all the time. Getting on with running the country is a job where you have to take difficult decisions a lot of the time. I wasn’t there, but I heard people booing, I heard people cheering.

“I think it’s best to get on with the job at hand – running the country – rather than being overly distracted by the clips that you just played.”

Shapps cited the boos aimed at the former chancellor George Osborne at the London 2012 Paralympics before the Conservatives went on to win the following general election. “It didn’t mean that the election wasn’t won in 2015. I think you’re rather over-interpreting, if you don’t mind me saying.”

Asked by the presenter Sophie Raworth why people had been booing, he said: “Politicians by their very nature … will of course divide opinion. That’s what politicians do. That’s because we argue about different sides of issues.”

Having a monarch, he added, meant “everyone can join together and support the Queen regardless of their politics. Frankly I think it demonstrates one of the beauties of our system.”

Johnson and his wife, Carrie, were met with a chorus of boos and whistles as they stepped out of their car when it pulled up at St Paul’s Cathedral in London on Friday for the jubilee thanksgiving service.

During an awkward 15-second walk up the stairs, when senior royals, dignitaries and politicians were marking the second day of celebrations to honour the Queen’s 70-year reign, Johnson appeared unfazed as he smiled and nodded.

Shapps said he did not believe Johnson would face a confidence vote this week, but that he did believe the prime minister would win one if it were to happen. Though polls show Labour leading the Conservatives before byelections this month – with one poll giving Labour a 20-point lead – he said it was best to allow the process to “play out”.

“I think actually the best thing to do with all elections is to allow the people to speak and do so at the ballot box. You often get polls which show a variety of different situations,” he said.

Shapps outlined government policies and actions, including its response to the pandemic, plans to address social care and tackling the cost of living, as examples of how it had “done good” for the country as a whole.

“I’m absolutely certain, with some of these huge decisions, sorting out Brexit, getting through coronavirus, seeing the largest growing economy last year, these are decisions and actions which will in the end matter to people,” he said.