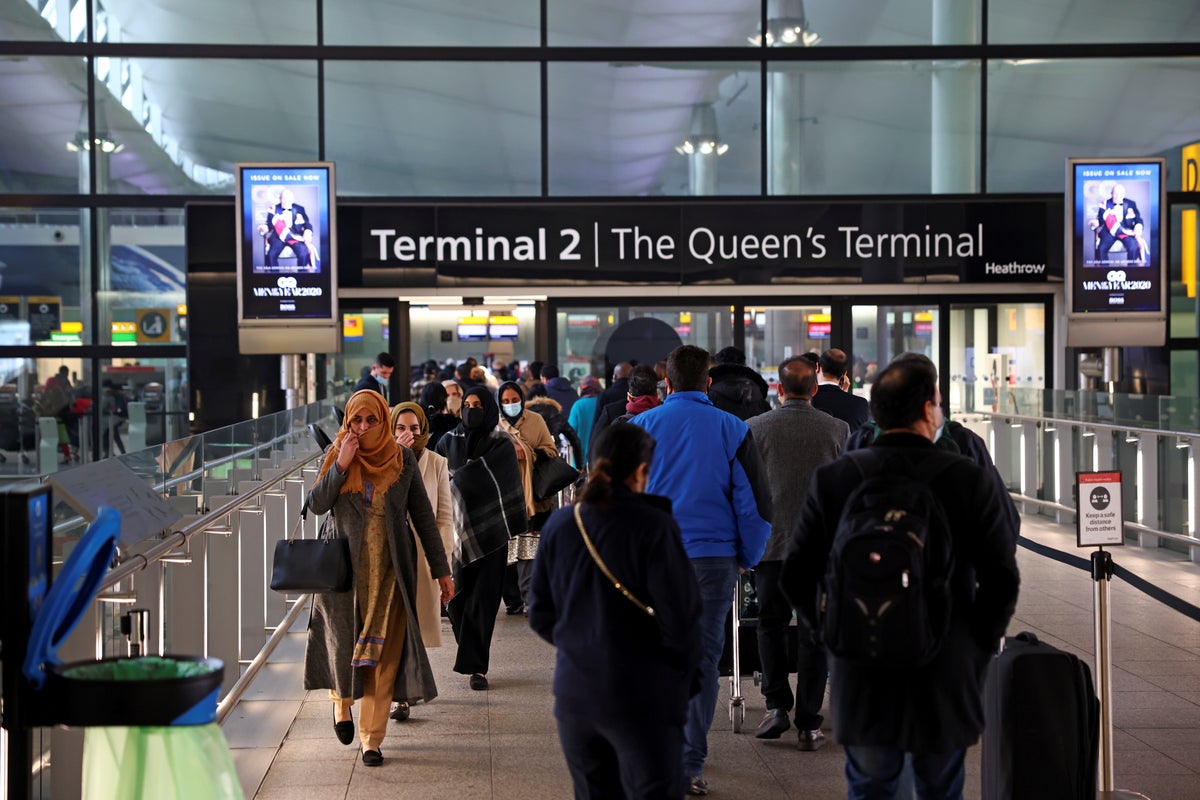 ‘It’s far too early for us to even speculate about the summer’
Millions of people in Britain were today advised by a Government minister not to book a summer holiday abroad at this stage as new border controls are set to be introduced.

Asked whether his advice to people considering booking a summer holiday now was not to do so right now, vaccines minister Nadhim Zahawi responded: “Absolutely.

“At the moment, we have reached base camp, if I can describe it as that, with the vaccine deployment programme, over six and a half million people now with the first dose..a long way to go.

“We have had tremendous performance, the NHS family, our armed forces, the private sector, and the brilliant volunteers have come together to deliver this deployment.

He later reiterated his comments that it is “too early” to know if foreign travel will be on the cards this summer.

He told Times Radio: “We want to make sure we reopen the economy in a gradual way and that is very much our intention. The priority has to be schools.”

Boris Johnson is expected today to approve plans to force some travellers arriving to the UK to quarantine in hotels to limit the spread of new coronavirus variants.

The Prime Minister will discuss proposals for arrivals to quarantine in designated hotels to ensure they follow self-isolation rules with senior ministers.

Various options are said to be on the table, but Whitehall sources suggested that ministers may opt for a more limited system after aviation leaders warned that introducing tougher border rules would be “catastrophic” for the industry.

The officials said a less sweeping option would apply only to British residents returning from countries with more contagious strains - such as Brazil, South Africa and Portugal.

But the final decision is set to be made at a meeting of the Covid-O committee on Tuesday.

Mr Zahawi warned the country needs to be “very careful” as new strains emerge, and said an announcement on the quarantine plans would be made later.

He told Sky News: “There will be an announcement on this issue later on today, so I can only say to you that it is the right thing to do, because I am the Vaccines Minister, that as we vaccinate more of the adult population, if there are new variants like the South African or the Brazilian variants, we need to be very careful.

“We acted on those very quickly and of course dealt with travel from those countries, and from Portugal and elsewhere, rapidly so it is important we continue to review our border policy and an announcement will be made when a decision has been taken.

“And of course the industry itself will be engaged with heavily, including (Health Secretary) Matt Hancock engaging with the industry to explain the decision making at health, as well as of course the business department with the Business Secretary.”
#vaccine  #Covid  #Coronavirus  #Boris Johnson  #Vaccines
Add Comment