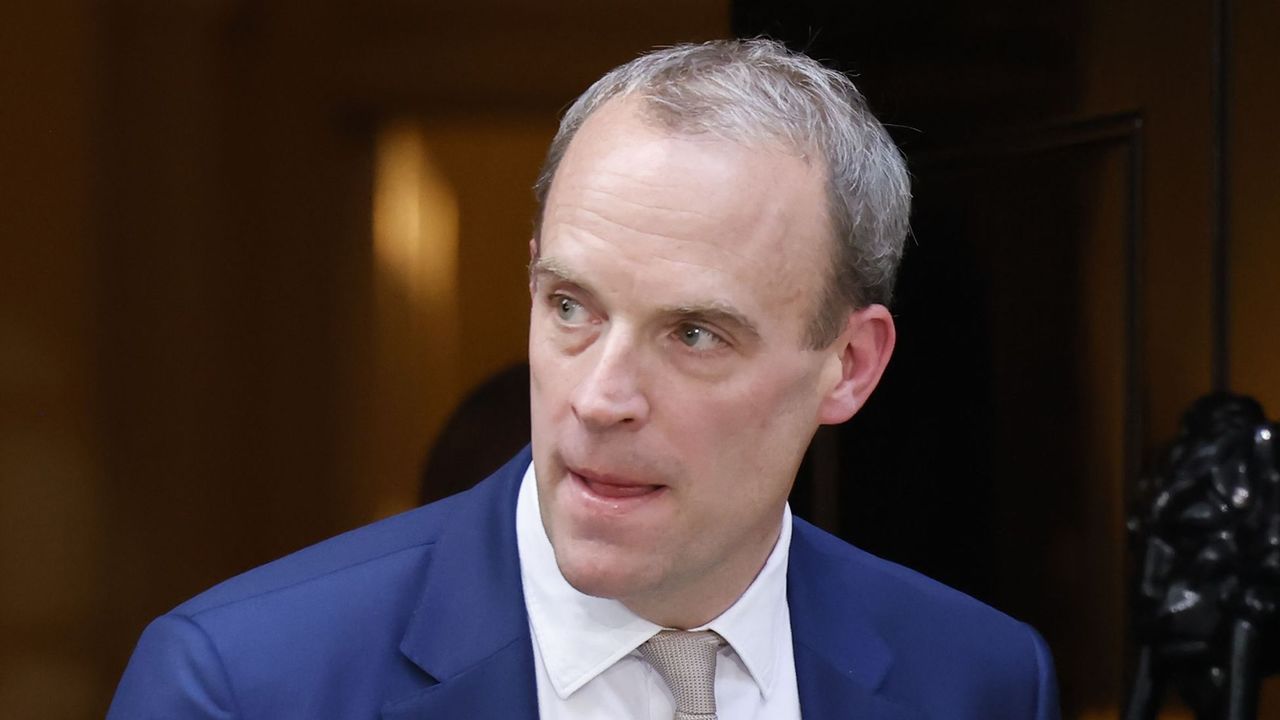 Dominic Raab is facing an investigation into his behaviour after two formal complaints were made against him.

The deputy PM has been accused of bullying officials when he held previous government roles, in a string of media reports over the past week.

He denied the allegations but when formal complaints were lodged earlier on Wednesday, he asked Rishi Sunak to launch an inquiry into his own conduct.

He said he would "thoroughly rebut and refute" the claims against him.

In a letter to Mr Sunak, Mr Raab said the complaints related to his time as justice secretary and foreign secretary under former Prime Minister Boris Johnson.

He added he had "never tolerated bullying" and had "always sought to reinforce and empower" civil servants.

Mr Raab's letter came ahead of Prime Minister's Questions, where he stood in for Mr Sunak - who is at the G20 summit in Indonesia.

Mr Raab told MPs he understood the complaints against him were made on Tuesday, and he was notified on Wednesday morning.

He added he was "confident that I have behaved professionally throughout".

"I will thoroughly rebut and refute any of the claims that have been made," he added.

Mr Sunak told reporters on Tuesday morning UK time he was unware of any formal complaints against his deputy PM.

In a letter replying to Mr Raab, Mr Sunak said: "I know that you will be keen to address the complaints made against you and agree that proceeding in this way is the right course of action."

Downing Street said work had begun to find an independent investigator, adding that the person appointed would come from outside government and would not be a serving civil servant.

The spokesperson also said the prime minister would remain the "ultimate arbiter" of the ministerial code, and the investigator will pass their findings to him.

Such a probe would normally fall within the remit of the PM's adviser on ministerial conduct.

However, that position has been vacant since the previous occupant Lord Geidt quit in June after conceding Mr Johnson may have broken ministerial rules over Partygate.

Asked by Labour deputy leader Angela Rayner at PMQs when a replacement would be appointed, Mr Raab replied a recruitment process was under way and "taking place at pace".

Ms Rayner criticised the absent prime minister for the lack of a replacement so far, saying it showed "no ethics, no integrity".

She added that Mr Raab "had to demand an investigation into himself because the prime minister is too weak to get a grip".

Mr Raab was sacked as justice secretary and deputy prime minister by former PM Liz Truss when she took power in September.

But the Esher and Walton MP was reappointed to both roles by Mr Sunak following his election as Conservative leader by the party's MPs.

On Tuesday, the former top civil servant at the Foreign Office said colleagues were "scared" to go into Mr Raab's office when he was foreign secretary.

The peer said he "had several conversations" with Mr Raab about his behaviour, but was not aware of any formal complaints about it.

Dominic Rabb: "I am confident I have behaved professionally throughout"