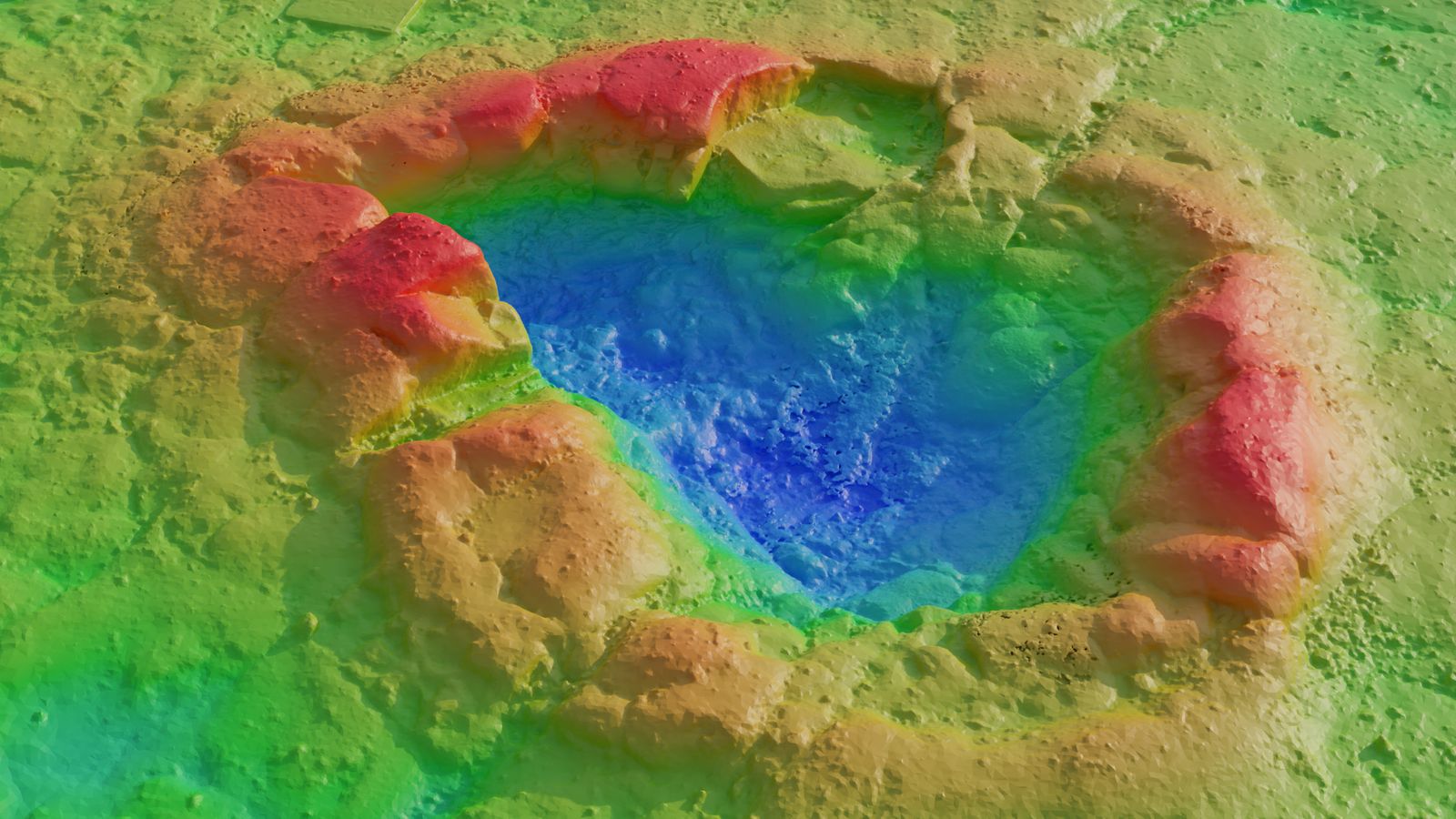 The tracks were discovered last year on a beach in Penarth, Vale of Glamorgan, and reported to the Natural History Museum where palaeontologists carried out an investigation.

Footprints of an early relative of a dinosaur have been discovered on a South Wales beach from more than 200 million years ago, according to experts.

Natural History Museum palaeontologists believe the footprints, known as a trackway, were left by a very early sauropod or a prosauropod dating from the Triassic period.

The impressions were discovered on a beach in Penarth, Vale of Glamorgan, in 2020 by amateur palaeontologist Kerry Rees, who reported the find to the Natural History Museum.

Initially sceptical of the report, Dr Susannah Maidment and Professor Paul Barrett carried out an investigation and now believe the footprints are from an early relative of a dinosaur. 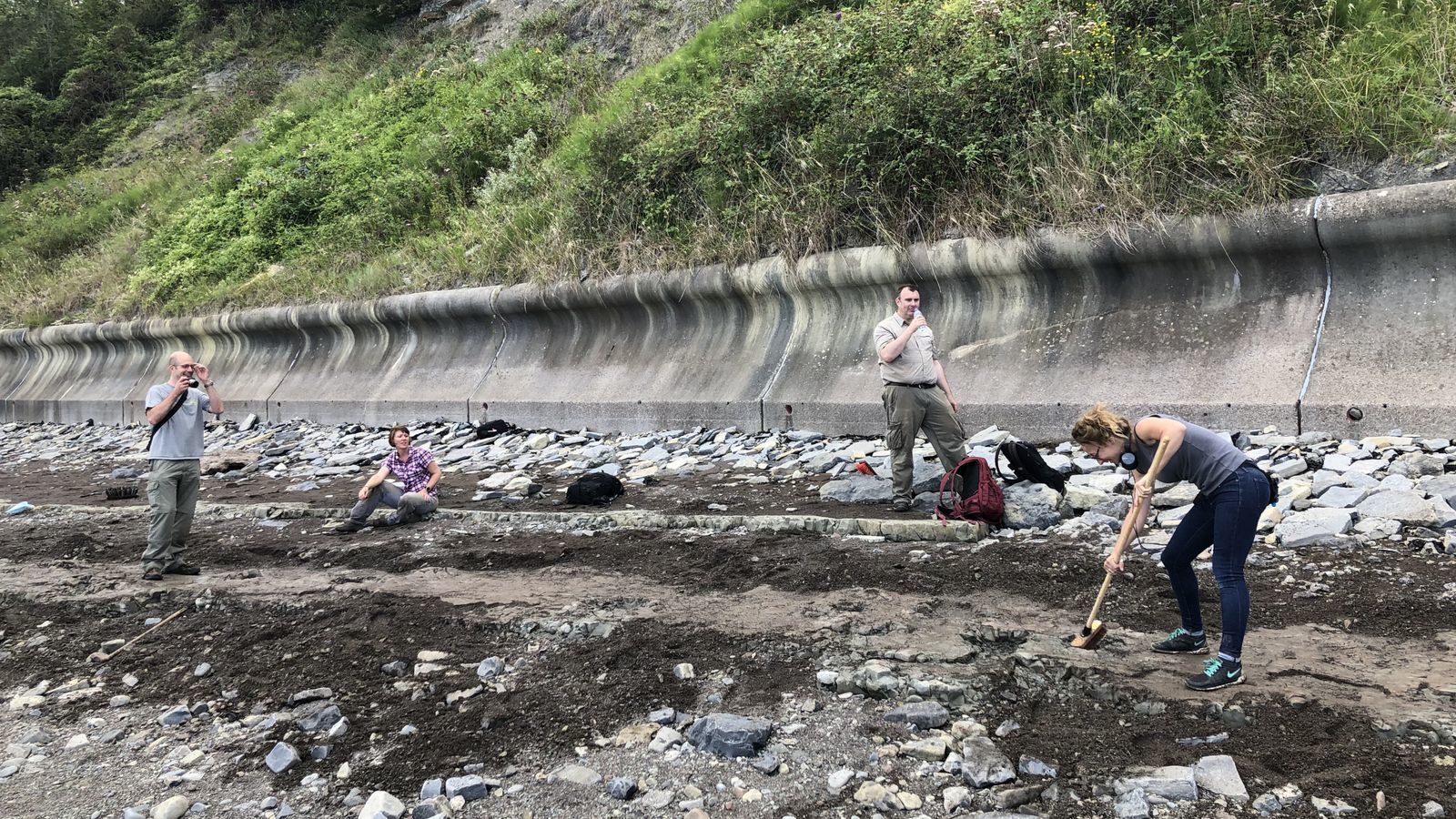 The footprints could have been made over 200 million years ago by an early relative of a dinosaur, experts believe

Dr Maidment said: "We get a lot of inquiries from members of the public for things that could be trackways but many are geological features that can easily be mistaken for them.

"However, from the photographs, we thought they were a fairly good contender for something that could be tracks and that it would be worth taking a look."

Prof Barrett said: "We believed the impressions we saw at Penarth were consistently spaced to suggest an animal walking.

"We also saw displacement rims where mud had been pushed up. These structures are characteristic of active movement through the soft ground."

Toe marks were not clearly visible in the impressions, which are typically the tell-tale sign of an animal footprint.

But a survey of the site in Penarth from 10 years ago included photographs that showed features like toe impressions due to less weathering.

This suggested the identity of the animal that made them, along with further evidence that the impressions were in fact footprints.

Palaeontologists now believe the impressions are an example of eosauropus - which is a type of track thought to have been made by a very early sauropod or near sauropod-relative, the group of dinosaurs that later included the famous diplodocus. 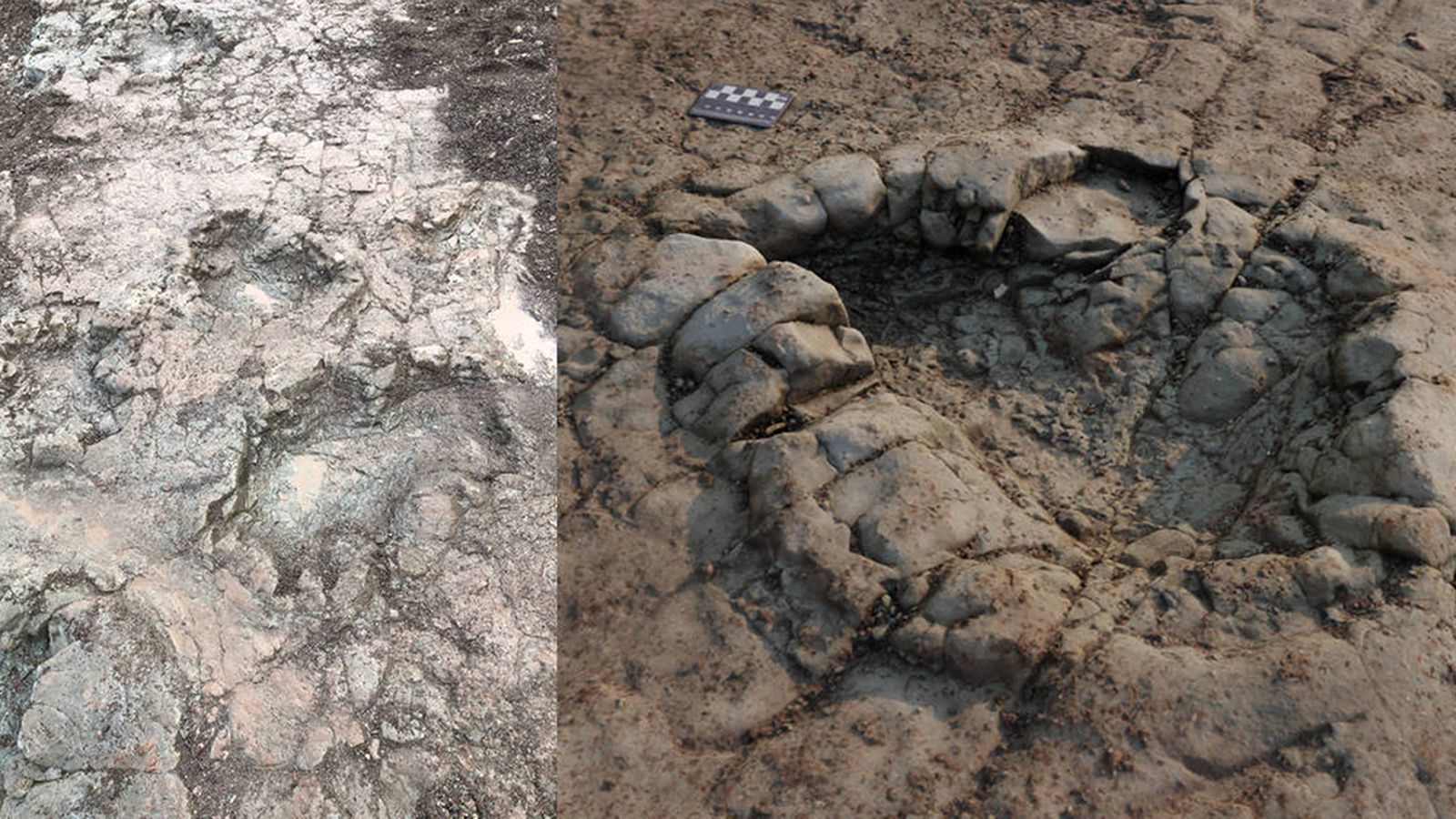 Footprints found on the trackway on the beach in Penarth, South Wales, next to a 3D image of a footprint

Dr Maidment said: "We know early sauropods were living in Britain at the time, as bones of camelotia, a very early sauropod, have been found in Somerset in rocks dated to the same period.

"We don't know if this species was the track maker, but it is another clue which suggests something like it could have made these tracks."

Dinosaur trackways can reveal a wealth of behavioural information about an animal, as well as provide data on how they may have walked and their movement in herds. 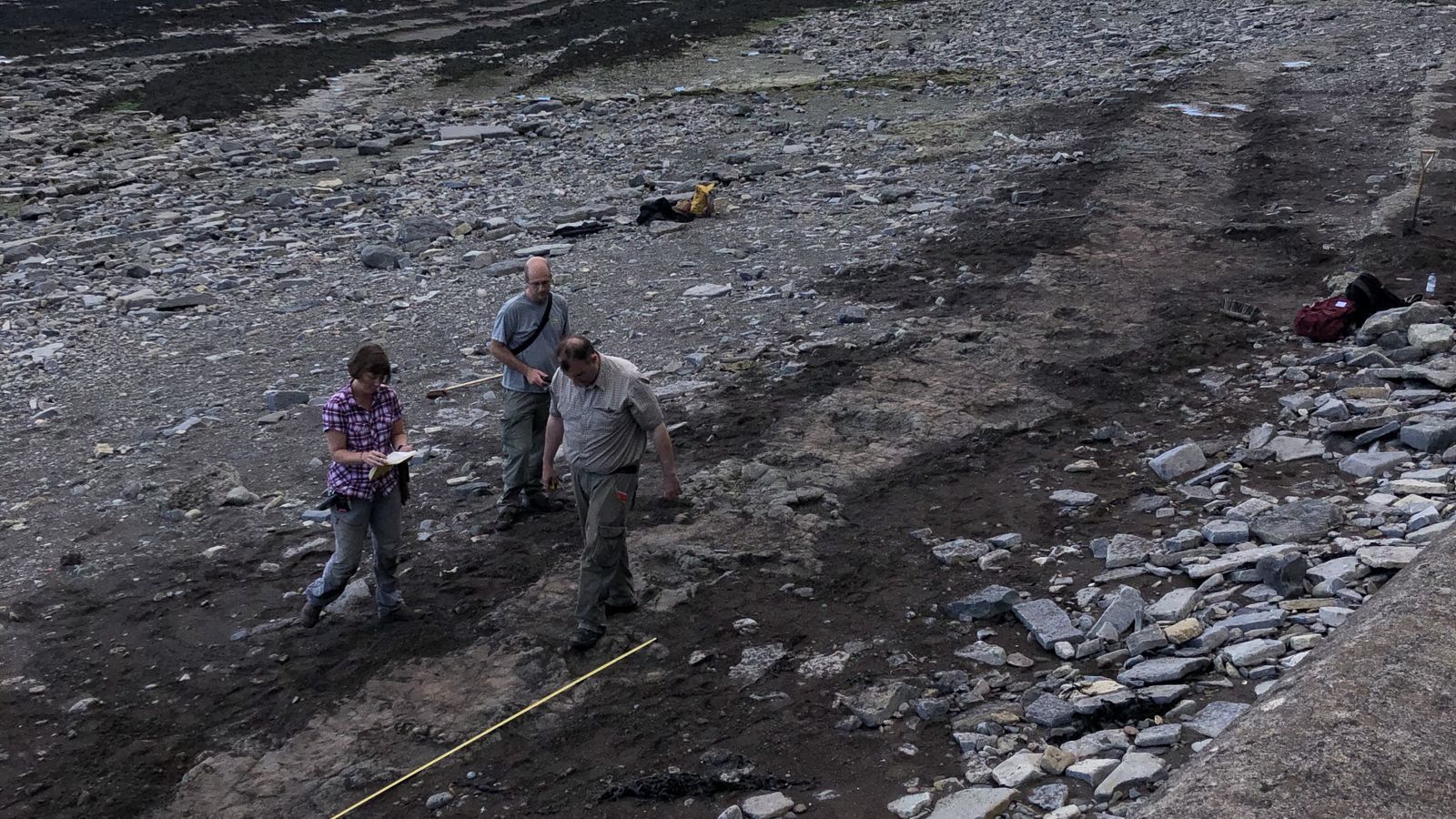 Prof Barrett continued: "These types of tracks are not particularly common worldwide, so we believe this is an interesting addition to our knowledge of Triassic life in the UK.

"The record of Triassic dinosaurs in this country is fairly small, so anything we can find from the period adds to our picture of what was going on at that time."

The trackways found in Penarth have been documented for future study using 3D imaging techniques and will remain on the shore until the tide eventually erodes them away.

The findings have been published in the journal Geological Magazine.