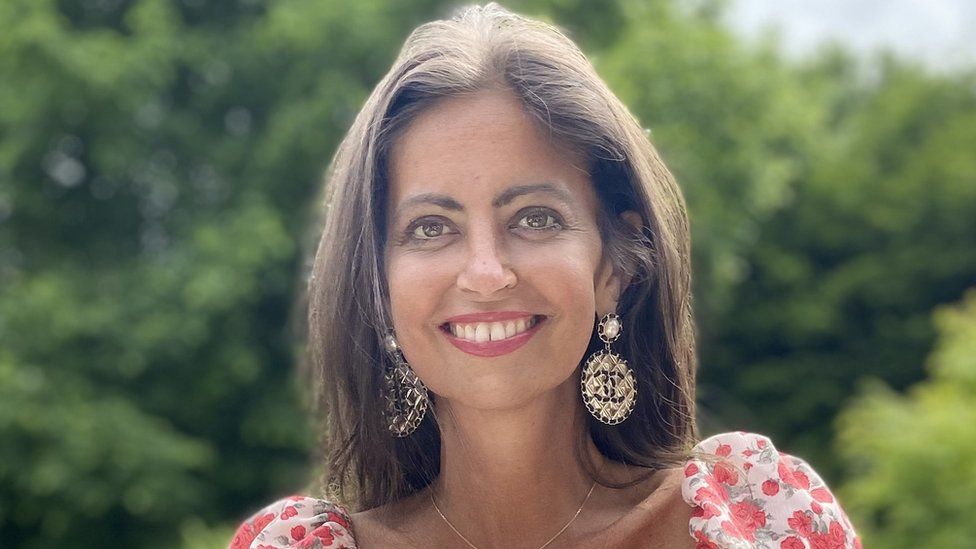 Podcast host Dame Deborah James has visited the Chelsea Flower Show to see a rose which has been named after her.

The 40-year-old host of the BBC's You, Me and the Big C podcast revealed earlier this month she is receiving end of life care after being diagnosed with bowel cancer in 2016.

The mother-of-two said she hoped one day the rose might feature in her daughter Eloise's wedding bouquet.

"It meant absolutely everything to me," she told the BBC.

Dame Deborah, who has said roses are her favourite flower, visited Chelsea on Tuesday evening with her husband for a private tour lasting around an hour - which BBC presenter Sophie Raworth helped organise alongside the Royal Horticultural Society Chelsea.

"Flowers are a reminder of our future," Dame Deborah said. "We plant the seed not knowing what we might see grow.

"Being around nature gives us a lift and it is a reminder that life continues to blossom, even in some of the hardest places, and brings a smile to all of our faces, even in the hardest of times - particularly mine."

The rose was introduced at the flower show on Monday by World of Roses as well as the Harkness Rose Company, which bred and named the rose. 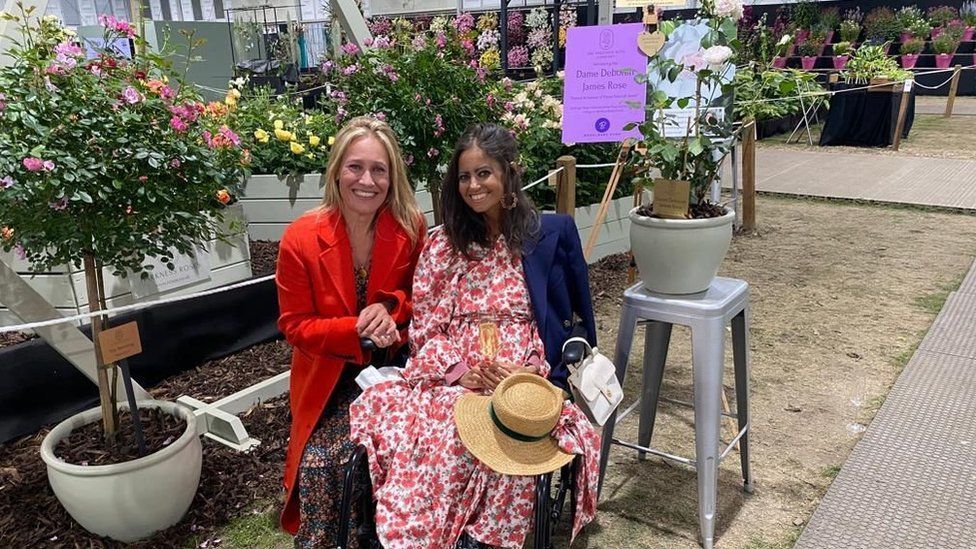 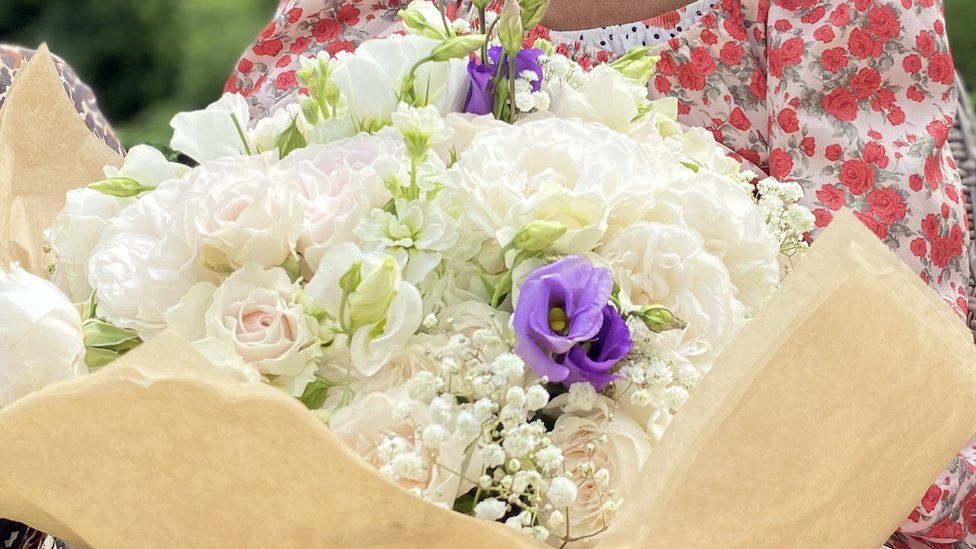 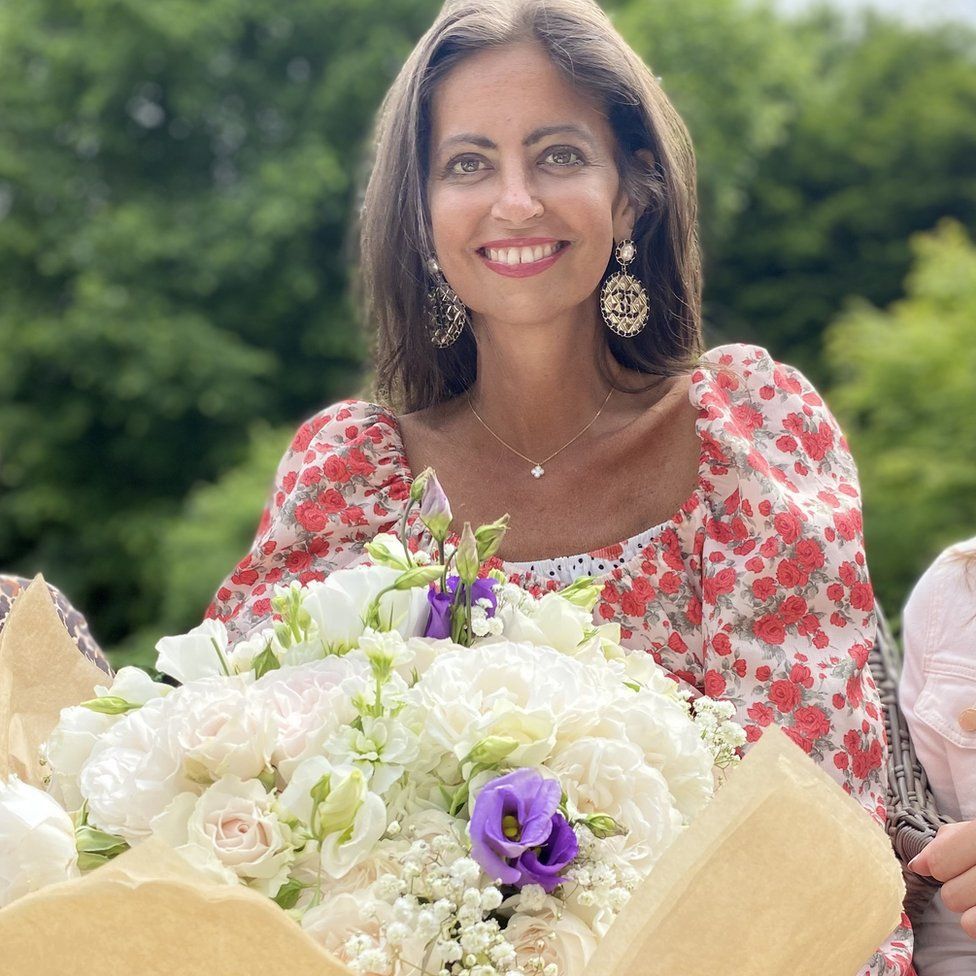 It is described as a floribunda which produces masses of white blooms with a subtle "ballet slipper pink" centre. It is repeat flowering from early June.

From the sale of each rose £2.50 will go to the Bowelbabe Fund for Cancer Research UK, which has raised £6.5m since Dame Deborah revealed that she was moving into hospice-at-home care.

Since her announcement, she has received an outpouring of support and been made a dame, with the honour conferred by Prince William at her family home on 13 May.

What are bowel cancer symptoms?

*  Blood in the stools without other symptoms, such as piles

*  Abdominal pain, discomfort or bloating always brought on by eating

Dame Deborah began co-presenting the Big C podcast alongside Lauren Mahon and the late BBC Radio 5 Live newsreader Rachel Bland in 2018, with the show earning praise for its frank discussion of cancer.

They spoke to celebrity guests and talked about practical matters including hair loss tips and how to tell your nearest and dearest. 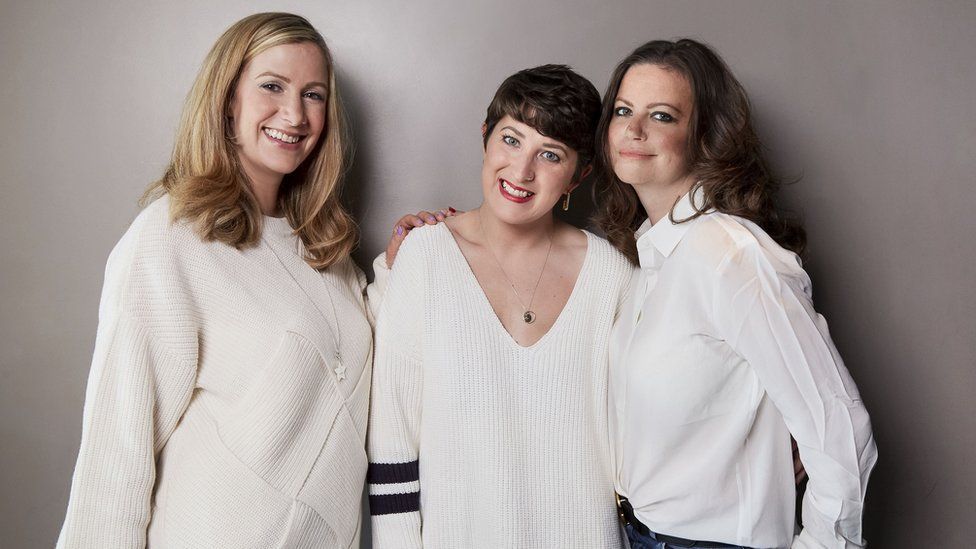 James co-hosted You, Me and the Big C with Rachael Bland (left) and Lauren Mahon (centre)