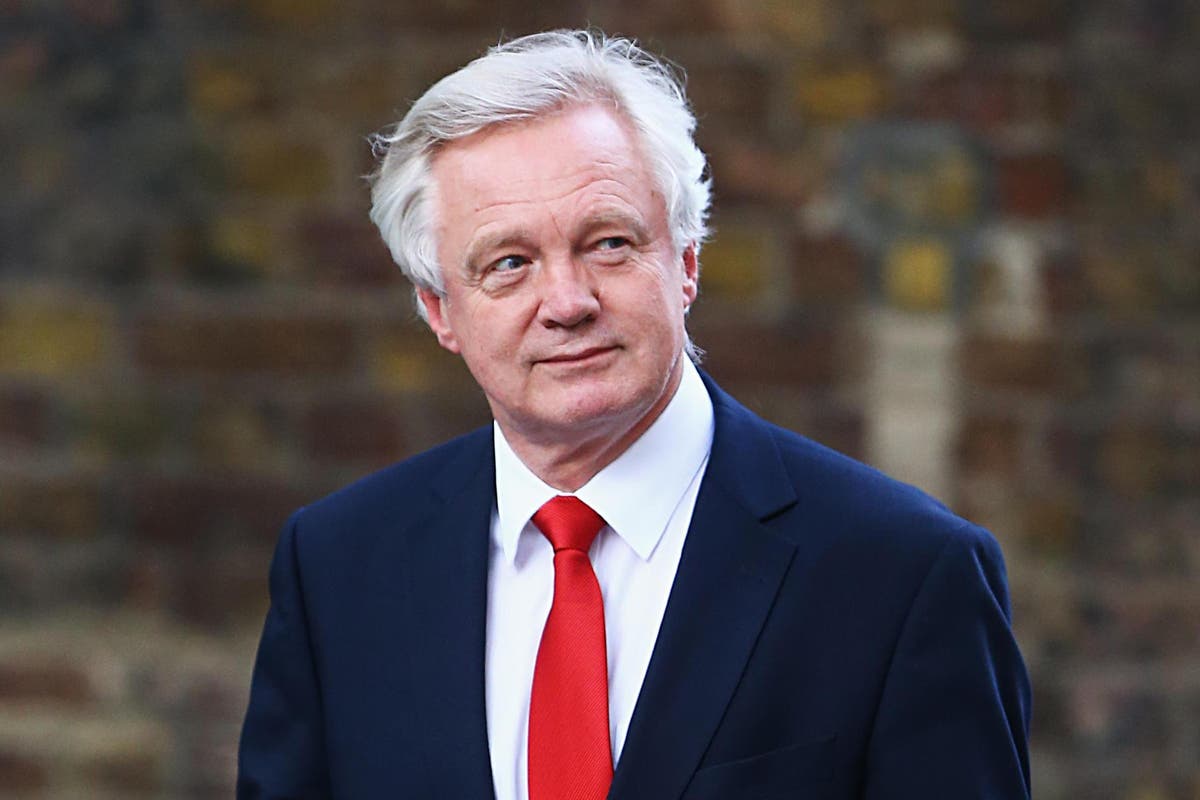 The former Brexit Secretary blames Covid for failure of leaving the EU to deliver economic benefits to the UK
David Davis has has admitted that Brexit has not delivered any ‘major’ economic benefits six years on from the vote to leave the EU.

The former Brexit secretary, who championed the case of leaving the EU to boost the economy, blamed the impact of Covid for the lack of postive results.

He admitted: “We haven’t seen any economic benefit for having left the EU ... No major ones.”

The Tory backbencher instead claimed here had been “minor ones” such as the UK beginning delivery of Covid vaccines in 2020 before the rest of Europe.

Speaking to Times Radio, he added: “Just easing our way out of a Covid crisis, you can’t make any sensible economic measures at the moment.”

Mr Davis said he agreed with prime minister Rishi Sunak in insisting the head of the CBI, Tony Danker, is “wrong” to believe looser immigration rules would help rescue the economy.

The prime minister previously asked about the possibility of a Swiss style relationship with the UK with closer economic ties to the UK: “Let me be unequivocal about this. Under my leadership, the UK will not pursue any relationship with Europe that relies on alignment with EU laws.”

The CBI has pointed to a lack of workers as a key reason for its warning that last week’s autumn statement had no plan for growth.

Speaking at the Confederation of British Industry (CBI) annual conference in Birmingham, Mr Sunak said on Monday he wished to be “unequivocal” that the UK “will not pursue any relationship with Europe that relies on alignment with EU laws” under his stewardship.

“I voted for Brexit, I believe in Brexit and I know that Brexit can deliver, and is already delivering, enormous benefits and opportunities for the country – migration being an immediate one where we have proper control of our borders and are able to have a conversation with the country about the type of migration that we want and need,” he said.

“We weren’t able to do that inside the European Union, at least now we are in control of it.

“When it comes to trade, it means that we can open up our country to the world’s fastest-growing markets.

“I’ve just got back from the G20 in Indonesia, we’re talking about signing CPTPP, where we’ve got some of the most exciting, fastest-growing economies in the world and we can become a part of that trading bloc, that’s a fantastic opportunity for the UK.”

He said the UK could also have “regulatory regimes that are fit for the future that ensure that this country can be leaders in those industries that are going to create the jobs and the growth of the future”.
#Vaccines  #Covid
Add Comment