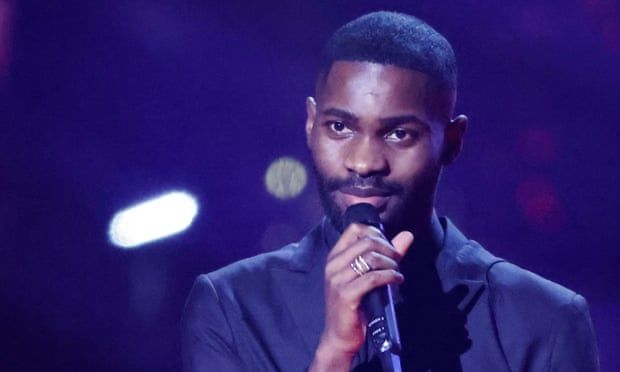 Dave has been crowned songwriter of the year and Sam Fender has picked up his first prize at this year’s Ivor Novello awards, which celebrate Britain’s best songwriters and composers.

Winning his fourth Ivor in five years, Dave was commended for his second album We’re All Alone in This Together, which topped UK charts and spawned three simultaneous top 10 singles – Clash (featuring Stormzy), Verdansk and In the Fire.

As part of his continuing collaboration with Fredo, the rapper also co-wrote the hugely successful tracks Back to Basics and Money Talks, the Ivors Academy said. Following a Brit award win for best hip-hop/grime/rap act earlier this year, Dave dedicated his award to “the rappers that have suffered for years and years, and broken down so many barriers in this industry that I’m in right now”.

Fender took home his first Ivor after winning best song musically and lyrically for the track Seventeen Going Under, which chronicles his life at the age of 17 and the challenges he and his mother faced. The North Shields singer-songwriter recently sold out his “biggest gig to date” at Finsbury Park in London, following in the footsteps of Arctic Monkeys, Queens of the Stone Age, Pulp and Liam Gallagher.

Ed Sheeran, Fred Again and Johnny McDaid won in the most performed work category for their collaboration on the UK’s biggest song of 2021, Bad Habits. It is Sheeran’s fifth Ivor, after he won in the same category in 2019 alongside McDaid for Shape of You.

With a catalogue of more than 140 songs and more than 80m record sales, a special international award celebrated the global impact and songwriting achievements of the Colombian superstar Shakira.

The award for best contemporary song went to Dean “Inflo” Josiah Cover and Little Simz for I Love You, I Hate you, a powerful address to Little Simz’s father from the album Sometimes I Might Be Introvert. Inflo was nominated for four awards this year, more than any other person.

In total, 21 songwriters and composers collected Ivor Novello awards across 14 categories at a ceremony at London’s Grosvenor House on Thursday.

Laura Mvula won the award for best album for Pink Noise, which she wrote with Dann Hume. “Sometimes it was hard to imagine getting to the finish line, so to know that it has made some impact in such strange times is really exciting for me,” Mvula has told the Guardian.

Breakout talent Naomi Kimpenu became the third consecutive female songwriter to win the rising star award for her debut EP Prelude. The four-track collection was described as “the ideal calling card, serving notice of what her perfectly poised vocals and sincere songwriting can do”.

Peter Gabriel received the fellowship of the Ivors Academy in recognition of his outstanding contributions as a musician, innovator, humanitarian and songwriter.

Shaznay Lewis, Ivor award winner and chair of the Ivors awards committee, said she was “absolutely thrilled” for this year’s winners. “It is a privilege to experience such an immensely powerful, emotive and eclectic range of music. Huge congratulations to everyone who took home awards, and every single songwriter and composer nominated,” she said.

The Ivors Academy recently launched TheWRD, a pre-degree diploma in creative entrepreneurship designed to help open access to the creative industries. It was also announced that Lauren Laverne would take over as host from Paul Gambaccini, who retires after hosting the ceremony since 1988.