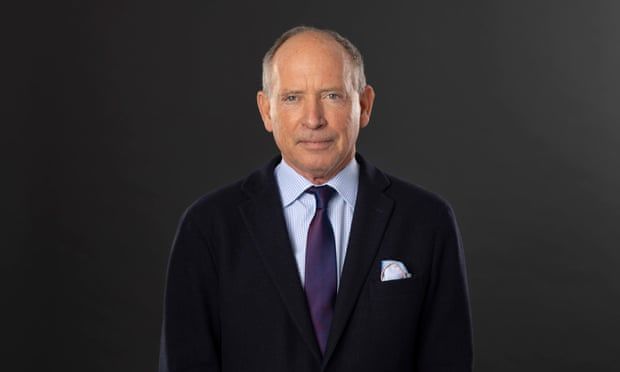 Ministers have been accused of another case of cronyism over the appointment of the new Channel 4 chair. Veteran businessman Sir Ian Cheshire has been chosen to oversee the broadcaster, which has been beset with rumours that it faces privatisation.

Cheshire, former chief executive of Kingfisher, the B&Q owner, served on a business taskforce for former prime minister David Cameron. He also oversaw the selection process under which Tory donor Ben Goldsmith was appointed to the board of the Department for Environment, Food and Rural Affairs. He is chairman of Goldsmith’s investment firm.

Cheshire’s appointment was greeted with surprise and concern from leading broadcasting figures. Two acclaimed former Channel 4 names, news anchor Jon Snow and Dorothy Byrne, the former head of news and current affairs, were among those to call on the new chair to protect the public-service remit of the 40-year-old commercial channel.

“We have to hope Sir Ian puts the public good first and is not just an arm of the Conservative government,” said Byrne. “In a world where there is a lot of money for costume dramas, we should not forget that wider broadcasting is vital for democracy.”

Cheshire, 62, is a recent business adviser to Whitehall and has previously backed key Conservative policies. Until January 2020 he was the chair of Barclays UK. He is credited with turning around Kingfisher plc, where he was chief executive until 2015, after a radical restructuring.

Channel 4 is owned by the public but funded by advertising. Its privatisation has long been in the sights of prominent members of the Conservative party. The appointment this weekend has prompted fresh fears that the state ownership of the commercial channel remains under threat.

Lucy Powell, the shadow culture secretary, accused culture secretary Nadine Dorries of “appointing a ‘yes man’ to pave the way for the sell-off of a great British broadcaster in the face of severe opposition in the independent production sector, as well as from the Tory backbenchers”. 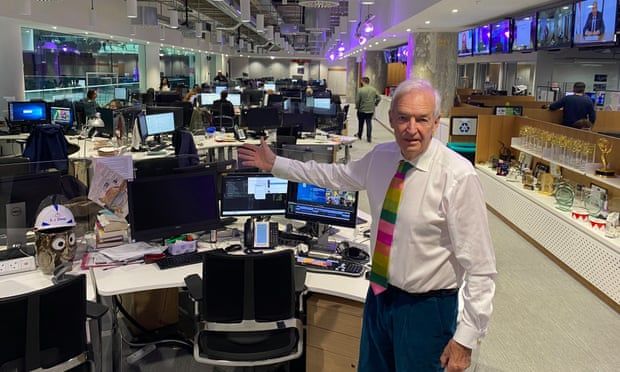 Jon Snow says he hopes Cheshire will protect the public service strengths of the channel.

Cheshire’s appointment follows the controversial announcement last month that Michael Grade, a Conservative peer, will be the new chair of Ofcom, the national broadcasting and communications technology watchdog. Lord Grade has been openly sceptical about the value of public service status in television.

Grade, who has chaired ITV, the BBC and Pinewood Shepperton during a long career, was questioned last week by the members of Knight’s digital, culture, media and sport committee about his knowledge of the digital world and telecommunications.

“The fact that the DCMS [the Department for Digital, Culture, Media and Sport] has taken only a matter of hours to put aside our concerns highlights once again that there are serious underlying issues at play here,” Knight said, adding that, despite the committee’s concerns, it wished the best to both Grade and Orlando Fraser, who has just been appointed chair of the Charity Commission.

“They both have a huge job on their hands, and the committee will be there to scrutinise and to help,” Knight concluded.

Both appointments were swiftly rubber-stamped by the culture department, although Knight’s committee had not formally endorsed Fraser and had expressed worries about Grade’s “clear lack of depth” on the subjects of social media and online safety.

Powell said the appointments of Cheshire and Grade meant key media jobs were going to the government’s political allies. “Coming fresh off the heels of the appointment of a Tory peer as head of Ofcom, this decision stinks of more cronyism,” she said. “Rather than advancing their war on Channel 4, a big driver of creative employment outside London, the Tories should focus on independent appointees who can do the job.”

Jamie Stone, the Lib Dem culture spokesman, said there was an urgent need for “fiercely independent media like Channel 4” and added: “Given this government’s longstanding determination to sell off Channel 4, a great British success story, to their rich City friends, this appointment needs proper scrutiny.”

Approving Cheshire for the Channel 4 role, Dorries said he had “an impressive record at the helm of some of Britain’s biggest businesses”.

Snow, speaking on Saturday, hoped Cheshire would confound expectation and protect “the public-service strengths of the channel”.

“I can’t believe the government has time to think about the privatisation of Channel 4 now, but unfortunately that seems to be the drift. Sir Ian would have to have no interest in broadcasting to be in favour of privatisation. So let’s hope he does have an interest in it.”

Byrne, who is now president of Murray Edwards College Cambridge, said the right new chair of Channel 4 should have the type of business background that can “help find new business models to maintain its public service broadcasting. Ideally, that would be somebody who is technical and digitally savvy, so this is a surprising appointment from the business perspective. We hope Sir Ian will learn. It is vital that he puts the interests of the public first and protects Channel 4’s role in reflecting the diversity of Britain.”