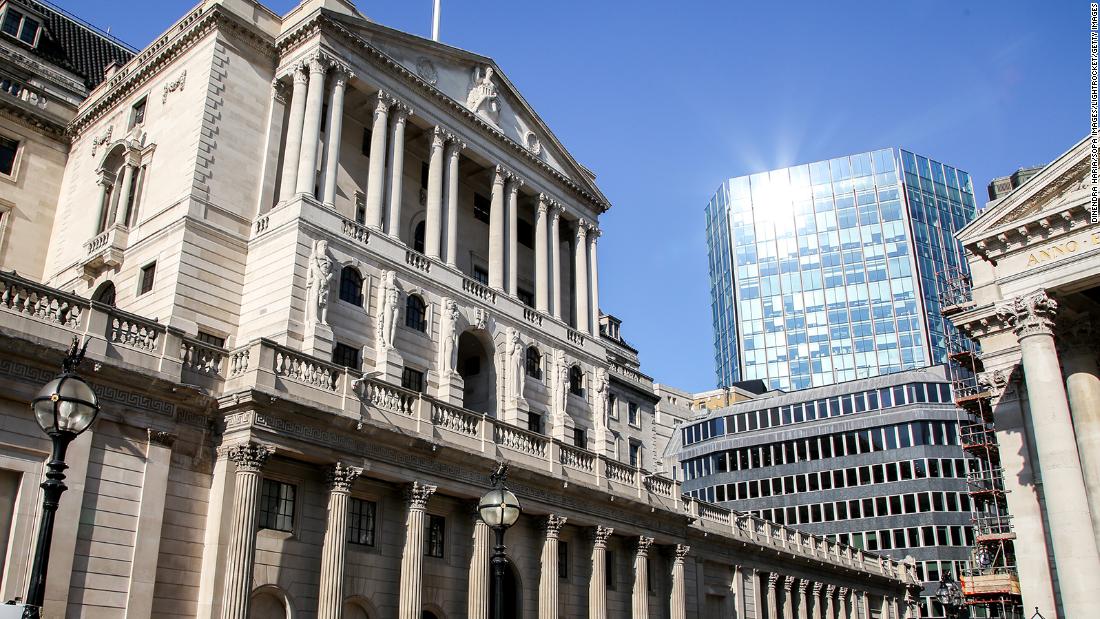 The UK economy is heading back into recession

The Bank of England is pumping another £150 billion ($195 billion) into the UK economy after warning of a double-dip recession because of the coronavirus pandemic and an uncertain outlook because of Brexit.
The UK central bank said on Thursday that it would keep interest rates unchanged at a record low of 0.1% but would increase its purchases of UK government bonds to £875 billion ($1.1 trillion).

Restrictions introduced to tackle a rapid rise in Covid-19 cases would weigh on consumer spending to a greater extent than the bank projected in August, "leading to a decline in GDP" in the fourth quarter of this year, it added.

England re-entered a national lockdown on Thursday, with restaurants, bars and non-essential businesses closed until December 2. The United Kingdom reported its second-largest daily increase in Covid-19 cases on Wednesday with 25,177 new infections recorded in 24 hours.

In a bid to soften the blow to households and businesses, UK finance minister Rishi Sunak on Thursday announced that the British government would extend its furlough program through March 2021. The government will pay 80% of the wages of employees of businesses forced to close, capped at £2,500 ($3,270) per month.

The lockdown and unresolved talks on a post-Brexit trade deal with the European Union left the outlook for the UK economy looking "unusually uncertain," the Bank of England said. Without an EU deal, UK-based companies face hefty tariffs, quotas and other barriers to doing business with the country's biggest export market from January 1.

"It depends on the evolution of the pandemic and measures taken to protect public health, as well as the nature of, and transition to, the new trading arrangements between the European Union and the United Kingdom. It also depends on the responses of households, businesses and financial markets to these developments."

Over the longer run, scarring caused by the pandemic will reduce the country's economic output by roughly 1.75%. GDP is not expected to exceed the level it reached at the end of 2019 until the first quarter of 2022.

A survey of business activity published Wednesday showed the increase in private sector activity last month was the weakest since June, with new orders declining and employment dropping.

"November's lockdown in England and a worsening Covid-19 situation across the rest of Europe means that the UK economy seems on course for a double-dip recession this winter and a far more challenging path to recovery in 2021," said Tim Moore, economics director at IHS Markit, which compiled the survey.

The UK economy is expected to have rebounded strongly in the third quarter after suffering the biggest GDP fall of any major economy in the second. It also shrank by 2.5% in the first three months of 2020.
#COVID-19  #Covid  #Coronavirus
Add Comment